Our review of Pokémon Sword and Shield has taken all the time it takes to be as honest as possible with the eighth generation players: here's what awaits you

You have been looking forward to the eighth generation of Pokémon, which comes just in this period exclusively on Nintendo Switch with Sword Pokémon e Shield Pokémon. We know, and you're not alone, of course. So many expectations, so many hopes: an unprecedented adventure for the first time on home console systems. Okay, Pokémon Let's Go Pikachu and Let's Go Eevee arrived last year, but they weren't new adventures, they were remakes. Pokémon Sword (the specific version that we have reviewed) instead provides a series of unpublished contents: history, protagonists, pocket monsters, net of many (too many) unconvinced shots.

It is surprising to say "the eighth generation is not convincing", real? Especially if the writer still assigns a more than discrete motion, after all, like a 7.5. Clearly this review must also be seen in the light of everything that preceded the series. Historically and diachronically speaking, Pokémon Platinum could never have taken 7.5. Not even Black and White. Heck, going to check maybe even Let's Go Pikachu and Eevee got a higher rating.

Why then Sword and Shield Pokémon have they not taken, for example, 8, 9 or even an unlikely 10, as has happened elsewhere, on other newspapers, including foreign ones? Because a review must be as objective and sincere with readers as possible, otherwise the credibility of the writer and the host of the writer is at stake.

This is the review honest of Pokémon Sword and Shield: the one that does not forgive, and precisely because, loving the franchise in question, he cannot let go of all the compromises he has had in front of him since the first minutes of the game. Enjoy the reading.

Adventures in Galar: the plot

Let's clarify it immediately: it is not the plot, the problem of Pokémon Sword and Shield (we speak in the plural, since the differences between the versions are minimal). Neither is the narrative rhythm, nor the characters proposed, the narrative expedients, and so on: the line is the one inaugurated starting from the third generation of Hoenn then, and we find all the classic clichés, no more and no less than elsewhere. Maybe it's all a bit too stereotyped, yes. The rivalry between the protagonists, reiterated every ten seconds. The fact that between Pokémon and humans there must be love and mutual trust, all right.

It really seems, in many cases, that the developers are talking to people who every two by three forget what they are doing, even the type of game they have purchased. Misconceptions aside, if you don't run as if you were being chased you will need about thirty hours to get to the credits. Okay, that's a "fair" amount considering the genre and minimal splash of components RPG related to grinding. Later, in the postgame, as everyone knows, the "real" adventure begins. And there hundreds of hours accumulate which is a beauty. 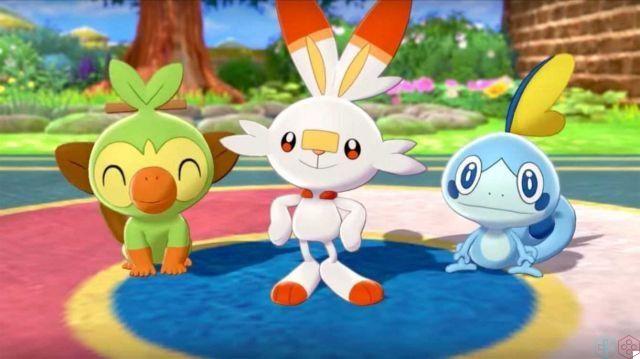 A first important complaint must instead be made against the difficulty level. It is not true that it is the same as the first chapters of the series ever, come on, let's be serious. How many times do you happen to read opinions like “eh, but in the end Blue and Red weren't difficult. Only then we were smaller ”. It's not true. Pokémon Blue and Pokémon Red were actually more difficult. Not because they were truly impossible, simply the difficulty level went disarmingly and noticeably flattening out. Any Pokémon is good for defeating Trainers. No enemy is ever too strong: you can always have a second chance, immediately.

You can escape from the wild, in Pokémon Sword and Shield, even anywhere Game Freak dared to introduce a real novelty: Pokémon of a very high level even in the initial areas. Where any kind of mechanics related to Game Over made the most sense, we chose to dare and then, inexplicably, pull back. Probably also to save at the development level in new areas for the post-game: better to insert all the Pokémon, strong and weak, in the same place. And greetings to all.

This non-existent level of difficulty can be easily brought up even at the Pokémon League, the most difficult event of the adventure, right? The Elite Four and then the Champion face off. Well, between one Elite Four and the next, the protagonist's team is put back together. Yes, you got it right. Do you remember this simplifying passage in Emerald? Or Platinum? There you either had revives and potions, or the Champions slapped you in the teeth. And the sense of fulfillment, once they were defeated, was remarkable. All this is missing. Is it really so stupid to think, in 2019, at a selectable difficulty level at the beginning of the adventure? Apparently, for Game Freak, yes. 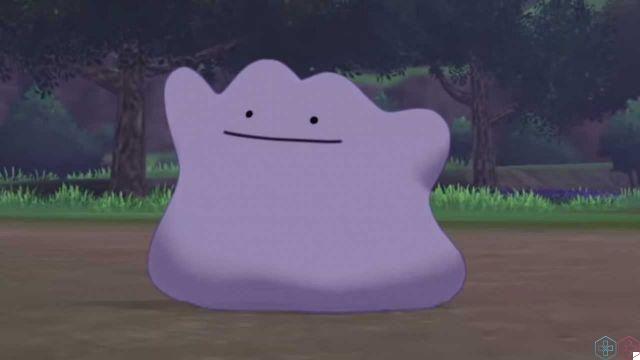 Pokémon Sword and Shield introduce some to the series important news, which in the coming months will reflect on the competitive: mainly it is the mechanics linked to Dynamax and possibly to that of the Gigamax. We did not take any particular drugs, rest assured: we will immediately explain what it is. At a certain point of their adventure in Galar, the player receives the Dynamax Wristband as a gift: in a similar (but different) way to what happened with the Z-Moves of Pokémon Sun and Moon, it guarantees important benefits during Pokémon battles.


Some specimens, in fact, and only under certain conditions (for example in the fights of the Gyms or in the Raids of the Wild Lands) can transform, obtaining the Dynamax form: they become basically gigantic, and gain particularly powerful and generic moves, based on the species and those they owned before the transformation itself. A Pokémon "dynamaxes" for a maximum of three turns, then returns to its normal state, losing the power-up. 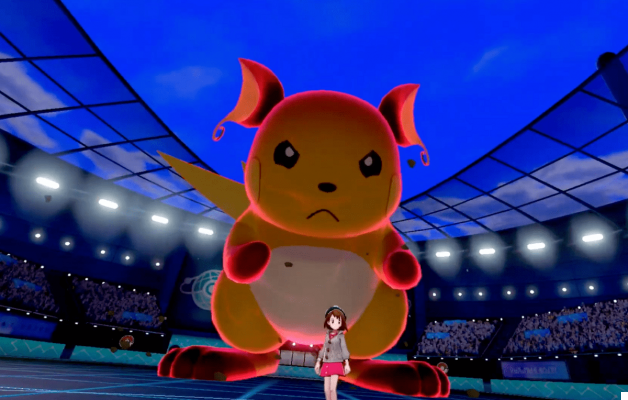 The Dynamax transformations of Pokémon Sword and Shield would also represent an interesting idea, if they were not limited to making Pokémon gigantic and making the battles of Galar more epic; on balance, however, this resulted in the removal of all other valuable features of the old chapters. Think of Z-Moves for example: go. Think also of the Mega Evolutions: disappear. Now, we won't be dictating to Game Freak what they can or can't put into their video game.

But it was necessary to eliminate all this, in order to insert at any cost an innovative mechanic that all in all is reflected on gameplay only up to a certain point? Couldn't we keep what was already there (and it was much more full-bodied), limiting the Dynamax at this point? Things work much better once you've seen the Wilds: a vast open world-like area positioned just before the city with the game's first gym.

Le Wildland they are the largest area ever seen in a Game Freak production and, although bare, it is full of specimens, even rare ones. It will also prompt the player to return to it later in the adventure, now to catch strong Pokémon that he couldn't face before (try to keep up with an Onix at 36 immediately after receiving the first starter), now to participate in the Galar Raids . The latter is a mechanic taken in weight in Pokémon GO and optimized for adventure on the home console: you fight together with three other trainers to defeat and then capture rare and / or powerful monsters. 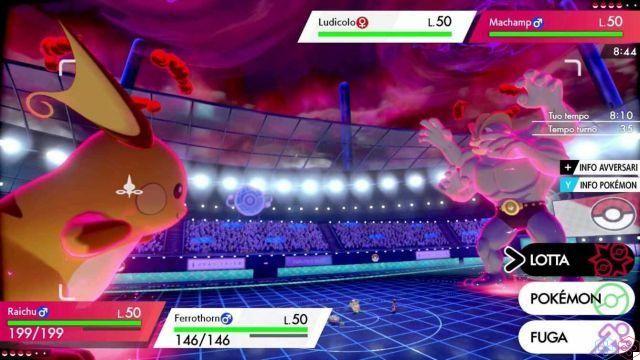 But let's go back to the Dynamax of Pokémon Sword and Shield we were talking about a little earlier. The Dynamax should not be confused with the Gigamax: once again it is a colossal transformation, but which comes into action only for certain very particular Pokémon. For example: any Scorbunny can Dynamaxize and become gigantic. But only Charizard, if Dynamaxized, gets the Gigamax form: that is, it changes appearance in battle, as long as the transformation remains active; and also earn more powerful bonus moves. Other Pokémon can also get Gigamax, such as Pikachu and Meowth; perhaps we will come back to these aspects later, because they deserve an exhaustive separate discussion.

The choice that we just couldn't tolerate, among the cut contents, is that relating to PokéDex: there are not all the monsters existing, in Pokémon Sword and Shield. And this is a very serious fact, in a franchise that has always focused on collecting: it does not matter if the player has the time or desire to "capture them all". If the motto has always been that, there must be a reason: Game Freak will probably run for cover next year. Hopefully.

Il technical sector of Pokémon Sword and Shield is simply laughable and denotes once again the poor ability of Game Freak to optimize its resources: it is not clear how it was possible to obtain qualitatively lower levels than those of Pokémon Let's GO Pikachu and Eevee, but unfortunately just one quick glance to realize it. Let's forget about polygonal models, renders and surfaces with a ridiculous level of detail (take a careful look at the walls of the buildings, the leaves of the plants, the ground and details that are not too secondary).

Okay, Nintendo Switch is not a monster of power, but we want to remind you that it manages to make the open world of The Legend Of Zelda Breath of the Wild “run” at its best? The situation clearly improves from the point of view of game loading and transition phases, very fast. However, we expected more from the franchise's first home console adventure; the titles released last year were in fact remakes. 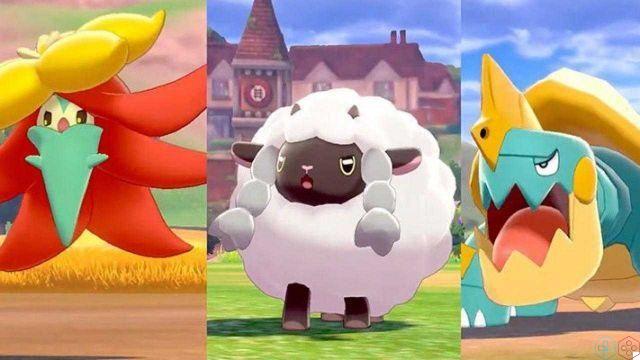 The verdict of the Pokémon Sword and Shield review? They are great titles available on Nintendo Switch, based on collecting, on the longevity of the main adventure and the endgame, and also from the point of view of the light RPG mechanics present. They also represent the less successful Pokémon series titles of recent years: from the point of view of originality and innovations, Pokémon Sun and Moon were light years ahead, even simply considering the Ultra Beasts and Z-Moves. Too many historical and very important details of the franchise have been sacrificed by Game Freak, without offering something truly innovative in return.

Transformations into gigantic Pokémon? You can do without it, honestly. Online and local raids? Apart from that they cannot be dealt with locally except with the CPU: they are practically the varied copy of those present on Pokémon GO. And again, we must remember the drastically downsized PokéDex and the obsolete technical sector. However, there are still titles from the Pokémon series: even with a bitter taste in the mouth, even thinking about what they could have been, you cannot miss the appointment with the eighth generation of Galar.

Adventure certainly he could aspire to much higher grades, like a sumptuous 9 for example. Instead, it must settle for a 7. If you don't believe that the vote is right (everything in life is questionable) think about the history of the franchise, think about all the Pokémon games that you have already finished. Then buy Pokémon Sword and Shield and get to the end credits. Finally come back here and read the review. Were we right or not? The question is obviously rhetorical.

add a comment of Pokémon Sword and Shield review, the eighth generation