One of the latest experiments based on the Games Workshop brand also arrives on consoles, find out with our review if it is worth buying the new version of Warhammer 40K: Mechanicus

Anyone who can call themselves a fan of Western RPGs, tabletops and miniatures will surely have heard of Warhammer 40K at least once in their life. Born in the now distant 1987, the Warhammer brand then expanded from the world of miniatures to reach, obviously, the videogame market. Over time, Warhammer titles have touched different genres and types of gameplay, however, very often preferring turn-based or real-time strategy. There was no lack, however, of collectible card games, third-person action and MMORPGs. A prolific brand, certainly, even if of very fluctuating quality.

Among the low-budget, but rather promising titles, Warhammer 40K: Mechanicus is also included. Developed by Bulwark Studios and originally released on PC in November 2018, a console transposition was then announced (PlayStation 4, Xbox One and Nintendo Switch) initially scheduled for May, then postponed to July 17 2020. And that's right after several tens of hours spent on the for version Nintendo Switch that we want to tell you our on the new iteration of Warhammer. Welcome to the Warhammer 40K: Mechanicus review. 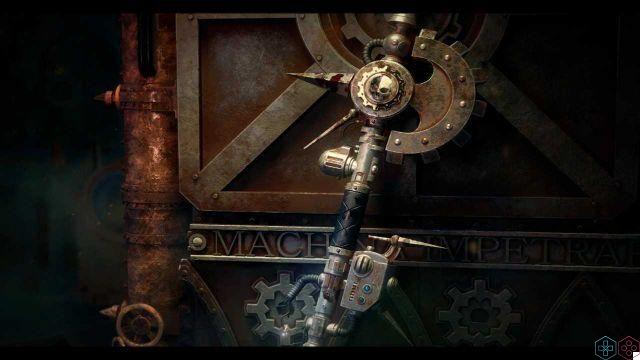 Let's start with a simple assumption: Mechanicus is a primarily fan-oriented title of the Warhammer 40K universe. The accessibility to the elements of the "plot" (even if, technically, it is more correct to call it "lore") is practically nil. Therefore, if you are not used to the themes and terminology of the Games Workshop universe, you risk finding yourself terribly disoriented. A criticism that could in any case be made in any way taken from the brand, therefore not necessarily “a criticism”, but a way of being and existing.


In Mechanicus the main focus is the (rather fascinating) religion of the Cult of the Machine, which has Omnissiah as the only and true God. The protagonists of the title are the Adeptus Mechanicus, and those who know a little Latin can already understand who they are devoted to. Real mixtures of scrap metal and flesh, detached from both the Xenos and the Empire, who seek the purity and grandeur of Machines and Technology as the only real purpose of their existence.

A varied cast and certainly well characterized by long and often funny dialogues. Khepra, Videx, Scaevola and Magos Dominus Fastinus himself each have an interesting and well-defined personality both in their individual personal details and in their relationships with other Adepts. 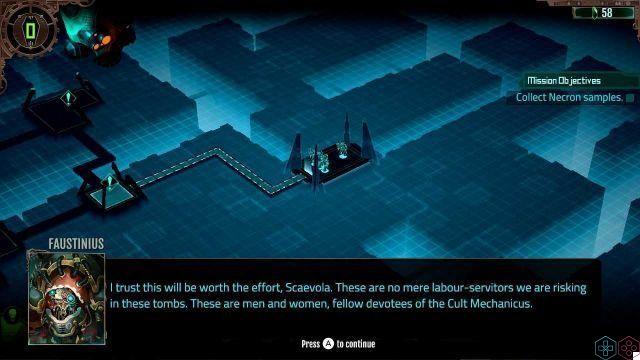 The "story", in any case, purely revolves around the exploration of a single dungeon, an event therefore completely detached from the real Lore of Warhammer 40k. However, this does not detract from the interest and depth of the events narrated. We will find ourselves in command not of the Adepts, who are obviously superior entities and therefore would never dream of getting their hands dirty, but of the Tech-Priests, our base units and upgradeable over the course of the adventure. We will therefore have to juggle phases of exploration and guerrilla warfare against the Necrons. Like? Simply: with turn-based strategic combat.

The Adepts will check the situation from their ship, through which we will be able to carry out all the preliminary operations before launching an operation. In particular, at the beginning we will be "equipped" with two Tech-Priest units and simple pieces, the Servitor, that they will only be able to attack hand-to-hand and not very effectively, we are unbalanced to say.

While the tokens, even the most powerful and advanced ones, cannot be customized in any way (they will therefore have very specific equipment and skills), the Tech-Priests can be improved in many aspects through the use of Blackstones, the game's "currency" that we will obtain during the exploration and once the missions are concluded. 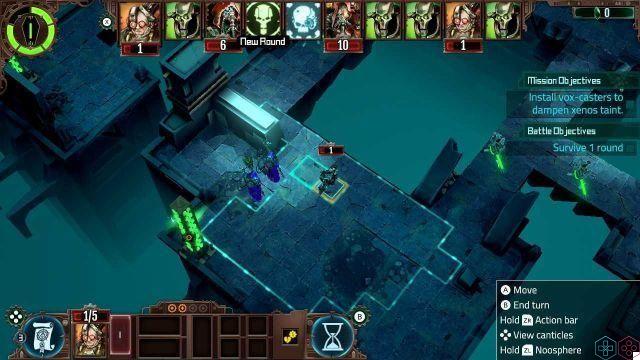 The Tech-Priests are customizable both in skills, with seven branches of Disciplines to choose from, and in equipment. The more we improve our Tech-Priests, the more passive and active pieces of equipment we can activate, the more skills we can use on the battlefield. We will then be able to use the Blackstone also to replenish our ranks of Pawns gradually more and more powerful, but alas expensive. Saving money or accepting missions that reward us the most (albeit more difficult) will be important choices in continuing the adventure.

The completion of the Silva Tenebris Dungeon, this is the name of the planet protagonist of Mechanicus, will be divided into two distinct phases. A first exploration, during which we will find ourselves continuing in the various rooms of the dungeon to start random events that can give us Blackstone and various rewards, but which at the same time will increase the alert level of the dungeon and therefore the power of the enemies. This is, to be fair, the weakest part of Mechanicus. The events will be truly random and the resulting bonuses or penalties will often be of relative importance. 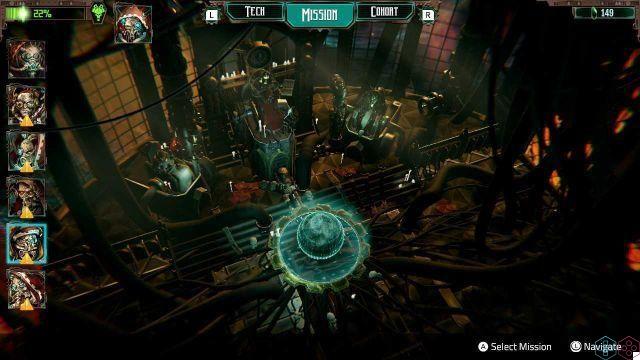 However, it is in the second "phase" that Mechanicus gives its best: turn-based combat. We will find ourselves moving on a chessboard divided into the classic squares, on which we will find various scenario objects scattered behind which it will not be possible to "cover", but which can interrupt the lines of fire of ranged weapons. On this chessboard we will place our Tech-Priests and the rest of the pawns we have chosen in the selection of the mission and we will find ourselves fighting the fearsome forces of Necron in fights to the death.

The clashes will mainly be based on the use of Cognition Points (CP) obtainable through some passive equipment or objects present on the scenario, such as towers or pinnacles, or finally by eliminating the enemies. Through the Cognition Points, the Tech-Priests will be able to use more powerful skills and weapons or move for longer distances on the board. All very limited resources and that we must know how to make the most of to complete the game. 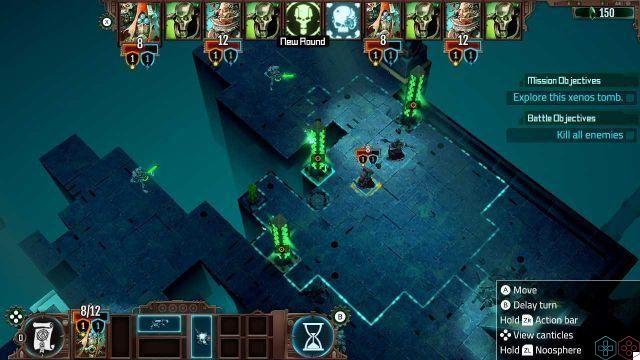 Or maybe not… - Warhammer 40K review: Mechanicus, praise to Omnissiah!

Customizing our Tech-Priests will also open up an infinite range of fighting possibilities, which will no longer be a simple fight to those who have the biggest (health). Although the AI ​​of the enemies is often quite infamous and will try to exploit every opening to do us damage, we will soon realize that by developing our units to the best we can simply become immortal. Ringing attacks on attacks will allow us to inflict a huge amount of damage, which will break down that wall of difficulty that often blocks players in the first hours of the game.

A difficulty, that of Mechanicus, therefore rather false and overcome with a few hours of patience and training in the game mechanics. Perhaps this is the biggest flaw of the base game: the inability to have an exciting level of challenge even after the first few hours of play. We found ourselves choosing the most difficult missions at the base, because they weren't so difficult in the end, and inevitably getting rewards that empowered us even more.

As for the Nintendo Switch version, the title performs quite well both in the dock and in the laptop. We have not witnessed major technical flaws, although obviously the final aesthetic result is more enjoyable in the PC version. What is lost in console conversion is the convenience of using Mouse and Keyboard. The controller, as good as we may be, will never be comfortable enough for this type of game. The console version, however, contains the DLC as well as the base game 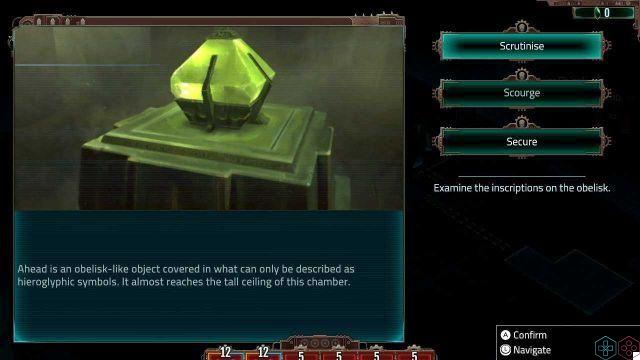 Definitely, Warhammer 40K: Mechanicus is a title primarily geared towards fans and enthusiasts of the Games Workshop brand. A sui generis title, devoted to a more than thirty-year-old trademark, which has been able to involve and create a rich and varied fandom. It is therefore not suitable for novices of Warhammer 40K, unless you decide to live the title exclusively for the good gameplay mechanics without looking further into the game lore.

Too bad for a level of difficulty not really exciting and for controller commands notoriously not very comfortable for turn-based strategists. If you manage to override these little "flaws", you can have fun exterminating hordes of Necron. Praise to Omnissiah!