Those Who Remain review, an ambitious, unsuccessful hybrid

From the genre created by Amnesia and continued with Outlast, Camel 101 tried to create its survival horror giving birth to Those Who Remain, let's find out with our review if it is worth buying it

When that Amnesia: The Dark Descent by Frictional Games came to light in 2010, anyone who personally experienced the moment had already understood that the world of video games would change. For better or for worse it is a personal matter, the fact is that the Frictional Games series has given rise to the mass phenomenon of first-person survival horror that have two main objectives.

The first is to instill fear not necessarily through simple "Jumpscare" (although yes, there are), but by building a distressing and terrifying atmosphere and game world in their essence. The second, quite simply, is that of tell an interesting story, with a psychological vein discovered and to be touched at the right moments.

Those who Remain try to descend from this trend, an ambitious title from a small newborn studio, Camel 101, released last May 28 on PC, PlayStation 4 and Xbox One. We had already talked about it in a preview based on the very first minutes of the game, and we had already expressed part of our perplexities.

In this case, instead, we want to delve deeper into Those Who Remain, to see if those of the preview were really simple impressions or the pure and simple truth about the title. Let's start with a fundamental concept: too much is good. And the same goes for ambition. 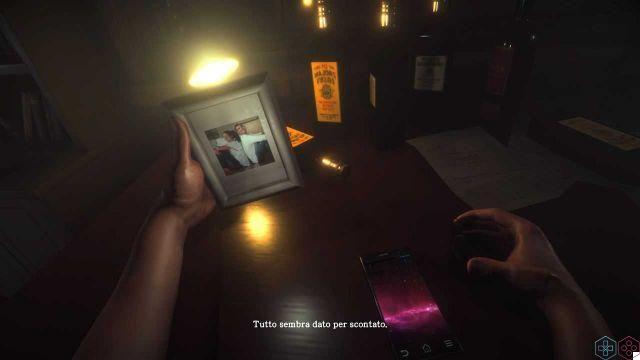 Stay in the Light

Dormont, Colorado. Our protagonist Edward, after an initial moment of self-pity and memory of his "missing" wife, he heads to a motel not far from the city to end his relationship with Diane, the lover in short. The motel seems to be completely deserted, no one to welcome you, total silence.


Using a strange note found in the back room of the reception desk (and this already makes you understand how the narrative is handled), Diane lets us know what her room number is and that the key is placed under the doormat. We reach the room, we enter, the shower is open, but the room is empty. The phone is ringing. “Stay in the Light”. Stay in the light.

Leaving the motel to return to our car, we realize that someone has decided to steal it from us. We will then have to walk back towards Dormont. We realize, however, that in the shaded areas there are some obscure figures equipped with axes and pitchforks, ready to attack and kill us if we get too close. “Stay in the Light” was therefore a suggestion rather than an order. Those who Remain is exactly that: traveling from one light source to another to get home, avoiding being killed by these strange figures and a recurring enemy, who will attempt to capture you if he notices you in various areas. 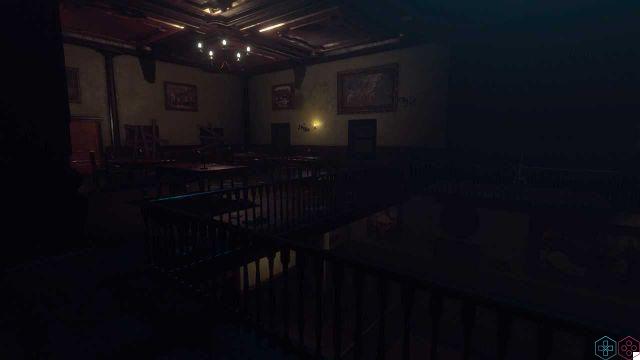 Unstable Libra - Those Who Remain Review

We do not want to reveal more about the story to avoid spoilers, just know that you will have to investigate the death of a 13-year-old girl, which occurred some time before in Dormont. Our Edward will find himself having to make some pretty heavy moral choices during the adventure. Forgiving or condemning the various actors of the story will bring forward a very interesting script, but too watered down by useless details and inserted only to make the longevity of the title satisfactory.

There is no doubt, however, how interesting it is to discover the various psychological implications of the different characters that led to the tragic epilogue and, often, choosing whether to "forgive or condemn" will not always be so simple.

Those who Remain is a puzzle game disguised as a survival horror. In short, a hybrid that tries to take elements from both genres, failing almost entirely. If in the first hours of the game the oppressive atmosphere of the shadows that constantly observe us has a certain effect, especially in the novices of survival horror, in the long run these figures simply become an outline.

A sort of invisible wall to be bypassed in some way. Even the presence of the recurring enemy, aesthetically sloppy, shows the limitations of the title. Unlike titles like Amnesia or Outlast, you won't have any skills other than running. You will not be able to crouch, hide, shelter. Nothing. Therefore, if you are identified, you will most likely be captured considering the short time this figure will be on you. 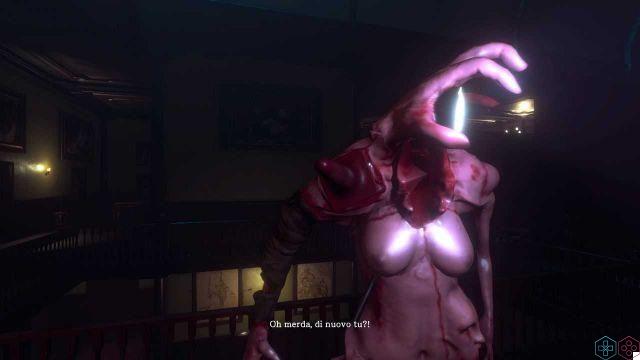 Look for the key, find the key, use the key - Those Who Remain Review

We said at the beginning of the review that your main goal will be to stay in the light. To do this, in the various areas in which you find yourself, you will have to solve a series of environmental puzzles. The main problem is the lack of a little more detailed information to solve the various areas.

This will often lead you to wander around the various areas, without knowing what to do, to open hundreds and hundreds of useless drawers placed there exclusively to make room. Then in the end find the right one, in which the only key in the area is hidden, which will lead you to open the only closed door in the area and so on.

One is also present alternative dimension, accessible through (too) bright portals, with altered gravity and which will allow you to perform actions that will also have consequences on reality. We could, for example, use a herbicide on plants that in the alternative dimension block the door of a car to unlock it in reality. There remains the extreme linearity and the lack of inventiveness to solve the puzzles. Everything always returns to: find "object A", use it on "place A", continue in "zone B" and so on. 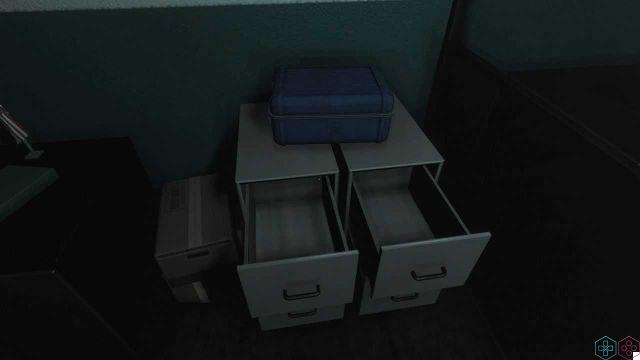 The game of unnecessary drawers - Those Who Remain Review

Technically speaking, Those Who Remain turns out to be just enough. Not that we expected a lot from a studio as small as Camel 101's, but apart from a decent play of lighting (the only strong point), the title lacks game design and detail. The polygonal models of the characters can be defined as "old gen" and the environments are rather dull.

We also noticed a number of slowdowns in some maps that are a bit larger, which are quite annoying especially when in motion. Those Who Remain also lacks game design: the various maps are completely disconnected from each other, without any continuity, but often they turn out to be really too similar to each other. And full of those damn useless drawers.

Another sore point: dubbing. Especially Edward's is flat, anti-emotional. A lack of bite that turns out to be the sum of the whole game. They lack real human reactions. For example, in a map (let's avoid spoilers) we will hear a child cry constantly.

Considering that Edward hasn't seen anyone alive for some time, we expected his reaction. Even a sporadic "a crying baby?". Absolutely nothing. Once the source of the noise has been found, Edward will remain even more impassive. A bit like us once Those Who Remain finished. 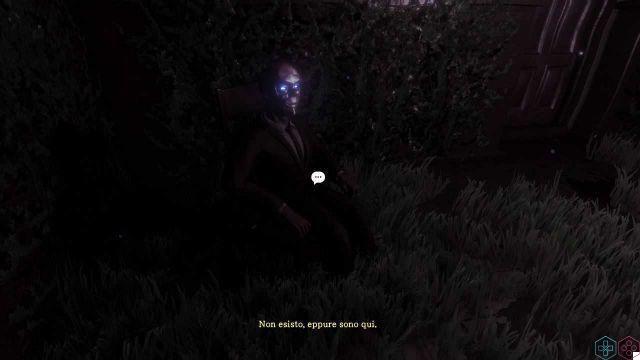 Ambition and good ideas, we hope for the future

Those Who Remain is not a real catastrophe. The ambition and the good ideas are there, perhaps even too many. The desire to create a hybrid between puzzle game and survival horror makes the title uninteresting for fans of both genres. The flickers of the script are watered down by too prolixity of the secondary stories and technically we settle on a mediocre level. Hopefully Camel 101 will take the good that has been created and develop it further for an upcoming title. With fewer drawers this time, please.

Review Through the Darkest of Times: the horrors of Nazism ❯

add a comment of Those Who Remain review, an ambitious, unsuccessful hybrid