The new Dishonored 2 is back loudly, a little gem from Arkane Studios and Bethesda. Let's see what worked, and what didn't, in this review

After four years of waiting, the developers of Arkane Studios e Bethesda Softworks finally release the new chapter of Dishonored, a title that will reserve for us gamers a fascinating steampunk setting and a level design rich in detail.

Immediately we will be given the opportunity to step into the shoes of one of the two protagonists: Corvo Attano, old acquaintance of the saga, or Emily kaldwin, current empress of Dunwall. Both characters boast characteristics and powers such as to guarantee the title a high replayability and, moreover, will allow the player to approach each scenario in the best possible way and differently. As in the previous chapter, the gameplay it ranges from a stealthy attitude to an aggressive one, or mixed. For lovers of stealth, there will be windows, balconies, roofs and tunnels to be discovered to circumvent the enemy, while for those who do not like to peek through the locks of the doors or look for secondary roads to avoid direct clashes, it is possible to be more aggressive and violent using the weapons available in the inventory. These differences are also found during combat, where the lethal approach leaves room for stuns, knockdowns from above and suffocation.

So, definitely Dishonored 2 it will be appreciated by fans of the saga, but it will also be a pleasant discovery for the first time in this title. 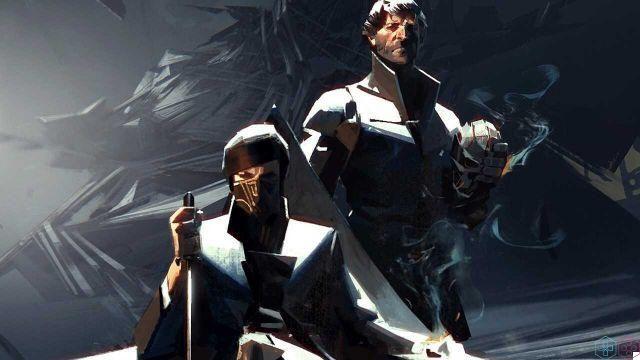 Fifteen years after the assassination of the empress of Dunwall, we now find his daughter on the throne Emily kaldwin, who reigns flanked by her father and royal protector, Corvo Attano. At a time when even the threat of the plague seems to have been eradicated, peace in the kingdom is still compromised by a series of murders attributed to the Crown Killer.


Unfortunately, the peace for the country is only a mirage, as other fearsome events are looming on the horizon: in fact, during the reception in memory of the late empress, a sudden coup will change the fate of Emily and the city. Here we are at our first choice: Corvo Attano o Emily kaldwin? This decision, irreversible, will have various consequences on the narrative of the game and on the type of unique powers possessed by the two protagonists. Following the coup, led by the Duke Abel di Serkonos and the witch Delilah, who claims the throne by presenting herself as the sister of the deceased empress, the character we have chosen will find himself locked up in a room in the tower of Dunwall. Emily (o Corvo) will be able to escape from the tower to reach the port where he will meet Meagan Foster, a character who will provide us with support for the duration of the game. From here on, the story unfolds in different scenarios, each characterized by a very high level design which will present itself at its best to all those who will have the curiosity to go in search of unique and hidden corners, as well as sumptuous and elegant as in the splendid Karnac, the pearl of the South, marked by profound decay and cultural and social abandonment. It will then be up to the player to choose how to develop the game's plot, intersecting the different facets of the story and the characters that make it up to the main mission, resulting in a layered but homogeneous detail at the same time. 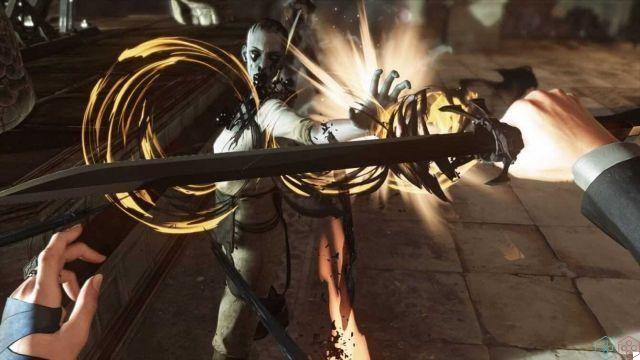 Stealth gameplay satisfactory, to be reviewed in offensiveness | Dishonored 2 review

As we could see in the previous title, too Dishonored 2 presents an almost perfect duality between a gameplay stealth and an aggressive one. "Almost perfect" since the game seems to be teeming with environments and situations that favor the stealth approach rather than the action, and this for several reasons: first of all, the number of weapons at our disposal is not much larger than in the previous chapter, finding the classic white weapon held in the right hand, or other types of weapons to hold in the left hand, such as crossbow, pistol and throwing weapons. We also remind you that all weapons are subject to upgrades that can be made by purchasing the related projects at Black Market.

We find news, however, regarding the powers assigned to the two protagonists, six each, some quite interesting and particular as Emily's Domino, Hypnosis and Passo D'ombra, while for Corvo we can find approximately the same skills shown in the first title . Regarding the game mechanics, however, it must be said that some gamers may suffer from the lack of a third-person view in cover situations, for example to peek from behind a wall, perhaps the only flaw in the approach. stealth that we can mention in this sequel.

The limitations that we encounter in hand-to-hand combat are even more evident, for example the fight can be repetitive due to the small types of attacks available, as well as the lack of accuracy of the parry which, in some cases, appears insufficient to defend against the opponent's blows. even if quite far from our position. In the offensive style of play, however, there will be aggressions and bloody executions in which Corvo's ability to stop time can be particularly hilarious.

The game is surrounded by bone amulets and runes to be found by exploring the detailed settings, all carved in a fascinating design steampunk, or by building them yourself by developing the skill directly in your upgrade menu.

Worthy of mention is certainly the grandiose level design developed by the team of Arkane Studios, thanks to which the city develops in architectural intertwining meticulously cared for both aesthetics and functionality, guaranteeing the player an exciting stealth experience, typical of the nature of Dishonored. 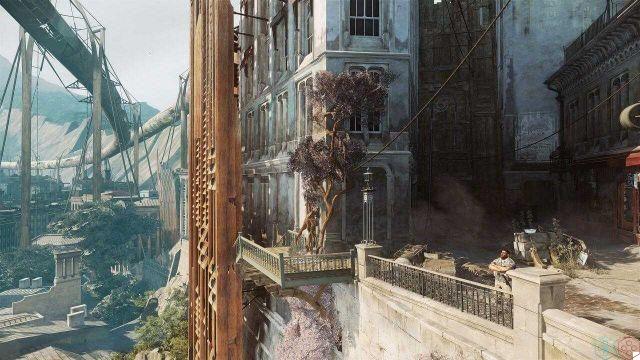 Void Engine is the name of the new graphic engine used by Arkane Studios to Dishonored 2, an advanced technology in the field of rendering designed by id Tech and clearly customized by the development team. The new engine shows a high progress both in regards to the texture, soft and picturesque like brushstrokes on canvas, both for the lights, which allow us to observe the variation of brightness in the different scenarios of the game, making the environments and complex urban architectures that form a dynamic background to the story particularly pleasant. Less commendable is the work done on artificial intelligence, certainly to be re-evaluated as the reactions of the enemy are too artificial and unconvincing.

Unfortunately, Dishonored 2 it would not seem well acclaimed by gamers PC both for the not uncommon presence of frame rate drops but above all for the poor level of optimization, a problem that could be solved easily, according to community manager di Bethesda, who have released numerous tips to improve the gaming experience, tips that you will find at this address. 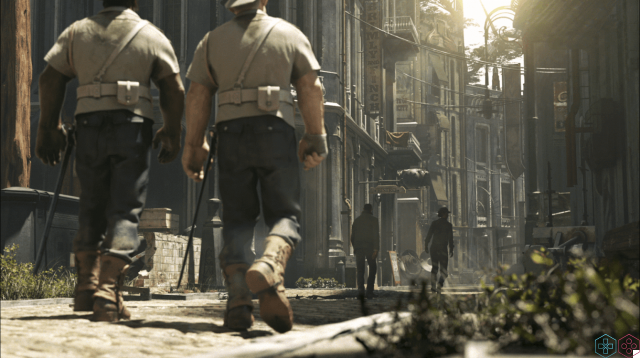 Dishonored 2 is definitely a must for all fans of the saga. It can boast a high replayability, due to the choice between Emily and Corvo, as well as a quite satisfying longevity. From my point of view, the game manages to give its best in gameplay stealth, to difficult or very difficult mode, thereby tapping more than 20 hours. Unfortunately, the optimization factor and the trivial AI are not flaws to be taken lightly, especially for a game developed with maturity and criterion, which can perhaps boast the primacy among the different games stealth currently on the market.

Dishonored 2 is definitely a must-have game for all fans of the saga.

add a comment of Dishonored 2 review: a loud comeback