How many children dreamed of becoming astronauts? Let's find out in this review Kerbal Space Program, the space simulator that can make your dreams come true

The moon, the stars and all the celestial bodies present in the universe have always attracted man towards the unknown. The desire to discover new forms of life and another habitable planet are just some of the current targets that NASA and other aerospace agencies have set out in recent years. But what if, instead of our solar system, there were one inhabited by curious green men? Kerbal Space Program it is that world, ours seen from different eyes, but with the same objectives. Let's find out together in our review.

If you are thinking of a simple game only because instead of people we find curious green Kerbals, then you are completely wrong. Kerbal Space Program will in fact put you in the command post of a space center, but it won't make it easier for you to keep it going. You will have to put all your wits, your accuracy and your commitment to be able to move forward on your aerospace program.

Your base will consist of different structures that will come in handy throughout your journey. Certainly the most important of all is the Vehicle Assembly Building (EAV), in which you will have to test yourself and build increasingly complex rockets for longer and more demanding journeys. Maintain a good center of gravity by building a rocket that is stable but at the same time safe and well structured to exit the atmosphere and return to the planet it's not exactly easy. Fortunately, commands will come to our rescue that will allow us to place the pieces symmetrically, check the center of gravity and so on during the various stages.


At the beginning of our adventure we will have only the pieces needed to build a basic rocket that allows us to carry out the simplest missions. Each mission will bring us a certain amount of money and science. The former will allow us to build increasingly powerful and expensive rockets, while science points will be useful for unlock new components for use in the EAV. In the building Research and Development in fact there will be a technology tree usable for this purpose.

Our base will consist of other structures such as the astronaut complex, the spaceplane hangar and its track. Also there will be logistic buildings such as mission control center, the administrative building and tracking station. To conclude it all we find the launch pad from which all our missions will start.

As we mentioned earlier in the review, building a rocket in Kerbal Space Program is a crucial part of the game. A small mistake and, in addition to losing our little astronauts, we will also risk blowing up a lot of money, without the possibility of being able to remedy. At this stage, in addition to shaping the rocket, we must also set all the various parameters that will allow us to perform a flight in complete tranquility.

However, these parameters alone are not enough. At each launch we will be forced to perform small maneuvers that will allow us to fly into or out of the atmosphere, depending on our purpose. Help comes the SAS, the automatic piloting system that will allow us to keep our rocket on a set course without the danger of losing control.

But the best part comes once the atmosphere is overcome. It is precisely in this case that every little maneuver will be very important to the success of the mission. Flying in the orbit of the planet, of a satellite or performing any maneuver to approach a body in fact, it will require a lot of attention from our part. It will be possible to program everything thanks to ai maneuvering nodes, particular points set by us along the trajectory, which will allow us to see the results of the same before proceeding. Changing orbit, its eccentricity or its inclination will therefore be easier, as well as approaching or moving away from a celestial body.

As expected, the graphics are not realistic at all, much less very detailed. However, for this very reason the game turns out to be lighter and is therefore equipped with a fluidity that will allow us to perform every single maneuver at the right time, without minor lag due to GPU and CPU overload. Also of considerable importance is the audio system. Although the dialogue is barely accentuated, ambient noises are well taken care of in every detail, making our experience even more immersive. The only negative comes from the volume that turns out to be too high even with all parameters at a minimum. 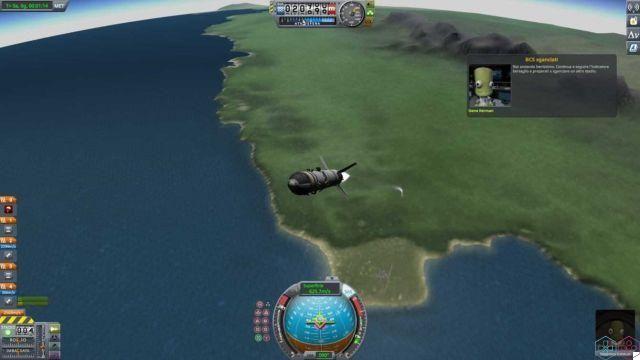 The Kerbal Space Program commands section deserves a separate paragraph in this review. Although steering a ship is not a walk in the park, the distribution of commands on mouse and keyboard allows you to perform demanding maneuvers without the slightest effort. The subdivision between rocket piloting commands (on the keyboard) e screen commands related to the camera, maneuver nodes and everything related to the HUD of the game (on the mouse) in fact appears to be well organized, guaranteeing excellent results and millimeter precision in every single maneuver.

We have now reached the end of this review and it is time to take stock of Kerbal Space Program. While the game is meant to be light, the system behind it is anything but a game for children. Being a niche game, especially reserved for fans of the genre, it won't be easy, at least in the first hours of the game, be able to complete every single mission. That's why, unlike many titles, It is highly recommended to play the whole tutorial first which will outline all the basic maneuvers to perform to start playing.

The tutorial in fact turns out to be me toocut, also providing us with a scientific explanation of why it is advisable to perform certain actions. However, there will be no shortage of unforeseen events even after several hours of play. A minimal mistake in designing the rocket could in fact cost you a lot, especially with fairly high difficulty levels.

That's all for this review on Kerbal Space Program. To not miss future news on the world of video games, continue to follow the pages of techigames!

With this new DLC the space simulator expands even more, with new features and details that weren't there before. The functions that immediately catch the eye and which have been highly appreciated concern the introduction of new robotic components (joints, pistons, rotors, servomechanisms and more) that allow us to further expand our vehicles. It will be possible carry various scientific devices thanks to the storage containers, allowing us to carry out more in-depth scientific research even on the most distant celestial bodies from us. 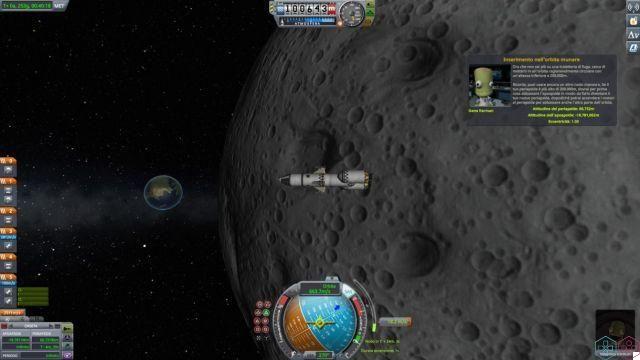 In fact, the latter present some new textures and patterns. Their surface in fact will be studded with meteorite impacts, craters, rocky outcrops and much more, making our travels even more exciting. If our crew will be enough for small elements, to explore the planet more deeply we will need rovers or unmanned vehicles, perhaps equipped with one or more robotic parts introduced with this expansion.

Kill It With Fire Review: when the insecticide is not enough ❯