F1 2018 is the title dedicated by Codemaster to all Formula 1 lovers. Like every year, the time has come to wear the helmet, the suit and compete to become the world champion!

Many new features have taken this F1 2018 in an unexpected direction: will Codemaster have managed to make that qualitative leap that players have been asking for for a long time? You just have to read this F1 2018 review to find out!

In this F1 2018 review we will see if and how the title most appreciated by gamers who love single-seaters has changed. It wasn't easy to change a title that comes up every year. Time for changes is short! Just one year to guarantee an accessible but layered experience, new but without upsetting the strengths of a solid and established gameplay.

The Codemaster guys have tried new paths without forgetting the nature of the game. A close-knit and attentive community was there on the starting grid waiting for the traffic lights to go out to lift the foot (or finger) from the clutch, to get into first place and win first place. A thankless task to improve an already good title in a poor time. What can be improved (or worsened) in 365 days of hectic work? 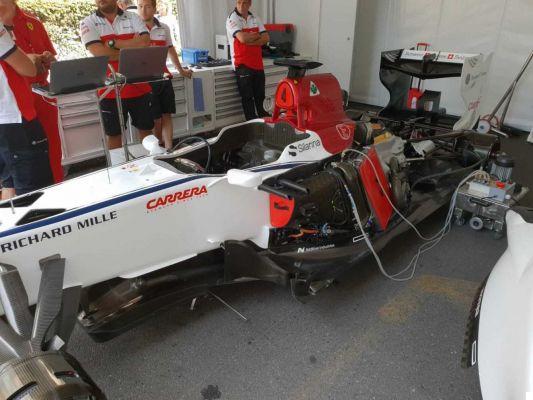 Not a photo of the videogame that you see, but a photo taken by us at techigames during the event: F1 Milano Festival. Not just any car but one of the two single-seaters Alfa clean. The car we have chosen to approach a career full of novelties but which does not forget its origins!

As in the past years in the career mode of F1 2018 we find ourselves choosing the starting team. Leaving aside the desire to sit on a Ferrari or Mercedes single-seater, we launched ourselves on a team rich in history but which is "satisfied" with a mid-table position. Before that, however, we stumbled upon the creation of our pilot! A vast choice for a sports title, certainly we didn't have the vastness of somatic lines of a JRPG, but we were able to select the face, the livery of the helmet (which can be customized in a thousand variations of colors and shades) and the personal data of our rider. A nice injection of identification that doesn't hurt!


Having made the necessary adjustments to our virtual alter ego and selected the surname (among an infinite list) that will be read by the commentator on the starting and finishing grids, we move on to the choice of the team. As anticipated, our choice fell on Clean because if you want a real experience that is as truthful as possible, you cannot think of presenting yourself in the world of F1 and claiming to be a Ferrari and co driver.

Each team has different demands, there are those who are satisfied with finishing the championship, those who want to win it and those who want to do it spectacularly! Yes, because in addition to complying with the requests made by our team, we should also balance our behavior between sportsmanship and showmanship. In addition to the behavior on the track, a (partly) new feature of F1 2018.

At the end of the qualifying races and the race itself we will be interviewed by Claire, a sports journalist who will ask us questions about the outcome of the race, about our team, about our goals and about the general ones. The answers we should give in a limited time will have two different repercussions. The first, as anticipated, will tip the balance between sportiness and spectacularity and the second will affect the mechanics and engineers of our team. For example, if we praise the performance of our engine or our chassis, a message will warn us that the section in question appreciated our words. On the contrary, if we go badly on the track and blame the aerodynamics, we will be warned of the discontent created among the mechanics.


Each response will bring us closer or further away from a possible contract renewal or from receiving proposals from different teams. In short, no answer can be left to chance if you want to climb the top of the formula 1! 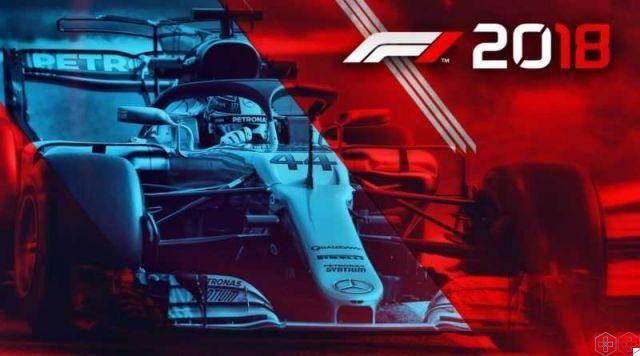 F1 2018 review: not just a career for lovers of the fastest 4 wheels in the world!

Obviously, one does not live on a career alone in such a title. Codemaster it hasn't really wasted itself on content by creating a video game that can keep players glued to the wheel for a three-digit number of hours even with the single player sector alone.

If you are not interested in the career or simply the interludes offered by it: as the special events with vintage cars or other different categories are not enough, you can access the section of events, championships and challenges to enjoy one corner after another . The ability to drive the mythical Ferrari of Michael Schumacher, appropriate the car of Gilles Villeneuve or that of the mythical Niki Lauda makes a shiver run down the back of any enthusiast. The roar of the Ferrari of 1997 it is capable of thrilling even those who do not chew machines at all.

The feeling with the different cars is also good, which largely makes us understand how different it is to drive cars of different types, of how this world made up of pistons, tires and hearts has evolved.


F1 2018 it can be played and enjoyed with the pad but gives its best with a steering wheel and pedal board. If you are looking for a complete experience, this last choice is almost mandatory! Although this year the title is strongly devoted to simulation, it retains an arcade soul capable of entertaining even those who do not have much time to devote to managing the tires of the sistema ERS (new feature added this year) or fuel savings.

For those who want to invest time to fully appreciate every detail known by the F1 drivers but were not familiar with them, a tutorial comes to the rescue that will have the dual purpose of teaching the trajectories, the management of tires, gasoline and all that. which is needed to have a competitive driving.

The second purpose of these teachings that I developed during the three free practice sections is to make the player gain experience points. Points that can be used to improve, through a skill tree, the various sections of your stables. You can improve downforce, engine, endurance and much more. Another novelty concerns precisely this aspect if in fact even in the past years it was possible to exploit the new technologies developed in this F1 2018 there is a constant halo of uncertainty. In fact, it is not certain that between one season and another the technologies developed become not allowed by the regulation and therefore unusable. 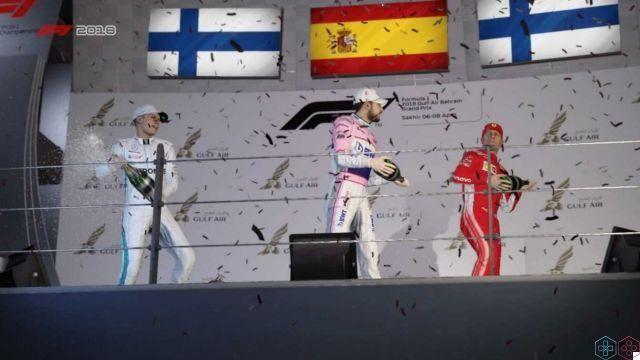 F1 2018 review: how is the multiplayer section?

In a sports title, the multiplayer section is fundamental. In this F1 2018 we are finally faced with a mature title that takes the responsibility of selecting the most undisciplined players and binding them in the low leagues they deserve. The section is divided into two macro categories. Ranked and free games. To access the ranked games section you will need to gain a certain degree of experience that you will only have after playing a sufficient number of standard games. In addition, each player will be evaluated for his driving and his sportsmanship.

Finally, Sunday pilots who rush into the wrong direction are enough, ruining the experience for those who want to confront and test themselves! If you only mention a longer reverse gear or if you steer your car in the wrong direction you will run into a immediate disqualification!

The net-code is also good and the possibility of being able to choose the server to rely on guarantees a good quality of online game. The only flaw is the inability to leave the waiting room in the background, perhaps trying to improve their personal times on the track while waiting for the multiplayer race to start. 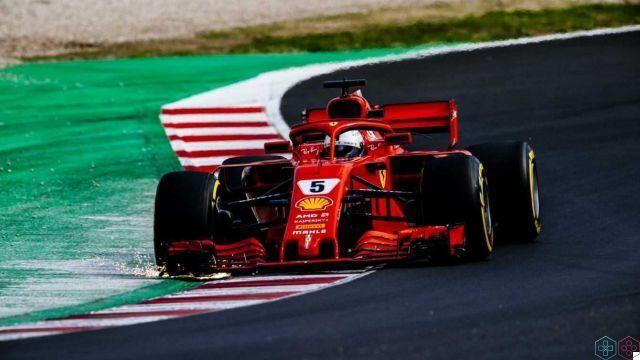 F1 2018 review: who should appear in the Codemaster title?

This F1 2018 is definitely appropriate for F1 lovers, anyone who has bought and enjoyed past titles. We are facing the most complete and layered game dedicated to Formula 1 seen so far. An infinite series of possibilities, a gameplay suitable for beginners but also for those who want to live the most simulative experience available. Of course, the lack of a completely dynamic weather is a flaw that cannot be overlooked, but in the face of the amount of content proposed, one can only place the helmet as a sign of respect and gratitude to a development team that in just one year is managed to improve so much of a title.

As said previously F1 2018 it also lends itself to those looking for a more arcade title. Just insert all the aids and lower the level of aggression of an AI, finally worthy of the name, to enjoy the races without too many thoughts and even with the pad.

our review of F1 2018  it was done on consoles PlayStation 4 Pro with a steering wheel Logitech G27 through one Cronus Max.