The Nameless Chronicles is the second installment of the Anima: Gate of Memories saga. How will this title behave on PlayStation 4? Let's find out together in our review

Anima: Gate of Memories – The Nameless Chronicles is a title published on PC, PlayStation 4 e Xbox One al recommended price of € 19,99. It is, like its previous chapter, a Third Person RPG in which we will impersonate an "immortal" man. The developers of Anima Project to improve their first title or will they have worsened everything? Let's find out together in our review of the game tested on PlayStation 4.

The game's story centers on the adventures of a nameless man, an immortal forced to wander the world until the end of time who will find himself embroiled in a conflict that could question its very existence. Through our choices we will be able to get to one of the endings provided by the authors and we can be the hope or the ruin for all mankind.

Just like any self-respecting RPG we will have at our disposal a skill tree and we will be able to choose which weapon to wield and which rings to equip to survive the different enemies that inhabit the lands of Gaia. The game isn't an open-world, but it is structured on different maps interconnected with each other (except for the first ones) in which we will have to find our memories, face countless enemies more or less difficult to take down and solve small puzzles that are not too difficult.

During our adventures we will meet various characters (some already known previously with the first chapter) in surreal and gloomy settings. The enemies to face they will not be many, nor will they be difficult to break down if we can figure out how to neutralize them. There will also be bosses and mini-bosses with whom we can confront, but not even these will raise the difficulty of the fight too much.

Anima: Gate of Memories - The Nameless Chronicles: let's examine the technical sector of the game | Review

Graphically speaking the game leaves a lot to be desired. Although the fluidity and the animations are very nice and complete, without any problem of sudden frame drops, the environment turns out to be far too bleak and dark in some places (without the possibility of setting the brightness on console) and the textures not quite adequate to the standard that would expect us from such a game. 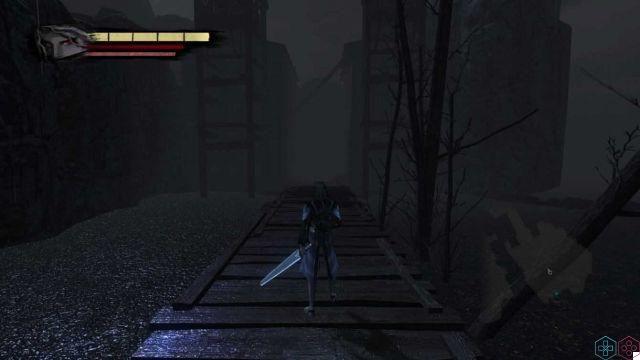 Il audio compartment, however, it is very nice with well-calibrated sounds even if not of a high level, qualitatively speaking. A whole other speech must be reserved for commands that turn out to be fast and dynamic during combat, with the ability to perform enough combos of considerable workmanship; completely opposite speech must be made for the shortcuts which, in addition to having their own activation time, appear to be detected with a certain delay from the game, extending even more what is the time needed to heal or activate a fundamental power-up in combat. We could work around this problem pause the game and activate it from the menu, but in doing so, yes it would lose some of the action that can be found in the game. 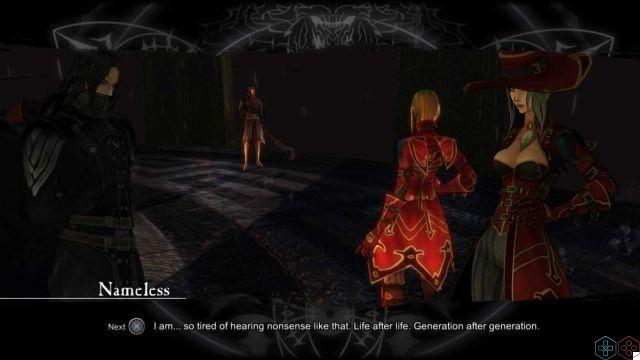 Although the title looks almost like a mix fra Dark Souls e Castlevania: Lord of Shadows, a completely non-existent longevity (less than 5 hours to finish the first run), combined with various graphic problems such as a dancer room in some very dark moments and places in which our character was lost from sight, have made this title the worst of those named. The lore on the other hand is well organized, with memories to be found that slowly reconstruct what is the story of our immortal. However this is not enough to increase the overall level of the game who can hardly reach enough.

We remind you that the game is available for PC (via Steam), PlayStation 4 and Xbox One at the recommended price of € 19,99. That's all for this review. In order not to miss others and to stay up to date on the latest news regarding the videogame world, continue to follow the pages of techigames!

add a comment of Review Anima: Gate of Memories – The Nameless Chronicles