We tried HyperParasite in its PC version, here is the review of the game that takes us back to the 80s

HyperParasite was awarded by Forbes as best indie game of the year 2020, this is an incredible achievement for the Spanish development team Troglobyte Games. Proud of this tricolor success, we decided to try the title and bring you our impressions about it in this review. But let's start with the most important details, especially for those who are willing to test this little masterpiece themselves. The game was published in April on PC, PS4, Xbox One and Nintendo Switch and you can get it through Steam, PlayStation Store, Xbox Store ed eShop.

The title developed by Troglobyte Games brings us back to the wonderful 80s, golden age for Spain and the United States, the states to which the two cultures from which the game is most influenced belong.

This tricolor masterpiece is very difficult to identify with a single category, seen the ideas taken from different genres. Certainly, however, the quality is not in question, given that the Spanish development team has prevailed, according to Forbes, on ambitious projects such as SUPERHOT: Mind Control Delete, No Straight Roads e Neversong.

Let's get things straight right away

Not even time to start the game and it's right away time travel is glaring in which we immersed ourselves. The PC screen turns into a old style CRT TV, with rounded corners and glass that protrudes outwards. Inside, a general in charge of the army is engaged in a particularly energetic harangue, with the aim of warn the population. An enemy has come to Earth, according to the general, his goal is to steal the nuclear resources of human beings. The army is already ready to fight it, and everyone who wants to join the hunt is welcome, the message is clear: shoot on sight!


Guess what the enemy in question is? That's right, it's us fans who just started the game. Specifically, we take on the role of an alien parasite. Said thus, we seem a scary being, but in reality we realize very quickly of the fragility of this unwanted guest. The parasite, in fact, is extremely vulnerable, so much so that one blow from the numerous enemies is enough to kill us. Neither the weapons at his disposal they are particularly powerful. Fortunately, to our rescue, we can, as parasites, take possession of bodies of others using them as a shield and as a weapon, a subtle but effective strategy.

Before going into the details of the gameplay, we try to have a top down view on what we can do once we enter HyperParasite. The initial menu offers the possibility to choose whether play as a single player or in cooperative mode with a friend. Having taken this decision, another crossroads arises before us: “Born in the ’80s” oppure “Wrong millenium”? In the first case we will be inserted in the random level generated for the game, in the guise of one of the 60 human characters in the game and unlocked until that moment (we will see how), while in the second case we will choose the body to take possession of. 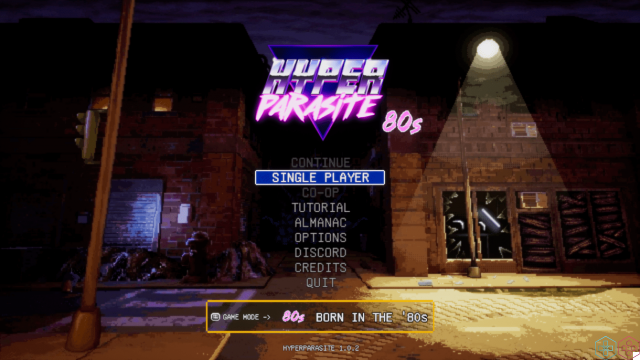 A stormy sea with no landing - HyperParasite Review

The time to talk about one of the key mechanics of the game has come: HyperParasite does not present no way to save the game in progress. This, at first, can confuse the player, who doesn't understand how to maintain their progress. In reality it is not a defect, but one a choice that we believe makes sense for the speed of the games and the title structure. Each time you start a new game, one map is generated randomly, and the player is forced to explore it for the first time. However, the options are limited and you soon realize how easy it is to find the compass.

Although the map is generated every time, the elements that compose it are very similar to each other, and after a few games it is really easy to find your way around. Some fixed elements are always present, such as the boss of the level, the "Double Trouble" and Wito's shop, but they can be found in different locations. Wito is a rather shady semi-human trader who sells upgrades for our characters and presides over the room where it takes place another key mechanic of the game. In fact, initially, on a roster of 60 characters, just 3 they are unlocked, while our parasite powers will have no effect on others.

During the games, especially by defeating the enemies, it will be possible to find on the ground the brains of the characters still stuck. All we have to do is bring it to the room adjacent to Wito's shop and pay the amount necessary to unlock it. From that moment on it will be possible take control of the body of the enemy in question every time we meet him.

This process is the only real progress that is saved between games once it is carried out the brain in the special capsule will remain there forever, and we could time after time bring part of the sum necessary to obtain the release. This mechanic effectively compensates for the lack of bailouts, remedying the frustrating feeling of having to start from scratch every time. 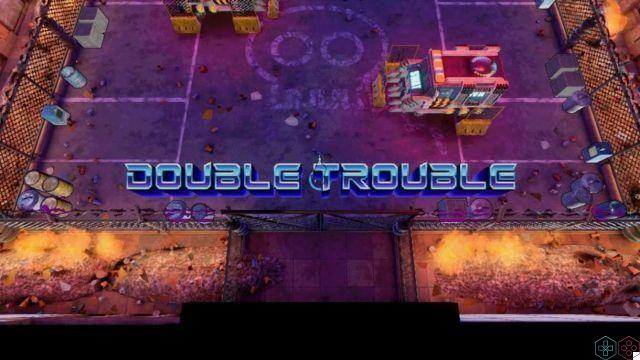 In this game the phrase is surprisingly true. The parasite we interpret, in its basic version, has only 3 possibilities: shoot (bullets not too powerful), dodge and take possession of the bodies already unlocked. As if this weren't enough, the alien is also very fragile and it only takes a single hit from any enemy to bring up the newspaper headline reporting the death of the invader, thus sanctioning the end of the game. Fortunately, during the games it is possible to find gods DNA remains belonging to dead aliens that allow us to choose between various types of upgrade for our character, which are lost with each death.

On the contrary, humans to whom we can stealing bodies come with a health bar which allows them to survive a limited number of attacks. In addition, in addition to their basic attack type, they also have one special move which, however, is characterized by a particularly long reload time. Characters can essentially be divided into two categories: those with ranged weapons and melee ones. Their traits are inspired by the historical era in question, we can find for example African-American basketball players, Italian-American boxers and policemen with the classic look present in the films of that time.

The game presents very different skill levels, with no intermediate steps that can help less experienced players get used to and gradually improve. Enemies that normally meet are predictable and easy to defeat, while the rooms in which they meet bosses are hellishly difficult. This difference in height is the only real flaw of a really successful title, because it risks transforming the experience of inexperienced players in an endless loop of victories against the weakest enemies and defeats against the most fearsome enemies. 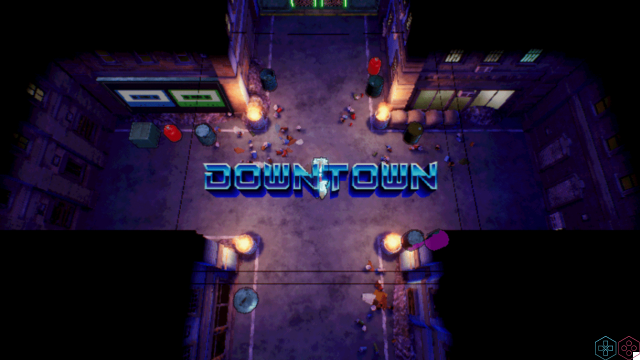 80's in all respects - HyperParasite Review

The game's developers weren't satisfied with catapulting us into another historical era, but they went out of their way to allow us to fully immerse ourselves in it. From the immediate and much appreciated detail of the cathode ray tube television, to the initial menu that would fit perfectly in one coin-operated machine of the most classic arcades.

Nothing is left to chance, the deliberately retro graphics are very enjoyable and so is the music, while being slightly monotonous, seems tailor-made for this title. It is these little things that have allowed an interesting idea to be able to excel and compete for a coveted award.

For the gameplay there is nothing particular to report, it is simple but effective. The keys, as well as the options to choose from for our actions, are limited, but this should not be seen as a flaw.

In our opinion it is a targeted choice for allow players to fully immerse themselves in the action, having fun in an unbridled way. Interesting the possibility of shoot practically any object in the setting, but be careful, if from some barrels you can get money, others could make you jump in the air and they can also be used as weapons in your favor. 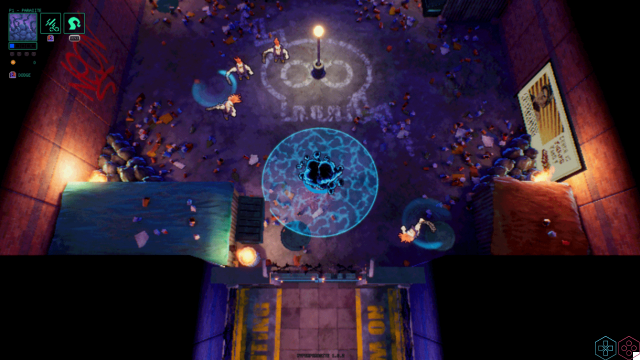 Attention to the little things always pays off

Precisely this is the secret by HyperParasite in our opinion: not having left anything to chance. Too often, in today's gaming industry, we aim at increasingly complex titles both from a graphic and gameplay point of view, but at the risk of leave out many important details. The title developed by Troglobyte Games is satisfied instead of its simplicity, a perfect simplicity, however, without flaws or errors, which guarantees healthy fun for many hours. That's why we feel like rewarding HyperParasite, an all-Spanish success, with an extremely positive review.

Stay tuned to techigames to be always updated on the fantastic world of video games!

In Sound Mind PS5 Review: Are You Sane? ❯

add a comment of HyperParasite review: a pleasant leap in time!