If in December 2018 we were able to experience Gris' journey on the Nintendo Switch, now it's the turn to take the PlayStation 4 pad and dive back into the deepest pain: find out if it's worth it with our review

There are films, TV series, video games, multimedia works in their entirety born with a purpose different from that of the media to which they refer. There are masterpieces of this genre born from studies so small and with little budget that they can easily be defined as miracles. There are names that show themselves to the general public with a disconcerting shyness and sweetness, so much so as to create a space in the heart of those who use them that will never be given to anyone else. There are experiences that change us profoundly, which move a part of our being and push us to see reality in a completely different way. There is Gris by Nomada Studio.

Published by Devolver Digital and originally released in December 2018 on Nintendo Switch and PC, one year later Gris finally sees its publication also on Sony home consoles, with all the precautions envisaged in the event of a significant upgrade of the reference hardware. Is it really worth replaying? Find out with us in our review of Gris in his PlayStation 4 conversion.

A good opportunity to close the circle

In reality we are also taking the opportunity to review Gris, considering that we have never explicitly done so, but we have dedicated "only" a long episode of our Life & Videogame column to him. However, we have never paused to tell you what the Nomada Studio title actually looks like in its various technical aspects, but we have treated it exclusively from an emotional point of view. We will also take up this aspect, although more broadly, but what is Gris?


Gris is a side-scrolling platform-game based on simple environmental puzzles, which our anonymous protagonist will have to overcome by learning more and more skills and with a pinch of ingenuity, but not too much. The puzzles are based on the collection of what appear to be in all respects the Stars and which, once accumulated in the correct number, will build various paths within the game maps and, in the end, the definitive one in the celestial vault, which it will allow you to achieve your redemption. 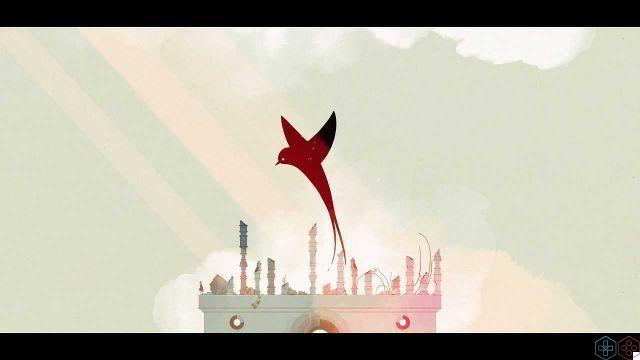 The five levels that make up the game are also packed with secondary collectibles which, if all collected, will unlock a special cutscene. Everything will gradually be accessible only through the use of the improvements that the protagonist will learn. Her dress, in fact, is at least definable versatile: it will allow her to become a sort of boulder to resist strong gusts of wind and to destroy fragile terrain, to jump higher, to glide and be more agile. There are also other abilities in Gris that we don't want to reveal to you, not so much because they could be considered spoilers, but because they would ruin the magic of the moment of obtaining.

Also very interesting is the inclusion of imaginary lines that divide the screen in half and reverse gravity, opening a whole new window of resolution to very intriguing puzzles. Jumping onto platforms moving across the other half of the map will require some extra timing and eye, that's for sure. 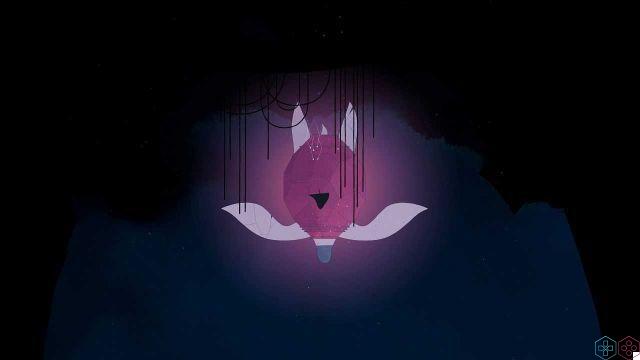 Basic simplicity, maybe too much, but we don't care - Review Gris PlayStation 4

The various puzzles of which Gris is composed, however, are not demanding at all. We know very well that this is not the purpose of Nomada Studio, we have already talked about it, but it is not something that we can leave out in the review. The title flows away in its (unfortunately) few hours needed to complete perhaps a little too quickly, being really too much, too easy. There will not be a single point where you will wonder what to do, what skills to use or, in general, how to proceed. It will all be very intuitive, very little reasoned. Perhaps a little more difficulty would not be spoiled.

We have already talked about it, however, and the purpose of Gris is not to test gamers. The purpose of Gris is to excite, to tell a story of redemption and redemption. The philosophy of the title is based on the five phases of the acceptance of pain described, with great competence, by Swiss psychiatrist Elisabeth Kübler Ross. Denial, anger, bargaining, depression are all moments that each individual must know and be able to face in the moment of a loss, of whatever nature it may be. The death of a loved one, the loss of prospects for the future, the disappearance of a certainty that was given for eternity. All types of pain that, some more and some less, will come to feel in the course of life.

Just as our protagonist, who finds herself, must necessarily do it no longer the support that supported her, no longer a voice and no longer the colors that characterized her world. Sudden pain tears her apart, tears her existence apart, and she finds herself with nothing and no one left to rely on, in a completely gray world. The path will be long, tedious, difficult from an emotional and human point of view. It will, however, be a cryptic path dotted with many small victories, as well as huge and terrifying defeats, and which in the end will lead to what we are really looking for: acceptance. 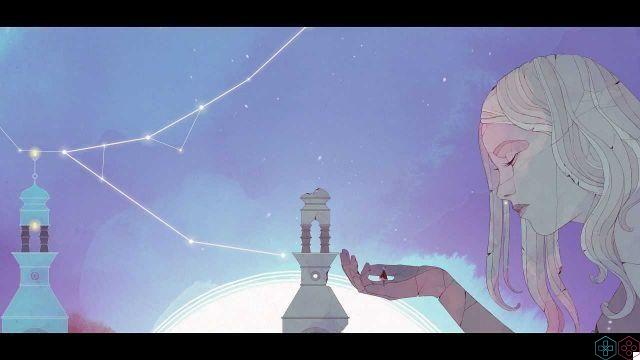 A conversion to make you shiver - Review Gris PlayStation 4

Gris is definitely an independent video game for many reasons: very low mechanical complexity, poor longevity, basic simplicity. What Nomada Studio has not spared in the least is the aesthetic and sound sector. Gris is a wonderful watercolor in motion, a work of art of color, light and shade. Initially only the hair of our protagonist will stand out in the greyness of the surrounding world, but, as we go on, everything will return to be colored with soft red, blue, green, black scales. From the warmth of the blue of the sky to the pitch black of the sea depths, experimenting with the various shades of color will allow us to gradually get to know the various moods of the protagonist.

If all this was already true on Nintendo Switch at the time of the original release in December 2018, in the PlayStation 4 version we are talking about everything is accentuated by the 60 frames per second and textures in 4K, if you are proud owner of a Pro console. And we can assure you that the glance is truly exceptional, especially if you remembered the version for the Nintendo hybrid. An exceptional qualitative leap also given by decompression of soundtracks, now more beautiful than ever. Violins, pianos and voices in headphones are the most wonderful you can think of, considering also that in Gris not a single word will be uttered. Only many, many emotions. 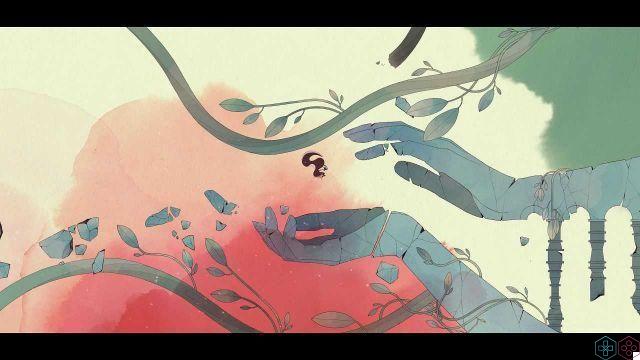 We don't know what else to tell you about the title, we have analyzed it from every point of view and angle. Gris is a cryptic and convoluted hymn to pain and suffering, to the capacity for redemption and redemption, to the personal growth of the individual after a loss. Although it is too much, too simple, the journey that you will find yourself experiencing is, without half measures, exciting, engaging, destabilizing. Gris is an experience that will change the way people see pain in the most sensitive. If you have to choose, buy it on PlayStation 4, you will not regret it. And if you've already played it on Nintendo Switch ... You won't regret it anyway.