We had the opportunity to try Haven, Emeric Thoa's space adventure in the name of love also landed on Xbox Series X and S, and this is our review

The Game Bakers returns with a new title, following the great success of FURI. Haven, however, doesn't have much in common with the previous title, aside from the open world component. In Haven Kay e Yu, two lovers fleeing from a place called Apriario, manage to land with their spaceship on the planet “Risorsa”, a strange world imbued with an energy that governs everything as a sort of Lucasian force. The details of the story, the relationship between the characters and the entire narrative context of the game they will then be deepened during the adventure. But let's get into the details of Haven with this review!

Haven is about the love story of Yu and Kay, two inhabitants of a space colony called Arnia, where humanity has taken refuge. On Hive reigns the Sensale, a sort of tool that deals with coupling people together, choosing on the basis of their points in common. Yu and Kay, against every rule imposed by the Matchmaker, cannot bear the idea of ​​having to give up their love, and therefore choose to escape aboard a spaceship. Eventually, they are forced to land on a small planet named Resource.

Many other details regarding the narrative context of the game and the relationship between the two protagonists are deepened during the game. This narrative component, however, is a bit of a double-edged sword. If on the one hand, in fact, the story is enriched and framed from numerous details, the superficiality of these elements makes the adventure a bit confusing.


So much information is given to players about the universe and its factions, about intergalactic plots and about the Council, that it is forced and excessive. All this information is in fact useless for the purposes of the experience, which is reduced to a trite and forbidden love story. 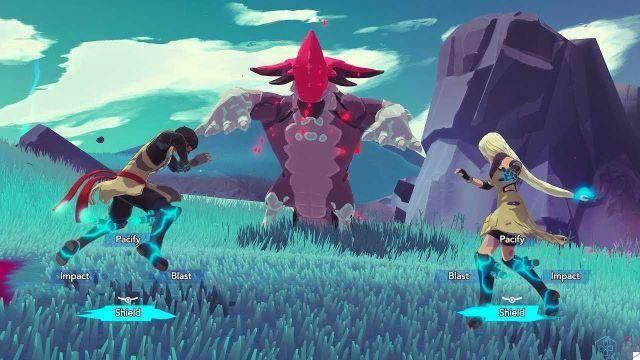 Haven's gameplay consists of some distinct phases and recognizable from each other. The "time" management of the game is managed through the phases inside of the spaceship, during which the relationship between the two protagonists is deepened and you can move on to the next day to proceed with the narration. Outside the spaceship it is possible to explore the game world, in which resources of all kinds are scattered ready to be collected. The planet, however, has been corrupted by some sort of sore which makes creatures hostile and corrupt, so they will need to be defeated and purified from time to time (often, actually).

The movement system is characterized by the glide, i.e. the possibility of "skate" with a mechanic called glide at high speed to move faster in the game world. This component works, and makes browsing faster and less frustrating. The only thing that makes us turn up our noses about the exploratory component is the fact that there is too much fighting in Haven. In fact, the exploration is interrupted far too frequently, due to the creatures that do not hesitate to engage in combat. 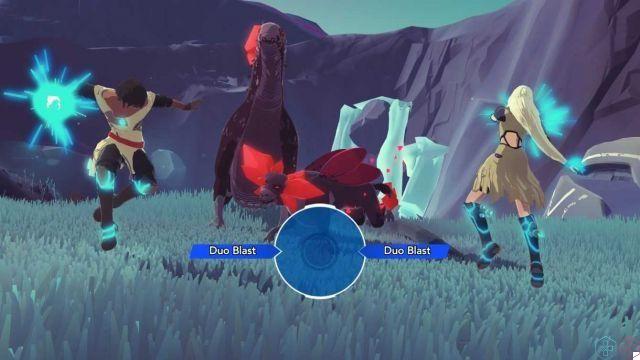 As already mentioned the nest, or the spaceship of Yu and Kai, is the main break point of the story, but at the same time the one that deepens it. Haven can be considered as a very permissive survival, in which the mechanics of hunger, fatigue and health have been introduced such as "God from the machine" to force him to return regularly to the base. Here you will be able to craft the basic items for Resource exploration, as well as food and healing. This loop of gathering resources, exploring and returning to the shelter, however, results later a bit monotonous and redundant. In fact, it is not possible, in Haven, to break this circle of events, with the sole exception of the possibility of staying and sleeping outside, but always bound to specific and protected areas.

While this loop is likely to get boring soon, it gives players great freedom to explore the game world without the pressure of completing a quest or continuing the game. Haven is never frustrating or prohibitive, making it an extremely accessible game. 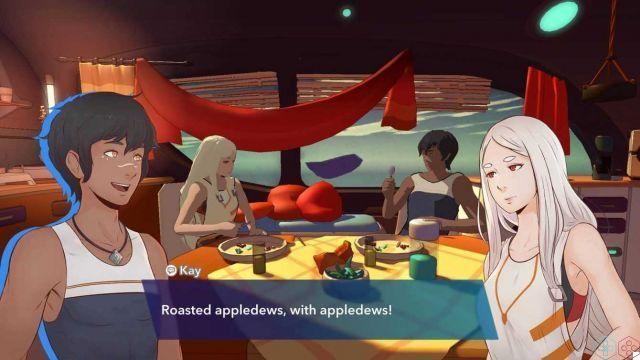 Technically and artistically speaking, Haven it is really beautiful. The game world is colorful, littered with plants and animals of all kinds and races, and the graphic style is really spot on. We feel like saying that we haven't seen such a well-optimized cell shading game in a long time. The game runs perfectly on next-gen Xboxes, with no frame drops or instability of any kind. The management of the camera is also excellent in the phases in which the glide is used to move, the combat phases are satisfying and the visual effects are beautiful to see.

The whole is framed by an excellent soundtrack, which at times recalls similar games (even in style) like Gravity Rush or FURI itself. The opening theme, which can be heard in a loop before the main menu, highlights all the influences of Japanese animation behind the Haven concept. 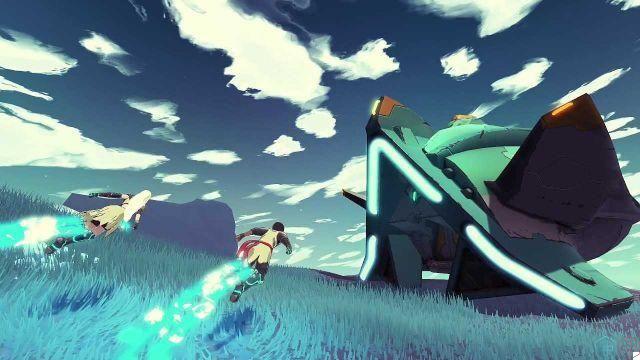 Haven is a good game, which despite the smudging and superficiality entertains without too many pretensions. The relationship between Yu and Kay, deepened in every facet, is developed in depth, making them extremely characterized. The only discordant note that could make some people turn up their noses is precisely the “heart” component. The love between the two protagonists probably should have had less centrality within the game, despite being the heart of the game. Some sessions may be boring or overly honeyed, with no actual plot purpose. From the point of view of the gameplay there are some excellent insights, which despite not having been exploited as they would have deserved are common valid. The technical / artistic department instead it deserves all our compliments.

In conclusion, having to find a main flaw in Haven, it would be found in the narrative. As repeated several times, the story is carried on by the love between the two young people, without however daring in some way. The experience is also flattened by a contour of confused and in-depth details, which are limited to delineating a contour of the game universe without a specific purpose.

Haven is available from December 3, 2020, at the modest price of 24,99 per PC, PlayStation 5, Xbox One e Xbox Series X/S. As always, we at techigames greet you, and remind you to stay connected on our site for more reviews, news and much more from the world of video games.