We had the opportunity, after talking about a preview, to try the full version of Disaster Report 4: Summer Memories, let's find out together in this review what we think

Earthquakes, volcanic eruptions, floods and many other types of natural disasters have often been the center of attention in films and TV series, with many Hollywood productions grossing millions. The same cannot be said, however, for video games. Especially in the West, disasters have never been the focus of development houses. Whether due to a lack of sensitivity to the theme, or because the interest of the mass is generally shifted towards more mainstream genres, very few titles have painted natural disasters in a convincing way. And then there is Disaster Report.

We had already talked about it Disaster Report 4: Summer Memories in our preview based on the demo released a few weeks ago, already expressing our concerns. Not that we expected a lot from the new chapter of the Granzella Inc. series, for heaven's sake, but the hope that it was less confusing and chaotic than the free trial was all there. We then rolled up our sleeves, put the backpack on our shoulders and heart-shaped glasses on his face and we set out on the adventure with Disaster Report 4: Summer Memories to bring you our review. 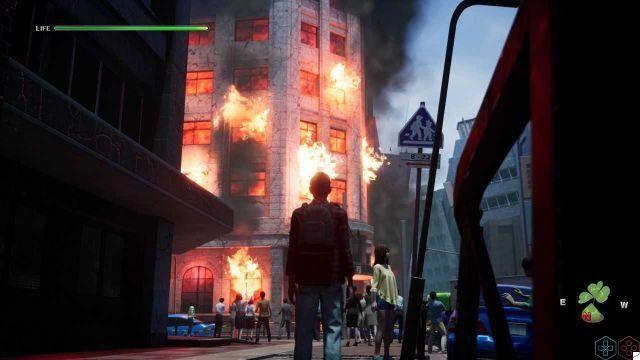 Available on PlayStation 4, Nintendo Switch e PC, Disaster Report 4: Summer Memories like all the titles in the series starts in the best way: with a gigantic earthquake. With a very simple editor we will be able to create our character, customizing his sex, face, complexion, cut and hair color. Few frills, but that's right too, considering the title's main focus is on on the events and reactions of the protagonist, not so much on his physical appearance. Rest assured anyway: you can customize your protagonist with the many (unlikely) costumes that you will find scattered here and there.


Once this is done, we will find ourselves directly catapulted into action. We impersonate a young man, whose background we can define with lines of dialogue right away, who visits the unspecified city for the first time. Whether it is for a business meeting, or for an interview, the fact is that we will find ourselves in the middle of a huge earthquake that will completely destroy the metropolis and it will overturn the bus we're traveling on. By exiting, we will be able to relive the initial map already tested with the demo, without additions or cuts. And, once this first phase is over, off to the unknown. If you think that's enough, you haven't discovered anything yet, let's move on with ours recensione di Disaster Report 4: Summer Memories. 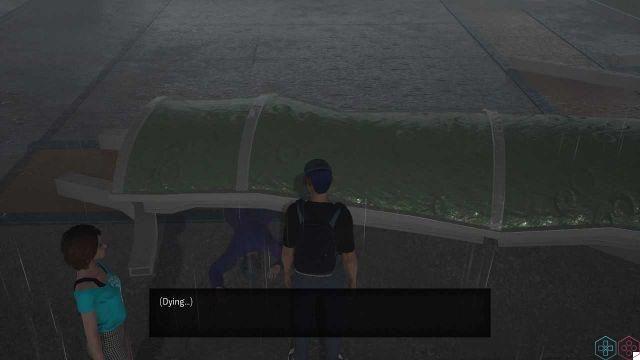 From the very first minutes we will be able to notice that Disaster Report 4: Summer Memories it is chock full of lines of dialogue or the protagonist's inner monologue. An infinite series of response or thought choices will be thrown on us right away, but it will take a few hours to understand that, in reality, the story is rather linear. The choice we make will only affect some reactions of NPCs, but to actually continue in the story the options to be taken are rather limited. Only in the final, which obviously we will not spoil you (we do not want to deprive you of so much emotion), the choices will be more decisive and can lead to different epilogues.

In addition to the choices, our goal will be to explore the various micro maps that the game puts in front of us and that we will have the immense luck to relive over and over again in the course of the adventure. This is because our protagonist will go around the goose several times to try to escape from the island. If, therefore, in the first two days of the catastrophe we see the city collapse and fall apart as a result of the numerous aftershocks, in the last few days we will be able to glimpse a glimmer of hope with the first works to remove and reopen the roads. 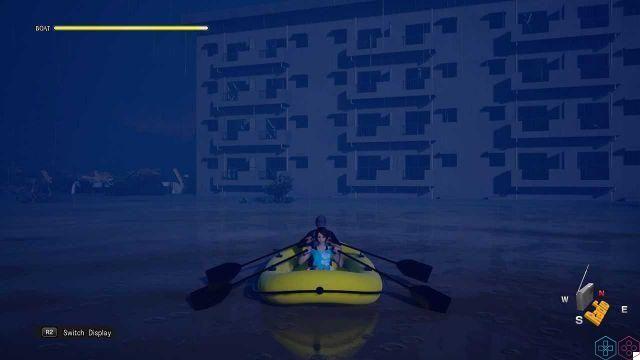 Now what is interesting Disaster Report 4: Summer Memories is certainly the idea behind it. An interactive adventure that will put us in front of many exciting and upsetting situations, sometimes even very crude. We will often see deaths, attempts at rape, robbery, fraud. The human soul will show itself below many different facets and, as we all know, in life we ​​will not only meet good people. Too bad that, often, these situations are represented too superficially and, especially with regard to rape, the final effect is rather annoying.

This superficiality is not so much due to a lack of sensitivity of the developers, God forbid, as simply to too hasty dialogues and a recitation of the characters from the Z series. Movements, facial expressions, dubbing: all factors that make the overall acting really awkward. 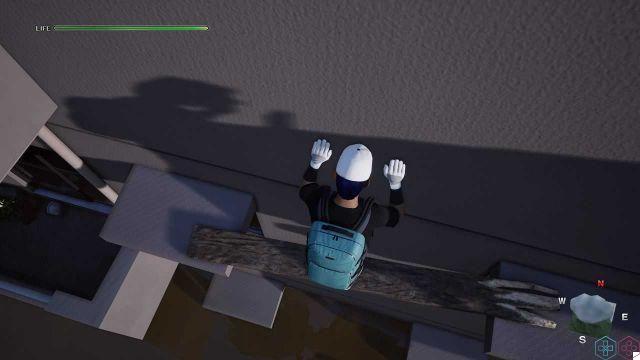 To make playing Disaster Report 4: Summer Memories even more annoying is the woodiness of the game mechanics, which remained quietly in the first half of the 2000s. we often found ourselves wandering around the maps without absolutely knowing what to do. This is because the game often does not give clues, there is no useful map (the one available will only show the interactions we have already had) and the compass at the bottom right is completely forgettable.

The objective will therefore no longer be “to continue”, how much "Activate the right trigger by talking to the right person at the right time to hope to continue". This is because Disaster Report 4: Summer Memories takes full advantage of the games of the PlayStation 2 era, where we could search for that bottle of water as much as we wanted, but if we didn't talk to that specific NPC placed in a corner of the map, that bottle of water. water would not be never appeared. Repeat this degree of frustration for the 10-12 hours that are used to complete the main campaign and you will understand why we have fallen what little hair we have left. 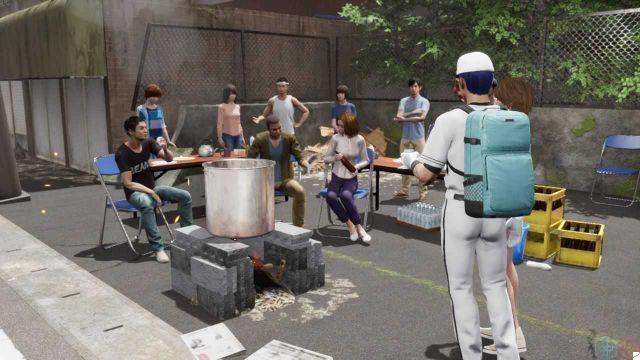 However, we have not yet reached the lowest point of Disaster Report 4: Summer Memories. This is because, as we have said, although it is frustrating to go on and embarrassing to hear and see from many points of view, the plot and the interaction with the NPCs at the end of the day offer quite interesting insights and almost never faced in a video game that has come to the West.

The sore point of Granzella's production is, absolutely, the technical apparatus. Let's break a spear in favor of soundtrack, with tracks all sung very in oriental style, which in the end are pleasant those three or four times that occur (even if, these too, deeply embarrassing). The rest of the sound industry is horrible from every point of view, with effects taken directly from some video game of the first era of PlayStation 3, embarrassing echo in closed areas and the visceral discomfort that causes walking in water. You have no idea. 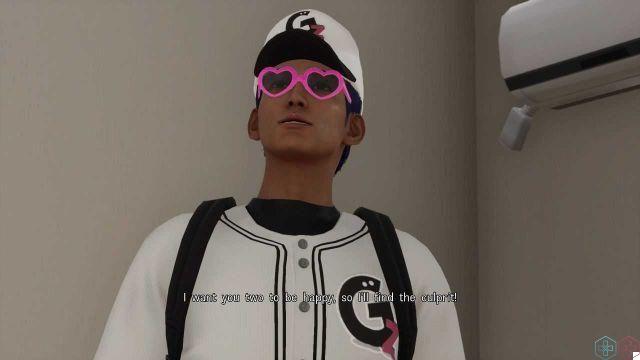 Aesthetically speaking, Disaster Report 4: Summer Memories is dated, very dated, too dated. Bare environments, outdated character models, forgettable graphics from every point of view, several glitches and bugs scattered here and there. A camera that, indoors, is at its worst, making exploration even more frustrating. And this on PlayStation 4 Pro. We were also lucky, considering that, from what we could hear, the situation on Nintendo Switch is even more catastrophic, with many drops in Frame Rate (which, however, in the PS4 version is quite stable) .

We didn't get to try out the VR version of the levels, which is unlocked at the end of each area and which can be selected from the initial game menu. Fortunately, we must also say, considering how much the third-person camera is already a dancer and how much the writer suffers from motion sickness, we probably wouldn't be here to write this review. 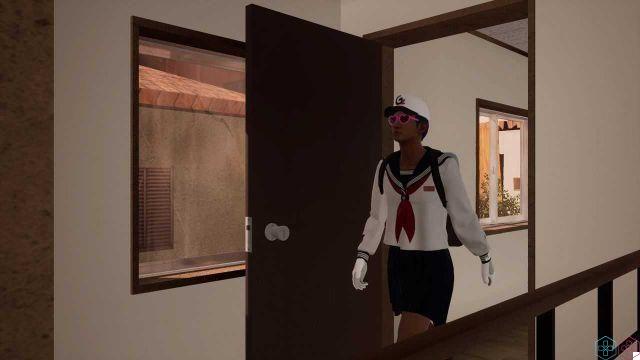 Have a good escape!

To conclude this review, Disaster Report 4: Summer Memories is a real catastrophe from almost every point of view. Although it starts from interesting and rarely probed assumptions in the West, it is lost due to an obsolete technical realization, mechanics that are now too dated and an underlying superficiality that is expressed with different waves of annoyance and frustration.

We agree that Disaster Report is a cult and as such must be respected, but at least one attempt to improve we expected it!