Dontnod Entertainment returns to our consoles and PCs with an action-RPG defined by small imperfections but with a lot to tell: here is the review of Vampyr

Dontnod Entertainment's gaming portfolio is quite varied, especially considering its short life. Starting with a linear action-adventure that attempted to rival AAA (Remember Me, 2013) and moving on to a narrative adventure that wowed audiences and critics alike (Life is Strange, 2015), we arrive at an action-RPG sandbox. , Vampyr. As different as they are, each of these works focuses on narration. Vampyr is built around it: (almost) everything in the game is closely linked to the plot and the world in which we find ourselves living. 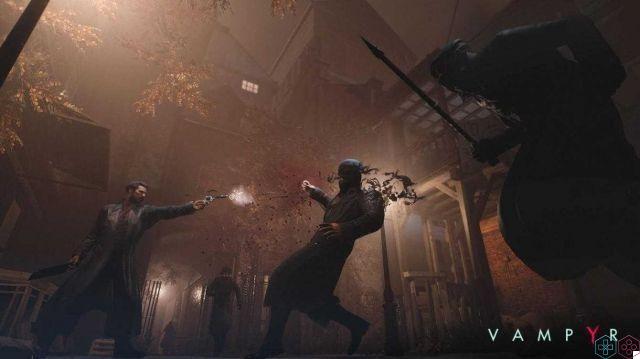 Vampyr: succumbing to the charm of a vampire | Review

It's just the world of Vampyr, this London of 1918 plagued by the Spanish influence, to fully convince. The city is not just a background within which we have to move the protagonist but it is a real microcosm made up of countless interesting characters, starting with our own, Doctor Jonathan Reid, a veteran of the Great War and returning to his homeland who finds himself a vampire. (Ekon, to put it better). Its (and therefore our) goal is to discover the identity of its creator. In between, a non-life of conflict: our Hippocratic Oath will always be tested by our desire for blood, both on a narrative and a playful level.

The strong point of Vampyr lies precisely in the fusion of these two elements. Dontnod's game is a real RPG that will ask us to interpret the character as we believe is most appropriate. We will be constantly called to express ourselves on moral and often, literally, questions of life and death, without ever having a complete view of the events taking place. Jonathan has just been reborn and does not know the world around him: together with him, we will have to understand what are the rules of the night and what are the forces in play. The consequences of our choices, often unforeseen due to our "ignorance", will not only be narrative but will affect the entire game world.


Vampyr: the death of the neighbor is getting redder | Review

How? Killing a citizen will affect the level of health of his neighborhood which, if too low, will lead to the disappearance of other characters and the increase of enemies along the streets, as well as the loss of missions and objects related to it. Why sacrifice a human life, then? Because our thirst isn't just a cliché of the vampire world: blood is our main source of experience points. The missions (main and secondary) will give us the bare minimum to survive the violent encounters but if we really want to awaken our abilities as immortals, we will have to feed on the unfortunate souls we will meet on our path.

The process is limited by our level of fascination (which increases automatically as the plot progresses) and the conditions of the human in question. The experience points that we will get, in fact, will depend on various factors: each character has a starting value that decreases in case of diseases (which we will have to promptly eradicate by synthesizing cures with various materials) and which can be increased by finding clues about it.

We then return to the narrative. Exploring the alleys and abandoned houses of the London neighborhoods we will find objects (often letters or notes) that will reveal these little secrets about the characters, in turn this information will unlock additional dialogues which, in case of our correct answer, will often lead to new ones. clues, also linked to other characters. Furthermore, the death of a character will affect all those belonging to his social circle: a mother who has lost her child who was in hospital, for example, will not be happy but will protest injustice while a widowed woman will find a new husband.

Vampyr's is one constant synergy between plot purposes and playful purposes. Exploring the city, talking to the characters by investigating their lives and their secrets, deciding who must be saved and who must die: these will be choices dictated by pure roleplay or by the thirst for additional experience points. Leveling up, however, requires a day of sleep in one of the many hiding places around the city: we will enhance our character, leveling him up and obtaining new offensive abilities, but over time we will also see diseases spreading among the citizens. (if we don't treat them regularly) and the neighborhoods reinvigorate or perish as a result of our choices.

In between, we will also have to make our way between human and non-human enemies. As we have said, our strength is dictated above all by our diet: the less we feed, the more difficult the game will become as we advance. Often we will be able to avoid the fights against the enemies that patrol the streets (through hidden passages or with a stealth ability that makes us invisible temporarily) but in the end we will have to do battle, especially with the various bosses. Positive moral conduct, therefore, increases the rate of difficulty and forces us to carefully exploit the limited resources at our disposal. In any case, the level is not the only thing that matters: we will have to use many weapons, which can be upgraded with the materials that we will find around.

Vampyr: he who by the sword wounds the canine perishes | Review

The combat system cannot rival the most famous exponents of the genre, but overall it works. We will have a main attack, a secondary attack and dodge, as well as four powers plus a long-reload final move. Everything, however, is based on the resistance of the enemies to the various types of damage that force us to properly exploit the few powers at our disposal: although talking about builds (in Dark Souls style) is a bit exaggerated, in our experience we have find yourself thinking about possible combinations of powers and weapons to maximize our combat efficiency. The battle system, in short, is not incredible but it is great for changing the pace between a narrative phase and one of exploration.

Vampyr is a mix of game ideas and excellent narratives: unfortunately the experience is partly ruined by some technical limitations. Dontnod's game is what is usually referred to as a "medium budget" (ie it is not a small indie, but it is not an AAA): its half-title nature can be seen in the limited animations of the non-player characters, for example, but the real problem, on the standard PlayStation 4, is linked to the often dancing frame rate, to long uploads, to textures that struggle to load and to some crashes fortunately limited by frequent autosave (which prevents us from cheating and repeating a moral choice that gave unpleasant consequences). Fortunately the sound component defends itself very well, with a valid dubbing but above all with very apt music (feeding on a person is worth it just for the background). 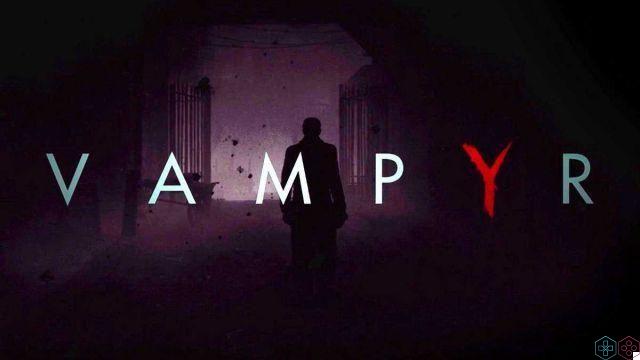 Vampyr is a video game that should be enjoyed calmly, mixing main and secondary missions, exploration, fighting and dialogues that are verbose but well written. Trying to experience this game by skipping even just one component could give the idea of ​​having an uninteresting work in front of you; if instead you live it in its entirety, you will discover a small world that is very deep and capable of giving satisfaction.

add a comment of Vampyr Review: Vampire Diagnosis on PlayStation 4