Codemasters, together with Koch Media, brings us back to the asphalt of the best formula one tracks with the new F1 2019. Among the novelties the Formula 2 championship and new vintage cars. Here is our F1 2019 review!

We are ready to return to the Formula 1 tracks and Codemasters it allows us to do it in advance of other years. Lots of news and surprises in the new F1 2019, among the challenges of legends Senna e Cheers up to the new vintage cars such as the "1990 Ferrari F1-90"And the"1990 McLaren MP4/5B“, To finish at the new F2 championship. Between curves and straights over 300 km / h, we will immerse ourselves in a state-of-the-art Formula 1 simulator. With a completely renovated audio department and the video sector that brings us very close to the feeling of real racing.

A champion starts from the bottom - Review F1 2019

One of the most important news of F1 2019 is precisely the championship of F2. It is possible to try your hand at this new implementation desired by Codemasters already at the beginning of the game. The positive note is that whichever team you choose there will be no difference. All thanks to the fact that in F2 all the cars are identical. We will therefore find ourselves in front of the excellent Dallara 2018. Furthermore, all the rules of the formula 2 championship have been implemented. In fact, we would have only one free practice session, followed by that for qualifying. After that we will have the Feature Race, that is the normal race with mandatory pit stop. After this, we should compete in the Sprint Race, the shortest race and with the starting positions reversed.

From Formula 2 to Formula 1 is a moment. Learning to drive the F2 single-seater will certainly give us a hand to venture into the countryside where F1 is the protagonist. By doing the campaign we will start from F2, even if we shouldn't really compete all the races.

In fact, we will have to take part in only 3 races which will be characterized by different ones Events which we should remedy. Once that is done, we would have the chance to join F1. Negative note is given by the fact that once we landed in the top racing series we would have the possibility to choose any team. Of course, each one will have its own objectives, but Codemasters could have been more realistic in this sense too and give us the possibility to access only the “small” stables. 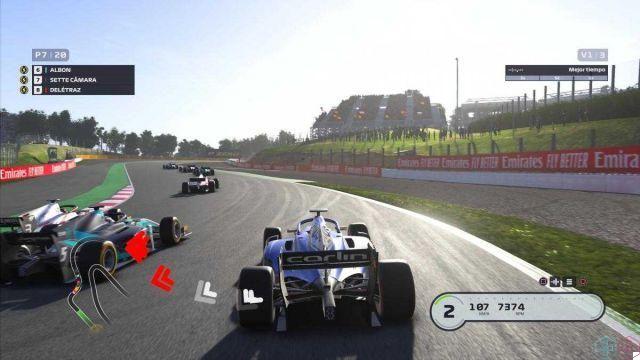 Few differences from the old to the new edition of Formula 1. The tree of the Research and Development just as we had come to know in F1 2018. Our dear too Clear is back with new interviews. The questions of the latter are varied and more inherent to what happens in the race, but the evolution is not drastic. As in F1 2018, the rivalry, with the exception that this time we bring them with us from the F2 championship. In fact, we will find ourselves having to shoulder with our ex-teammate Weaver and the archenemy Butler.


Of course, you don't just run in the countryside or in single player. We find the Multiplayer and this time he really took the leap he needed. First of all, the possibility of customize the car to be used online with colors, sponsors and much more. If on the one hand we will find, however, the usual spoilsport ready to crash into the first corner; on the other hand, the new management of rules, penalties and bans makes multiplayer a more peaceful world. Without forgetting that it is finally possible to make a championship cooperative multiplayer, perhaps one of Codemasters' best ideas in recent years.

Audio and Video from the new generation - Review F1 2019

When you drive the single-seaters and travel the entire track, you realize many things. One of them is that Codemasters has laid the groundwork to obtain a simulator with all the trimmings for the new generation of consoles. Already with today's consoles it is possible to enjoy lights and shadows that wink at reality. Not to be underestimated, then, the sound compartment that delights us with different sounds also based on the car we drive. Try to get on one Ferrari before and on one Red Bull after. The difference between the Maranello engine and the Honda power unit is felt. Not only on a sound level, but also on a tactile level if we have a steering wheel with force feedback technology.

The video sector is also not to be underestimated. Thanks to the new EGO Engine 3.0, Codemasters has managed to give a magical touch to the management of the lights in the race. Finally, to accompany the accurate design of the F1 cars there will also be excellent lighting. As we said at the start, thanks to the new EGO Engine 3.0 and the ever more accurate single-seaters it seems to be playing a product ready for the generational leap. All this also involves perfect management of lights and shadows who give their best in the evening races. 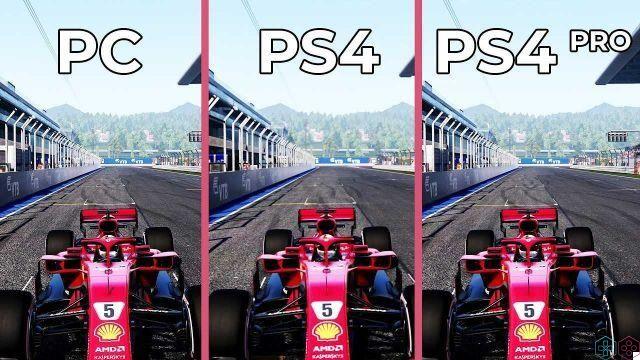 Just like in previous editions, it will be possible to drive with or without aid. If you are approaching a car racing simulator for the first time then it will be best to make use of the control of the traction or of the braking assisted. Many, even if they are more experienced in this game, still prefer to keep active the anti-blocking of the wheels when braking. It is one of the most important aids but it makes it quite easy to approach the curve, especially if you play with the controller. One of the aids that makes playing easier but doesn't help us in terms of speed is the automatic change. In fact, by selecting the manual gearbox we may be able to manage the gears in order to obtain more speed on the straights.

Few changes, however, regarding the screen in the race for F1 2019. The only novelty lies in the view that allows us to keep under control the deterioration of some parts of the car that become part of the group of components to which we should always have a look. The engine, such as unit and cultural, , become components that can be changed over the course of the season. We must, however, be careful because we have a limited quantity and once finished we could run into penalty in the starting grid.

This very novelty involves some risks, both in and out of the race. We could risk having the gearbox broken in the race and therefore not being able to engage any gear. Or, we would have to deal with a power unit that has a tantrum and fail to reach certain speeds. This risk, of course, is also possible in the qualifying session, thus wasting the precious time necessary for the engineers to change the destroyed component. It must be said, however, that if you use a basic aid configuration, these drawbacks do not come to the surface. 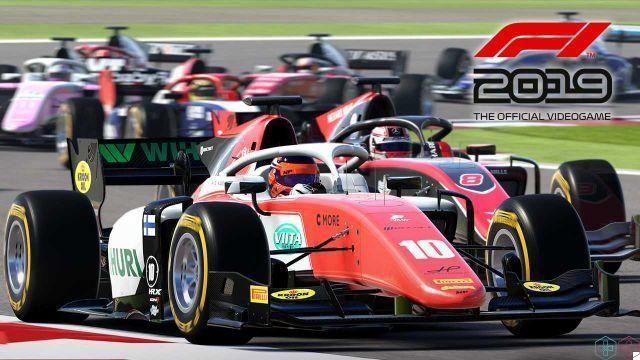 As seen in this review, therefore, there are many novelties of the new F1 2019. With cutting-edge development, Codemasters allowed us to play the new F1 simulator two months earlier than usual. The release in advance, compared to the past, however, allowed us to obtain a respectable simulator that winks at the new generation of consoles. Between audio and video that allow you to enjoy a simulation very close to reality. The multiplayer sector also gets a high score with its new features, even if some customizations can only be purchased from the store using real money.

F1 2019 it's a great game and we'll never get tired of saying it. But the confirmation is obtained from the same Codemasters who wanted to create a simulator that could compete with other games even in the world of E-sports. Precisely for this reason Codemasters has decided to increase the 1 F2019 World Championship prize to $ 500.000.