In this review we will tell you about the PS4 version of Crysis Remastered, the new remastering of one of Crytek's most iconic titles

They have passed well 13 years since the launch of the first Crysis, one of the most iconic titles developed by Crytek. This known FPS now it has many fans all over the world and despite the passage of time it still remains an example as far as graphics quality on PC is concerned. Now finally the new Crysis remastered is also available on PS4 and with our review we will let you understand if this new version of the game is capable of honoring the original title.

In Crysis, players will take on the role of Nomad, an elite American soldier equipped with a highly technological suit capable of providing him with superhuman powers. Nomad will have to infiltrate the island with his team Lighshan, currently in the hands of a North Korean army, and rescue the genius Doctor Rosenthal and his daughter. The mission on the surface may seem simple enough, but unfortunately American soldiers will have to contend with a much greater threat than expected. In fact, the North Koreans have come into possession of a mysterious one alien artifact and in an attempt to study it they have unleashed a terrible calamity on the whole island.

The story of the game is very classic and from 2007 to today we have seen many titles tell more or less the same things. Despite this though the plot is still enjoyable even after so many years, especially if you are a fan of the original chapter or a movie in the style of Predator. 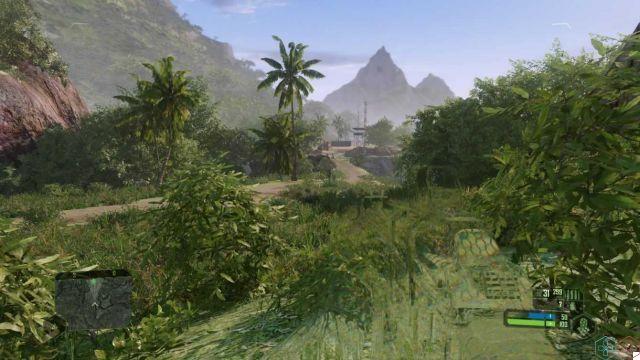 After nearly 13 years Crysis gameplay has aged a little, but it is still extremely fun. Despite the incredible skills of the suit, such as the ability to become invisible or super resistant, the enemy soldiers are really powerful and can take you out with just a few well-aimed hits. This really makes the game challenging, especially on higher difficulties, and allows nostalgic players to relive that old school feeling typical of the FPS of the past.

To survive the lethal attacks of the enemies you will have to make the most of the map, and in this respect the game still manages to shine today. The island of Lighshan offers a very varied scenario that allows players to use very different approaches to accomplish a goal. In addition the map also features lots of destructible elements which offer further possibilities of approach and make the most heated fights really scenic and fun.

The only aspect that is really outdated nowadays is the artificial intelligence of enemies. Despite the extreme firepower, soldiers will always be a lot predictable and they will react to our actions in a mechanical and not very reactive way. 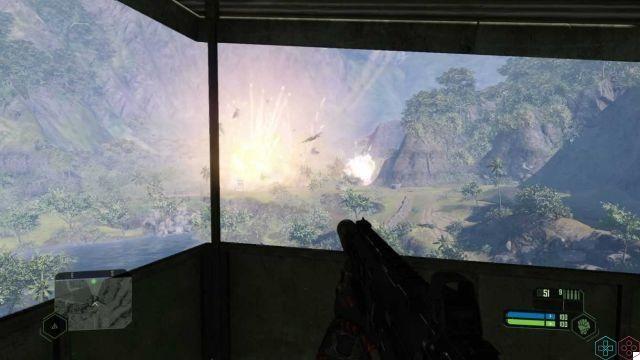 Visually, Crytek did a really good job with the PS4 remastered Crysis. The title is really very nice to see and this is mainly due to excellent use of lighting. Compared to the original title this remastered uses a completely new lighting system, capable of making the game environment much more realistic and hiding some texture defects thanks to the shadows. Unfortunately in fact textures haven't improved much from what they were 13 years ago, as the development team had to compromise in this respect to try to maintain stable performance. 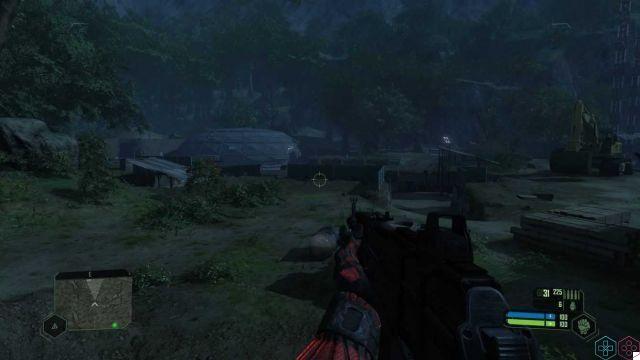 So many technical problems - Crysis Remastered Review for PS4

As we said earlier Crytek has done a great job with the graphics sector, but the technical side of the game, on the other hand, is really lacking. During our test (which took place on PS4 standard) we have encountered numerous really serious problems for the remastered of a product with more than 10 years on its shoulders.

During the first hours of the game the title manages to maintain a fairly stable framerate, but going forward the situation changes drastically. The more advanced missions are very hectic and have many enemies, and this one negatively affects the fluidity of the product. In some of the more excited sections frame drops are really heavy and this ends up seriously damaging the player's experience. The unstable framerate is then also joined by the annoyance of checkpoints, since every time we reach one the game will freeze for a few seconds.


In addition we also found a certain software instability. In fact, throughout our test the game crashed several times without warning, making some missions very tedious. 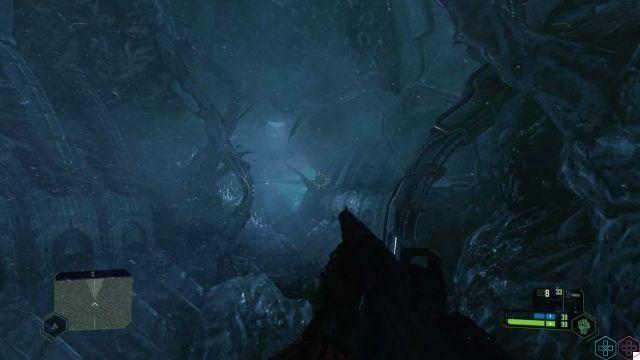 Crysis Remastered is a real product well done from a graphic point of view but which unfortunately is sunk by one very problematic technical component. The gameplay and story are still very enjoyable, but some players' experience may suffer due to FPS drops. In any case this remastered is superior to that released in 2011 for PS3 and Xbox 360, so if you have never tried the original title and want to recover it, this new version may be for you despite the problems.

Crysis Remastered is available now for PS4, Xbox One and Nintendo Switch. If you are interested in staying up to date with all the news on the world of video games and much more, then keep following us here on techigames.