We believed that no RPG could stand up to the superb The Witcher 3. Warhorse Studios, however, without aiming for a direct clash with CDs Project Red has created an exceptional historical RPG, even if not without flaws. Let's find out Kingdom Come: Deliverance in our review

The development of Kingdom Come: Deliverance it wasn't the simplest, but the boys of Warhorse Studios they inspired us with confidence right from the start. Few but good, as they say. And above all with a great desire to create a title that would be remembered, open to modern times, and based on a necessary historical documentation: all to be done at the same time. For such a small team (and at the beginning) it was certainly not a trivial matter, and you can see why Kingdom Come: Deliverance is somewhat reminiscent of the late Fallout 3 at the time of its release. Unmissable, of course, but with so many problems to feed memes even after many years.

After teasing us with various trailers, useful to show the game world and certain gameplay mechanics, Kingdom Come: Deliverance invited us to explore its late medieval environment, made up of castles, bandits, armor and armies, but also the smallest and most detailed descriptions of the daily life of the time. So let's see what this (apparently) gigantic RPG has to say and in what aspects it turned out to be below expectations. The promotion, however, came without skimping on decimals.

Kingdom Come: Deliverance It is set in Bohemia at the beginning of the fifteenth century, in the century that marks the transition between the Late Middle Ages and the Modern Age. The protagonist is Henry, a young adult and son of the blacksmith of the small village of Skalica. He will remain so for a short time, because the historical context will not allow him to live a modest but peaceful life. Bohemia was in those years torn by civil war. After the death of Charles IV (beloved by his people) the throne went by right to his son Wenceslas, gone down in history as "the lazy". The not too good name was due to his passion for women, wine and pleasures, rather than for politics. The nobles of the country therefore invoke the much more respectable, and useful for their politics, to help. Sigismund of Hungary.


And it is precisely the army of Sigismondo ad invade and annihilate Skalica during the first hour of play, thus also marking the end of our adolescence. Henry, without parents and nowhere to live, he will have to start his adventure in a much larger world and complex than the boy believes, despite the fact that he has always dreamed of being able to visit him. His path will lead him to become a knight (or a thief, or a cleric: it depends on your choices) as he tries to shed light on his past and defend his country from the invaders and brutes he meets along the way. 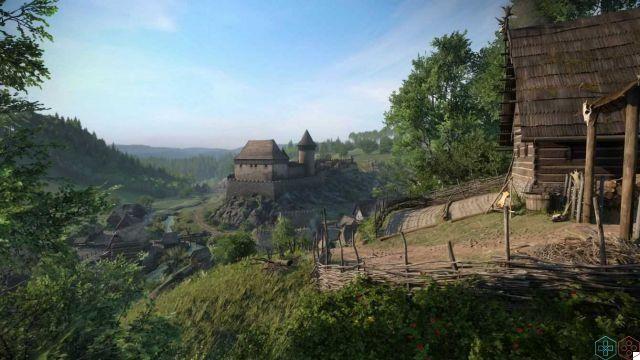 Kingdom Come: Deliverance's narrative does its duty without aiming for an Oscar, but it can above all make use of an exceptional historical reconstruction, like the entire game world rebuilt by Warhorse Studios. The Bohemia of the title is therefore perfectly credible, not only because of the events narrated, but also because of the way of telling them. Villages, castles, monasteries, even the barren grasslands of north-eastern Europe are faithfully reconstructed, thanks to a huge amount of studies carried out in four years of work by the development team. A quick look at the details inside the buildings (but also the architectural ones outside) will help you get a better idea. It is a very credible Middle Ages, and for this reason the production also earns a didactic-educational value.

Ma Kingdom Come: Deliverance it is not just a plot and historical context. The heart of the production is rightly the gameplay, as it is first of all a video game of course. From this point of view, the title of Warhorse Studios is a very deep open-world RPG, a genre that in recent years is practically infecting every production on the market, and that found a new source of inspiration a few years ago in The Witcher 3. From the point of view of the tasks and professions that we can choose to carry out, however, Kingdom Come: Deliverance is even deeper than The Witcher 3, allowing us to choose the "path" that suits us best, and thus leading us to enhance some specific skills. by Henry. Instead, there is no magical or fantasy element, for once.


There are really an infinity of skills. Some will improve our ability to force locks and doors, others will make us formidable warriors. And the best way, if we don't want to spend skill points, is to keep doing what we like to do - Henry will specialize accordingly. Continuing to fight with the sword, for example, will enhance our skills with the sword; but it is also advisable to spend some eloquence points plus if we want to have access, right away, to many dialogue options that we could otherwise get lost along the way. The missions of the main story and the secondary ones, which constitute the objectives of the title, can be approached in many different ways (this favors replayability even after fifty hours on the same roadmap). We can usually opt for a peaceful way and a more… abrupt one. 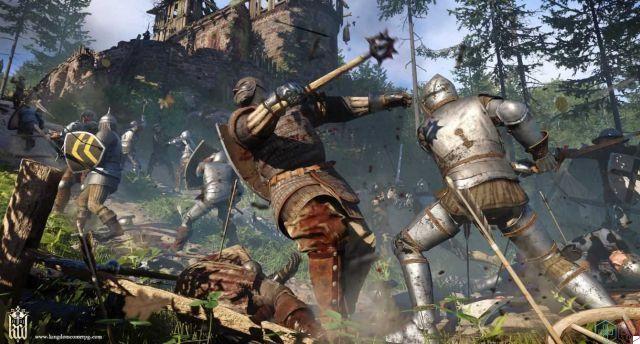 Kingdom Come: Deliverance unfortunately he is also suffering from various problems, some severe. Bugs and glitches of sorts can corrupt game saves, invisible walls prevent us from leaving a house we entered quietly just before. Annoying pop up effects and frame rate drops very frequent afflict the PlayStation 4 version that we have had the opportunity to try, and things only improve slightly on the PlayStation 4 Pro. It does not help that the saves are not "free", but require a particular drink, the savior's grappa, which among other things also causes problems with alcoholism for Henry. You can also save by "sleeping" at the end of the day, but in the middle of a mission, at night, in the Bohemian camps against the bandits it is not that you find beds under the trees. And here saving can really make a difference, on pain of losing bailouts of at least half an hour earlier.

Definitely deserves a few words Kingdom Come: Deliverance's combat system, which also winks at the historical reconstruction made by the developers. Holding a sword it is possible to direct the movement through the right analog, and then deliver the blow with R2. The direction of the blow, indicated by some symbols on the screen, must be related to the opponent's guard, otherwise the blow itself will not hit: it is a complex system to master but very rewarding, and it reminded us of a kind of evolution starting from that of For Honor, the Ubisoft title. With R1, on the other hand, it is possible to perform a much faster hit. Swords are not, of course, Henry's only weapon: you can go hunting with a bow or crossbow, and beat bandits with a club. Hurting civilians is not only unethical, it will also take you straight to jail.

Kingdom Come: Deliverance is a vast (14 square km) and detailed open world, thanks to an exceptionally faithful historical reconstruction. Sin in some gameplay mechanics that more than complex we could define exaggerated (dirty clothes affect the eloquence? But really?). Above all, the console versions are plagued by too many problems, ranging from technical to graphic-sound, above all the annoying pop-up effect. It remains a long-lived, deep and fun adventure, which on home television still deserves an opportunity, which perhaps will be favored by the first price cut.

add a comment of Kingdom Come: Deliverance review, an unmissable adventure in the Middle Ages