Victor Vran: Overkill Edition, previously released on PS4, PC and Xbox One, joined the long list of indies available for Nintendo Switch, right after the announcement of the port of Diablo III. Will this be the right move and will Victor Vran be able to compete with the isometric ARPG par excellence?

Victor Vran, tells (precisely) the story of Victor, a monster hunter, who arrives in the city of Zagoravia in search of his friend Adrian. The city has been besieged by monsters, demons and the undead, and so the queen has decided to hire hunters to clean up the city. When Victor, however, arrived in the city, he begins to hear a voice in his head. This will accompany us during our adventure with the dual purpose of telling the story (like a voiceover) and helping the player in some points. Arriving at the Castle, the hunter receives his mission from the queen, and there begins our adventure to cleanse Zagoravia of the plague.

Victor Vran's gameplay is quite simple: take down the demons, do the dungeon missions, take the loot. Basically a Diablo-like like many. To avoid the classic monotony risk, the game features a huge choice of weapons, hero powers and customizations, which make the game varied and customizable at the right point. Between swords, sickles, hammers, guns and guitars (yes, you read that right) and destructive abilities, the player has free choice of how to get rid of the hordes of monsters he will be forced to face.

Furthermore, the choice of such a simple mechanic makes the game light and fun, suitable for both long game sessions and breaks during which the player just wants to vent his frustration on the poor demons that run into Victor's path. The choice to insert the missions at each change of room, then, adds the taste of the challenge to the whole, the icing on the cake of this type of game. Finally, the component Co-Op it surrounds the whole, allowing you to play with another player, both locally and online (but, alas, not with both simultaneously). 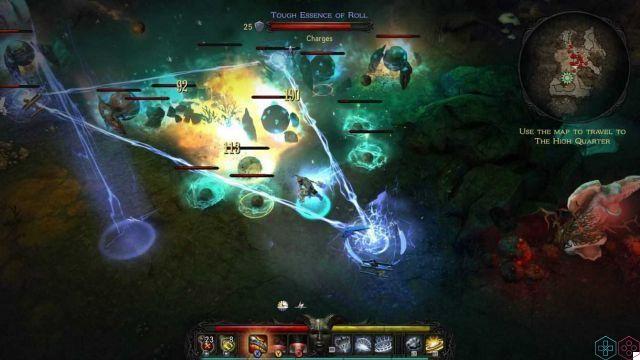 Aesthetically, the game looks pretty good, except for a few minor issues. The graphics are almost the same as in other games of the same genre; nothing exceptional, but it makes the mood of the game light and "cartoonish". The graphic effects are very nice, even if not well cared for, as well as the details of the map and monsters. In some points, in fact, the textures present small resolution problems, while in others there are small frames drops.

There is also something to say about the "bug" factor: very often, during the game, it happens to jump on props and fall into them, or to get stuck in the walls that delimit the map. Nevertheless, the game runs smoothly both in the “home” component of the console and in the portable one. In fact, the lightness of the game (both in terms of gameplay and "required power"), is taken to another level by Switch, which makes it perfectly enjoyable, both at home and away, despite the problems previously mentioned.

As previously stated, the Victor Vran: Overkill Edition includes two DLCs very nice: the countryside Fractured Worlds, and the mode Motörhead: Through The Ages. The Fractured Worlds mode is mainly dedicated to those who have finished the main game and want to try their hand at more demanding challenges. In fact, the mode generates "random" dungeons, in which the player will have to face decidedly difficult challenges and more powerful opponents than those faced in the main campaign.

The Motörhead mode, on the other hand, is probably the funniest and most particular thing in the game; the campaign, in fact, is entirely based on the legends of rock and metal (in fact, i Motörhead), in a new setting and with new enemies. Armed with a powerful guitar, players will be accompanied by Lemmy Kilmister (frontman of the band), throughout the campaign, full of humor, rock music and crazy bosses. In addition to exterminating the monsters armed with guitar, players will be able to unlock the costumes of the band members, to use them in the campaign or other DLC. 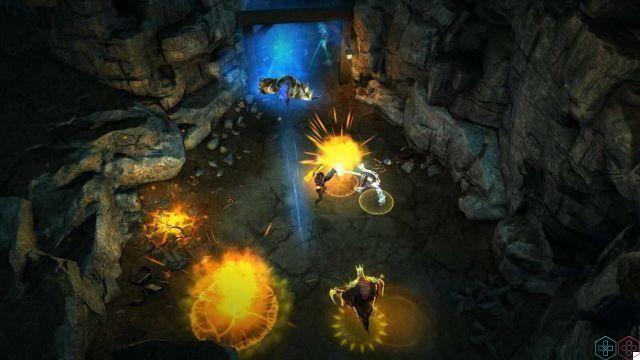 In conclusion, Victor Vran: Overkill Edition may not be a masterpiece, but it is definitely a title to play, especially for lovers of the Diablo-like genre. Despite small aesthetic problems (let's not forget that we are talking about an indie), and not being able to play simultaneously with other players locally and online, the gameplay is frenetic, fun and satisfying, thanks to the variety of monsters and the challenges that we find ourselves to face in the different dungeons.

The portability of the Switch allows you to play it in short sessions to disconnect from the daily routine, which makes it perfectly enjoyable in any place and situation. The DLCs are well done and add that extra edge that can push the public to buy the game. Absolutely recommended!

Review Visage: the survival horror that many missed ❯