Let's find out in this review of Ghostbusters: The Video Game Remastered how the title of Saber Interactive behaved on PC

After the good debut had in the year of publication, the title developed by Terminal Reality e Red Fly Studio comes back in a whole new guise. Let's find out in more detail how the remastered version performed on PC and find out if anything has really changed from its original version. So let's start this review on Ghostbusters: The Video Game Remastered and let's find out how the most famous ghost-catchers in the world of cinema present themselves to us.

If there is something unusual in your neighborhood who will you call? - Ghostbusters Review: The Video Game Remastered

Contrary to its predecessor, this version of the title only offers career mode. It will therefore not be possible to cooperate with friends as was previously the case. However, we believe that this possibility will be provided in the future, perhaps thanks to an update that will unlock the functionality. The story written by Dan Aykroyd e Harold Ramis it is proposed as the natural follow-up to the first two films released in the 80s. It fits perfectly in the future somewhat close to the second film, tracing and re-proposing the spirit that made this saga famous.

For those who don't know it yet, the game is structured according to the mechanics of one third person shooter, with some changes due to the various gadgets used by the Ghostbusters during their battles against ghosts. Everything we need is on our shoulders. The proton backpack in fact, it will be equipped with all the unlockable features as we progress in our career. Each component can then be enhanced thanks to the money we will make during our adventure.


Focal point of the gameplay is search and capture (as happened in the movies) of the various ghosts that haunt the city. The latter will have unique peculiarities and will have to be dealt with appropriately. Each level will also feature a very particular map and often we should resort to a pinch of ingenuity to continue our adventure. 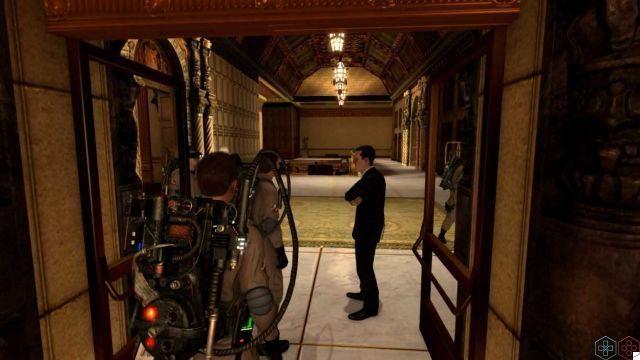 I'm Not Afraid Of No Ghosts - Ghostbusters Review: The Video Game Remastered

Although therefore the gameplay is compelling and can guarantee everyone a good feeling, so much so that even those who are not fond of the genre complete the game, the various problems of this remastered come right from the start of the title. Speaking of the graphic aspect, it is certainly noticeable how the developers of Saber Interactive have intervened for ensure good fluidity. However, the work done by them seems to be be done without too much effort.

Textures and patterns have undergone a light dusting, largely retaining the look the game had previously. In fact, the developers seem to have focused more on the increase of the resolution than on anything else. Little has been done to adapt the game to new consoles and new PCs. While the game itself feels slightly more dynamic than its predecessor, there are still some things to notice not indifferent frame drops in some phases that affect the experience.

Another negative and quite important note in this review on Ghostbusters: The Video Game is the absence of Spanish dubbing. By now we are used to hearing video game characters speak in English, this is true. However since the Spanish dub was already present in the original version, it is not very clear to us the reason for its absence in this remastered edition.


Even the original videos they have not undergone any changes and this sometimes led to small technical problems on new hardware as in our case. In fact, video and audio result completely out of time. Result? We will hear in advance what will appear on the screen with a rather unbearable slow motion effect. All this makes the story less enjoyable and decidedly heavy. 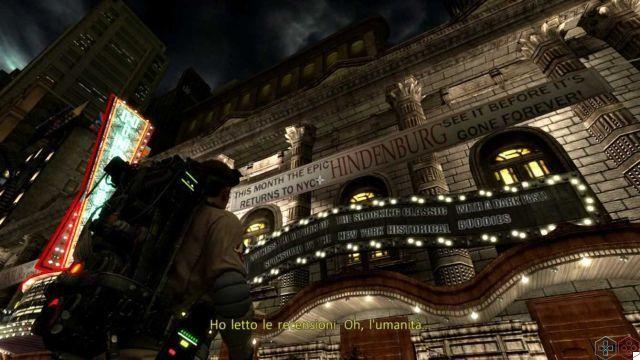 We have now reached the end of this review on Ghostbusters: The Video Game Remastered and it is therefore time to take stock. The experience is in full ghost-catcher style, just like in the original version. While good overall gameplay can be enjoyed, despite some major frame drops, the technical sector leaves something to be desired. The textures as well as the models remained fixed over time, resulting in the remastered more a port than a "restoration" of the original.

The audio sector is also very lacking, lacking the Spanish dubbing present in the original version. Cinematic videos aren't up to par either. We have encountered problems on our PC version that made us turn up our noses and make it impossible to enjoy history. In short, a remastered that remastered has only the name. That's all for this review. In order not to miss further news regarding the videogame world, keep following the pages of techigames!

Ghostbusters The Game Remaster - Xbox One 24,90 5 Remastered in name only

add a comment of Review Ghostbusters: The Video Game Remastered