The Medium Review: It all starts with a dead girl

The Medium is almost upon us, we at techigames have had the opportunity to try it in preview, and this is our review

The Medium is the latest and ambitious project by Bloober Team, Polish studio based in Krakow. The development of the game, originally meant for PlayStation 3, Xbox 360 e Wii, had been interrupted for (evident) technical limitations in the management of the duality, characteristic of the title. With the advent of the new generation of consoles, the project was completed by converting it into a Microsoft exclusive. Let's find out The Medium together in this new review!

It all starts with a dead girl

As already mentioned, The Medium is the latest effort by Bloober Team. Despite its troubled development, the game is finally available as a next-generation Microsoft exclusive. The game, which begins precisely with the quote we inserted in the title, talks about the misadventures of Marianne. Marianne is gifted with a particular gift: thanks to her sensitive powers, she is able to enter in a parallel reality called "limbo".

In the so-called limbo Marianne manages to interact with the dead, and it is around this dynamic that The Medium revolves. For the duration of our adventure, we will be guided by the departed towards the truth through a world made of pain, repentance and resentment. Emotions capable of taking shape in a creature called “La Fauce”, the only antagonist of the game always looking for souls to consume. 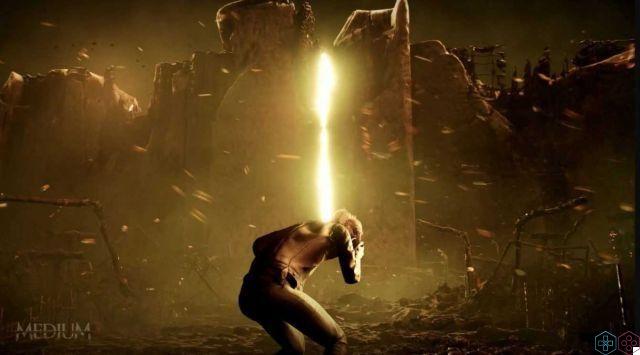 In the balance between two realities - The Medium Review

Let's start by specifying that The Medium rotates almost exclusively on a key pivot: that of the duality between real world and parallel reality. The key mechanics on which the entire gameplay is based is the parallel management of the two game worlds. In the role of Marianne, in fact, we will have to juggle at the same time between the real world and what only she can perceive thanks to her skills. The real world, set in post-communist Poland, features the cold but detailed setting typical of northern European cities. The parallel reality, on the other hand, is a sort of ghostly limbo characterized by sepia colors and clichés typical of horror pop culture such as walls covered with human skin and skulls scattered here and there.


Since the parallel world is an exact mirror of the real world, the main mechanics of the game consists in juggling riddles and puzzles to be solved by interacting with the environment between the two realities. If necessary, finding yourself stuck in the real world, it is possible temporarily abandoning your body to venture exclusively into limbo in search of a solution. This, "in a nutshell", is the picture of The Medium's meager gameplay. But rest assured, we'll be back 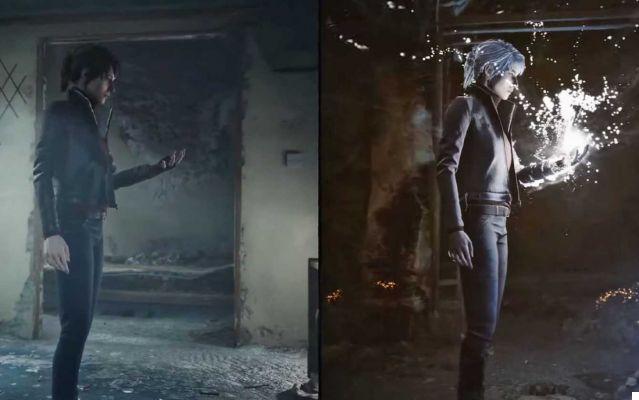 Good taste, but no miracles - The Medium review

Artistically, The Medium has nothing to envy to huge triple A titles, without making us scream at a miracle. From the very first minutes of the game, it is clear that the guys from Bloober Team are fans of Zdzisław Beksiński, the Polish surrealist artist. Limbo is clearly inspired by his paintings, leading the player to constantly immerse himself in the sad and distressing world represented by the painter.

In addition, the warm sepia hues of limbo, as opposed to the cold hues typical of the aseptic Polish socialist architecture, create an excellent contrast. Contrast that, despite clearly demarcating the boundary between the two worlds, is fair and homogeneous. To frame it all, a beautiful soundtrack composed by the famous Akira Yamaoka, historical composer of the Silent Hill series.

Although the artistic direction is very respectable, as well as well accompanied by a good technical sector, the woody camera management puts annoying stakes where they shouldn't be. Often getting a good overview of our surroundings is difficult, and solving puzzles becomes more boring than it would otherwise be. 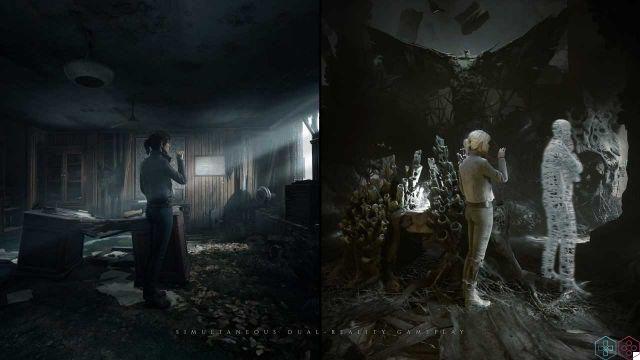 Despite being artistically noteworthy and technically good, The Medium it is not gold. After several hours of play, the dynamic of the double setting, in fact, shows itself to be a double-edged sword. If on the one hand we are faced with a fresh and well-developed idea, on the other we are faced with obvious limits of gameplay related to the management of the two worlds. Limits that, at the end of the 10 hours of play (approximately), reduce The Medium to a succession of puzzles in the name of exploration of the game world, with a few bland and inconsistent stealth interludes. If on paper the idea was appreciable, in the end the execution proves itself flat and uninspiring.

Situation worsened by a management of the puzzles that are far too simple. The puzzles, for the duration of the game, are so elementary and poorly reasoned that they hardly challenge the logic skills of the player. The stealth sections involving "La Fauce" do not improve the situation: not being able to fight the enemy, our only option will be to move in silence to avoid him from capturing us. Here, too, the degree of challenge is really low, and in the end the game is reduced in its entirety to a trivial "explore, puzzle, cutscene". 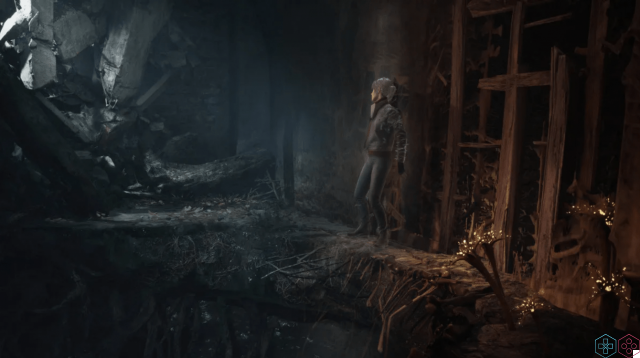 Summing up, net of what has been analyzed in this review, we can define The Medium a bit like the shadow of himself. Certainly the development of the game has been compromised by the technical limitations and the change of course exclusively Microsoft, but this cannot (and should not) compromise the final result of a game with such good premises. Wanting to analyze the dynamics of the double setting in a different light, we realize how much this idea, apparently brilliant and innovative, has put a "spanner in the works" for a team so committed to the management of the two worlds, that forget almost completely of the gameplay.

The result is an artistically remarkable game, technically stable and enjoyable, but which in 10 hours of play is flat, inconsistent and slightly banal. The fact that The Medium is available on the Game Passfinally, it is almost a justification for a product that had promised so much but did not keep much. The Medium is available from 28 January 2021 to Xbox Serie X ed S is Microsoft Windows, included in the Game Pass catalog.

As always, before closing the line, we greet you and invite you to stay connected on techigames for more news, guides, reviews and much more from the world of video games. Hello!

add a comment of The Medium Review: It all starts with a dead girl