Guacamelee Review! 2, return to the Mexiverso

DrinkBox Studios returns to delight players with the highly anticipated sequel to one of the indie revelations of 2013: Guacamelee 2 increases the dose based on chickens, luchador and perfect metroidvania mechanics

Before devoting himself to a product that is still original but completely different like Severed, DrinkBox Studios published Guacamelee, the official ancestor of Guacamelee 2. It was 2013, the title arrived very discreetly on PlayStation 3, Xbox 360 and PC, metroidvania had not yet returned to the limelight as in the years immediately following, which gave us real pearls such as Hollow Night, just to mention one of the most recent. But the first Guacamelee immediately turns out to be a success with the public and critics: the newspapers exalt it, the lovers of the genre are already in raptures, the most reluctant who discover it by chance end up kidnapped not only by fascinating contexts and themes, not only from the charisma to sell, but from almost ten and praise game mechanics.

A few more years pass, the new generation consoles arrive, and DrinkBox Studios decides to brush up on ideas then for one reason or another not used in the original title. The software house publishes on PC, PlayStation 4 and Xbox One the Guacamelee: Super Turbo Championship Edition, which compared to the original includes a few more playable characters, new bosses, and game worlds never seen before (not even a few, to be honest). And speaking of honesty: Drinkbox Studios gives the possibility, to those who have a digital copy of the title, to buy the Turbo Championship Edition for only 5 euros, a sort of loyalty bonus. And here we are finally at 2018 August , when a real sequel arrives, and fans are rightly ready to put their hand to their wallet. Has the wait been rewarded? What's boiling back in the pot? We tell you about it.

Back to Mexiverso - Guacamelee 2 Review

As always, when it comes to a video game that has the number "2" next to its name, we assume that you have at least heard of the first, even better that you have played it. Never as in this case, among other things, is it worth enjoying the entire epic of the gods fighter one title next to the other, with patience and without any rush to run towards the finish line. And even dear old Juan is not in a hurry, already protagonist of the first Guacamelee and new improvised hero also of Guacamelee 2. We had left him grappling with the evil muero Carlos Calaca, in a desperate attempt to save the fantasy-Mexico that was the backdrop to his adventures, and here he is again, forward in the years, a little fatter, but brave as always.

Duty calls Juan to action once again, also in Guacamelee 2: our hero enjoys a well-deserved rest in the company of his wife and son, but a new enemy far more dangerous than Calaca threatens not only the Mexico, but the whole world, because he managed to get his hands on the Sacred Guacamole. Humor, irony and curtains were also a constant in the first title, along with many videogame quotes, and they return to the great also in the awaited sequel: this time, however, a bit of that healthy phatos of the narration of Juan's events is lost, which in the first chapter he had to save his beloved from the arms of Mexican death. Perhaps this is the sentimentality that Guacamelee 2 really lacks, the only drawback in an otherwise almost perfect production, not only up to par but perhaps also capable of surpassing the first chapter. 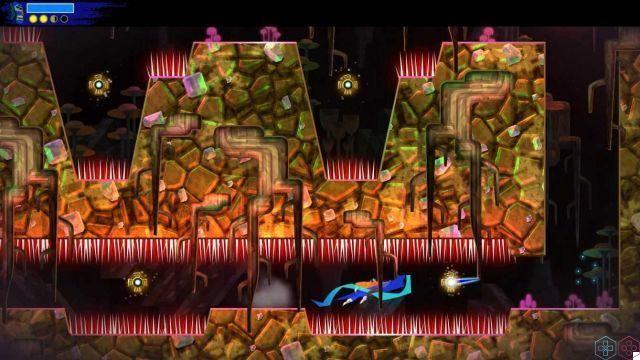 Team that wins does not change e Guacamelee 2 starts not only from the plot, but also from the ideas of the predecessor: once again a Metroidvania, once again hybridized with platform mechanics that are never intrusive but able to enrich the hybrid with the right degree of challenge, then suddenly raising it definitely upwards at least on a couple of occasions. In the role of Juan (or one of the other unlikely protagonists) the player faces one after the other a series of strictly two-dimensional levels, developed in length or height according to the occasion; initially inaccessible areas will become inaccessible at a later time, after unlocking the appropriate upgrade / power of Juan, including of course the transformation into a chicken. Alongside all the powers already seen in the first Guacamelee, the developers have also added some new ideas, not only to be used in combat but also in the progression of the levels: for example, a sort of suspended hook to be used to move between a platform and the other towards the finish line.

If the level degisn it remains at very high levels, with ideas and ideas of excellent workmanship, it is also true that the surprise factor of the predecessor is not necessarily repeatable: Guacamelee is no longer a novelty and to surprise it needs to look for new ideas everywhere; this direction led the developers to take up the idea of ​​the multiplayer, already present in the past but now enhanced up to four local participants in the same match. It goes without saying that the charisma and the desire to beat enemies as if there was no tomorrow, basic ingredients of the success of the title, also lend themselves perfectly to team games (obviously balanced with the increase in the resistance of artificial intelligence), but it must be said that in terms of general enjoyment the production suffers a little. Going in a hurry in the company there is the risk of losing perhaps the most precious offer of Guacamelee 2: the details of the various levels, the quotes, the animations of the enemies on the screen, not to mention the increase in the level of confusion within the levels, where four players often no longer understand anything of what is happening. 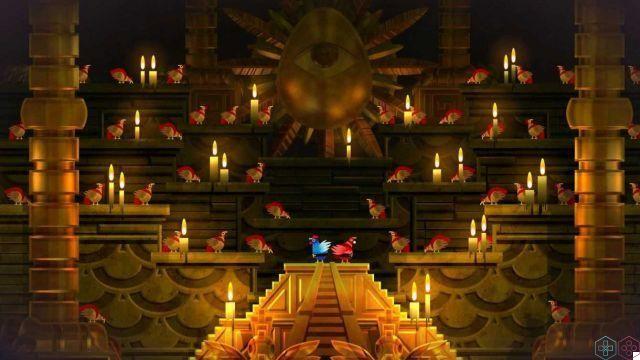 Guacamelee 2 is the perfect sequel to an already excellent first chapter: unfortunately the surprise that welcomed the arrival of its ancestor is missing, and some new ideas are not the best. The multiplayer for four players will certainly be appreciated by the youngest, and for veterans one more chance never hurts, but the title gives the best of itself enjoyed alone, with a good dose of patience to discover all the secrets scattered in the excellent new levels of play. The main adventure is completed in a handful of hours, in line with what has already been seen with other productions of the same genre, but in the company of Mexican humor and Juan they will certainly be… very intense!

add a comment of Guacamelee Review! 2, return to the Mexiverso