Dark and Light review: here is the survival fantasy

Crafting, magic, unique creatures and more await you in Dark and Light. Let's see the features of the game together in this review

Dark and Light is a sandbox-style survival RPG currently in Early Access. The work was born from the ashes of a previous 2006 project developed by NPCube: it was a quickly failed MMORPG. The game passed into the hands of Snail, made famous for creating some spin-offs of Ark: Survival Evolved.

Dark and Light will take you to a fantasy world dominated by the force of the elements that fuel the battle between light and dark. You will find yourself interacting with a game world full of useful loot for craft whatever you need and keep surviving.

As soon as you start a session you will be required to choose one of the three races with which to face your adventure. You can choose between humans, elves and dwarves and each of them will have different abilities and stats. Depending on who you choose, you will start the game in a different location on the map. Your main objective in Dark and Light will be to explore the map in search of the various materials you will need for the crafting, a fundamental part of this game. In fact, every object can be built with the right materials and with the necessary skills. A peculiarity of the title is the possibility of producing the spells that function as consumables.

Crafting and collecting materials will be your best allies for survival as your character will be constantly subject to various status effects like cold, hunger and pain. At your side, however, to support you during the exploration, you can deploy the beasts that you will be able to tame and that will become useful allies for traveling and for fighting.


You can also build over time your home where you will be able to raise animals, cultivate and manage your possessions. This feature makes the survival experience very realistic and adds a management tone to the whole. Should your character die, you will have the option to start from scratch with a new character or reborn in a safe area close but losing the objects you will have with you.

The game can also be played in two different modes: offline and online. In offline mode you can model a personal game room by setting different modifiers that will make the game more or less difficult while in online mode you will enter the game's official servers together with other players.

Dark and Light: domare per dominare

As already mentioned, in Dark and Light it will be possible to tame the creatures present in the game. You will obviously have to level up in the specific skill but if you are patient you will have the opportunity to create a truly unique park of personal creatures. In fact, one of the truly amazing features of the game is the great variety of beings that populate the game world. During your adventure you can meet the classic creatures of fantasy stories such as goblins, orcs, wyverns and dragons but also many beasts and unique beings like the gods of death. Being able to tame certain creatures will give you access to certain missions that are otherwise inaccessible. A flying mount will allow you, for example, to access the floating islands suspended in the sky.

To help you in the search for all beings in the game or to know the various characteristics of each of them you will have available a bestiary that will be updated gradually that you will explore the game.

Many missions for a single purpose: the collection

The entire game system of Dark and Light, as already mentioned, it is based on gathering and crafting. From the first moments, all this will be evident as a substantial percentage of the missions will be based on these mechanics. Your skills will also level up using the same system, allowing you to obtain unique and unique benefits specialize in different roles. In fact, you may be able to become expert adventurers, powerful spellcasters or skilled builders.

The only problem with this mechanic is perhaps the excessive repetitiveness that tends to make the game slightly monotonous. Of course, in a game of this genre it is quite normal, even if in this case a greater variety in the missions would have made the work a little more accessible to the less accustomed to this genre. 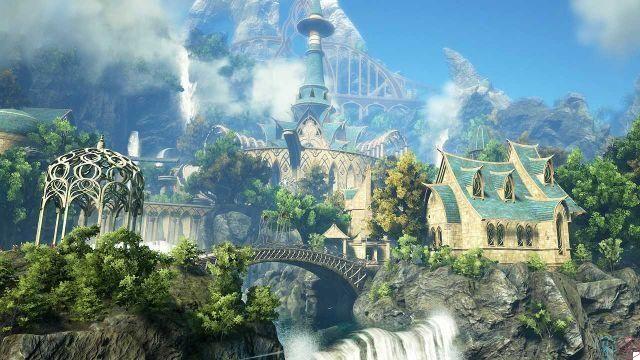 Dark and Light: graphics and sound

As for the graphics of the title, the Unreal Engine 4 graphics engine that manages well the graphics of the elements and the final rendering of the game. You can further refine textures and polygons, but certainly right now you will be fascinated by the settings created by developers. In particular, the cities of elves and dwarves are truly unique and well-crafted locations.

Very good also in terms of the management of the lights that will make you truly feel the difference between the brilliant luminescence of the day and the gloomy and dark shadows of the night. In addition, the various creatures are very well made, especially the dragons and the gods of death, in this respect magnificent. Unfortunately i large creature models are slightly static and they tend to clip with their surroundings. Also tested in online servers, the game engine reacts well and even in situations of high stress, apart from some occasional small drops in frames, it is fluid.

The compartment audio on the other hand is a bit flat both as regards the single sounds and the music of the game, even if on the whole there are no particular problems. Personally I would have preferred a better general cure of this aspect especially for the sounds of the house building and fighting events that after hearing them several times seem a bit too generic.

Dark and Light: A game with a lot of potential but also several problems

Remembering that we are talking about a game still in Early Access, it must be stated that the title is not without problems.

First of all is server management. Dark and Light has a multitude of servers, more or less populated by players, but as I could find it is not always possible to load the games quickly and it may happen that you have to wait a long time before you can play. The problem is likely to be easily solved, only it's annoying enough that a game that relies some of its experience on online can't handle servers well.

Another aspect that certainly needs to be corrected and improved is the intelligence of the NPCs. These, although they perform their duty as vendors of items or quests, are too empty and without a particular characterization like bots. Some kind of further interaction would surely make them more valuable. Lastly, several bugs in the management of their homes have prompted many users to take advantage of cheats and gain a lot of experience. In pvp servers, for this, there are a lot of cheaters that tend to defeat newbies. A fix of these bugs would therefore lead to a cleaning of the community on the servers. 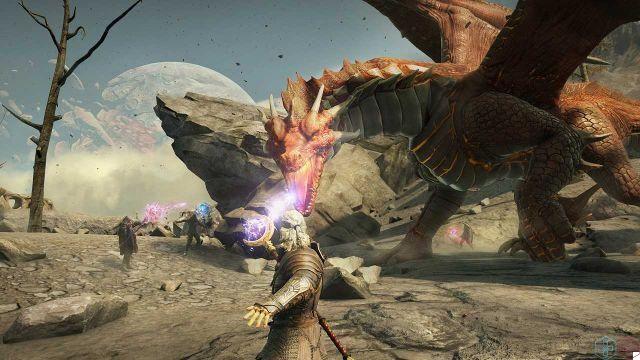 Dark and Light: wait or take it now?

So, taking stock of the situation, Dark and Light is undoubtedly a very large and very complex game that shows all the commitment of the developers. The title it has all the potential to become an impressive and successful game, but before they get to the end the developers will have to commit to solving existing problems currently. The game is still in Early Access so there is time and room for improvement.

However, even now, Dark and Light is an excellent investment and really recommended for all those who loved Ark, since it can be considered as the magical version of the latter, and for all sandbox veterans. I remind you that the game is available on Steam for € 27,99 per Microsoft Windows. We at techigames will continue to update you on the game situation and bring you new reviews so keep following us.

7.5 A lot of potential but with a lot of work to do

Dark Souls III review: the best of the series? ❯

add a comment of Dark and Light review: here is the survival fantasy