Space Pirates and Zombies 2 review - a sandbox among the stars

Traveling into space involves a well-equipped ship and strategy. Let's discover Space Pirates and Zombies 2, a sandbox among the stars

Hogrocket's Pete Collier does the encore with the new chapter of the video game that allows you to travel in space by looting bases, attacking other spacecraft and fighting battles with missiles, shields and laser beams. Although to most this game appears to be unknown or not very appealing (just think of the graphics that are all in all minimal and relegated only to making the gameplay a little clearer), Space Pirates and Zombies 2 is capable of giving the satisfactions that only a management / strategic / shooter / sandbox can give. Especially of the latter genre, the title seems to boast, with long exploration sessions in a large enough space and able to increase the challenge for the player, from session to session.

But let's start with a simple question: How does a space sandbox work? By ManMax Games, this title is produced which incorporates the best (and worst) aspects of its previous chapter, developing a slightly more captivating gameplay. A sandbox is a genre used and abused in recent years by the videogame market. There are thousands of examples, of all kinds and of all kinds. Space Pirates and Zombies 2 seems to remember, without even too much effort, Mount & Blade. The latter is a title in which the gamer plays the role of a soldier of fortune who, little by little, hires a handful of men who get bigger and bigger until he can face an entire army and claim a throne. During the game it will be possible to buy new equipment and sell the looted products. Well, Space Pirates and Zombies 2 takes up the philosophy and in part also a good part of the gameplay. 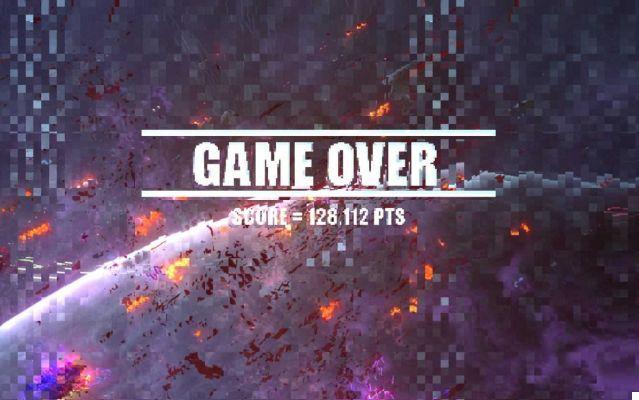 One of the first game screens we will have to deal with. What jokers these programmers are.

The game will welcome us with a clear tutorial to immediately practice the main mechanics of the game. Then, all the remaining subtleties will be submitted to us during the game. We will have a ship at our disposal, with a series of modules that we can improve, modify and replace during the game based on what we will be able to loot and buy from the various other sites we come across. Clearly, the equation is soon done: more equipment will allow us to face better fleets and get more equipment in turn, continuing the circle until the end of the game. Because this is what it is and this is what could scare the most: a title in which improvement leads to ever greater clashes. 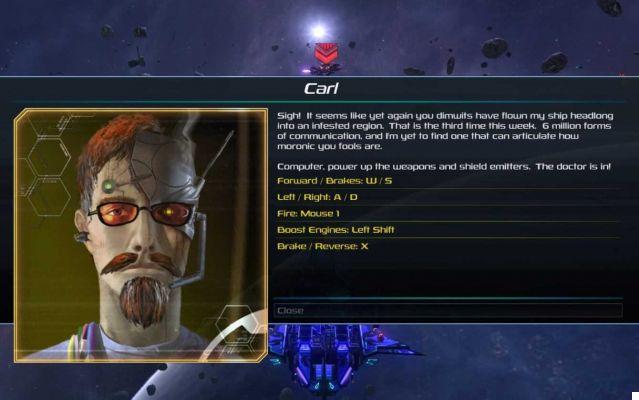 The nice guys who will explain the game mechanics to us.

Basically the gameplay is divided into two separate modes: that of the space map, in which we will be able to guide our spacecraft from one site to another to carry out robberies, looting or to complete missions. Perhaps this last aspect could be a sore point for the game. There is no main quest that is charismatic or that in any case can lead the player to follow it from the beginning. Indeed, the same turns out to be complicated initially, especially for the myriad of possibilities that are proposed to us from the first moment of the game. 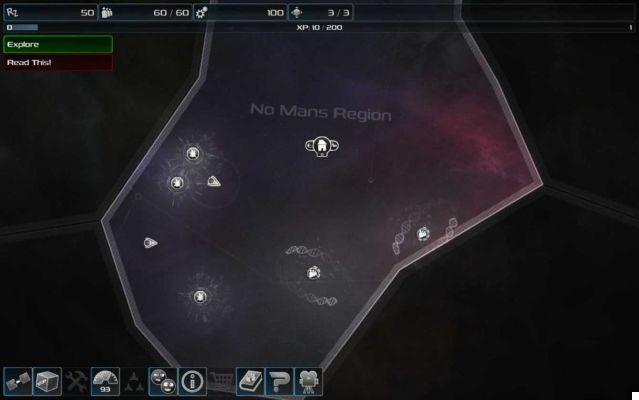 Did I tell you that the map is minimal to the nth degree?

The map offers a "summary" screen of everything we will need to plan our travels. We will then find ourselves several times entering areas where the opponents may be too strong for our small and improvised ship, so we will prefer to flee like the worst cowards and then return once the equipment has been improved, such as laser cannons and enhanced shield. 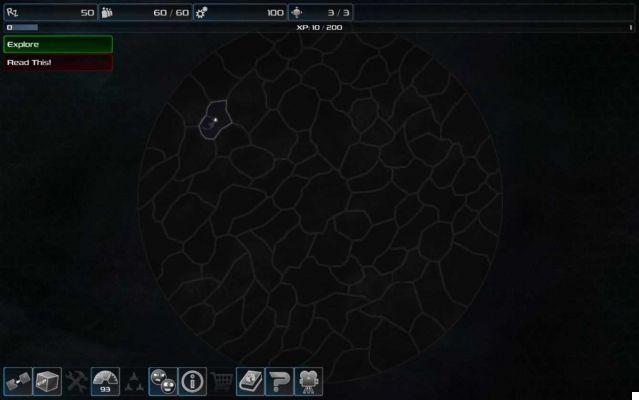 This is the very small portion I am in. 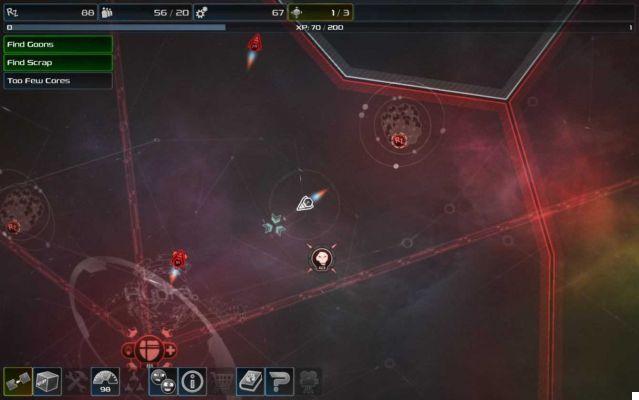 At a certain point the game map becomes colorful and, all in all, captivating

The other section of the game, on the other hand, is much more like a shooter. When we enter on a collision course with another hostile spacecraft or we find ourselves facing the defenses of a space site that we want to raid, the game mode will shift the view in third person, with the classic WASD commands to move our ship, to fight against enemies and carry out evasive maneuvers to avoid bullets. 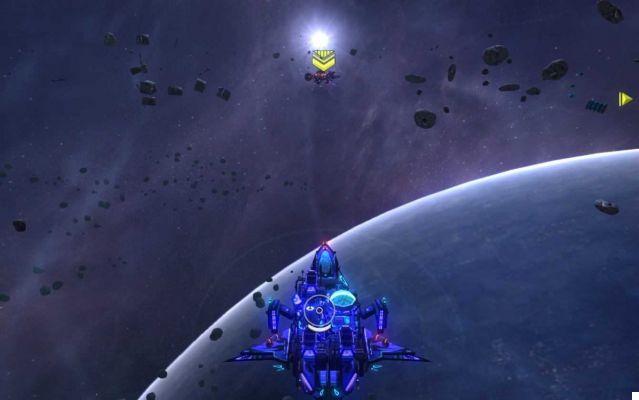 Well, the graphics are not the strong point of this game.

We can then destroy our opponents or, if we decide that the fight is actually too difficult for us, leave the area and escape (if there is availability). We will have the possibility to improve our spaceship with couplings and modules, which we could obtain during the match. 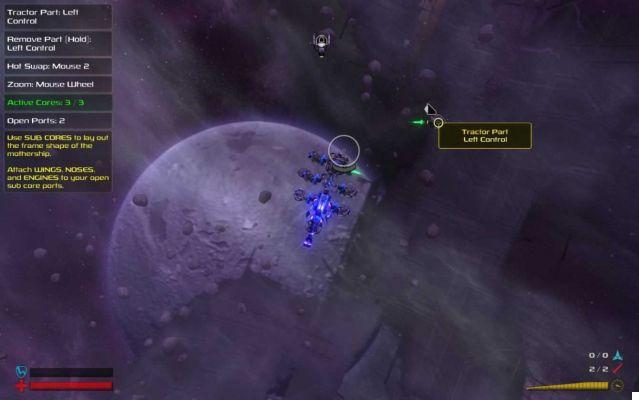 While it's not entirely clear, I'm adding fire modules here. 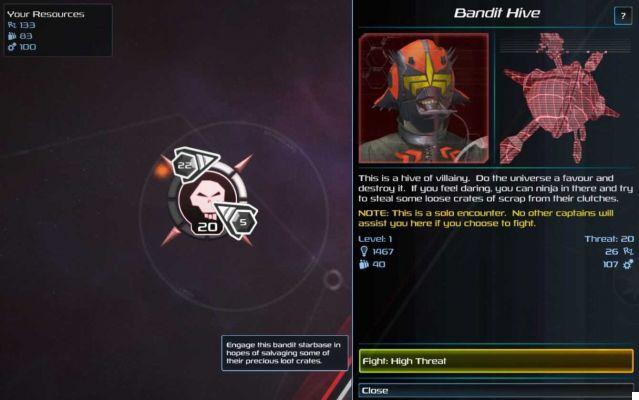 Space Pirates and Zombies 2, the verdict

We come, therefore, to the conclusions and the evaluation of this "indie" title that makes the sandbox its strong point, like it or not. Let's face it, it is a game that should not be bought and played for the graphic and sound sector, nor for the script and plot, nor for the twists of the latter. It is not suitable for players who do not want to go beyond these "shortcomings", or for those who prefer to deal with an immediate game. For everyone else, this title could be inspiring and could offer several hours of entertainment and satisfaction.

Different, yes, but not many.

6 We could have dared more