From the creators of Layers of Fear and Amnesia. Frictional Games develops Soma, a psychological horror previously released for PC and PlayStation 4 but which has also been on the market for Xbox One for a few days

The plot of Sum is set in the submarine station Pathos-II, a research center where probe launches into space were carried out, thus saving expensive missiles. The main character is Simon Jarrett, a Toronto citizen who is seriously brain injured in a car accident. After several years from this, in 2015, Jarrett continues his treatment relying on a specialist, Dr. Munshi who invites him to a session. Munshi uses an entirely new machine to get a clear picture of Jarrett's brain. Suddenly, Jarrett sitting in the chair connected to the car is teleported to the undersea station.

There is also a time jump, Jarrett is brought to 2104. Soon Simon will realize that the station is now at the mercy of itself and that an artificial intelligence called WAU has control over all the stations of Pathos-II, over machines but also human beings. Stopping here with the plot to avoid excessive spoilers, Soma's story is psychological horror, in which the mind and human reason will be the pivotal theme of the adventure. We are faced with the science fiction setting with minimal elements of transhumanism, which works and gives the players a good dose of fear but also reflection. 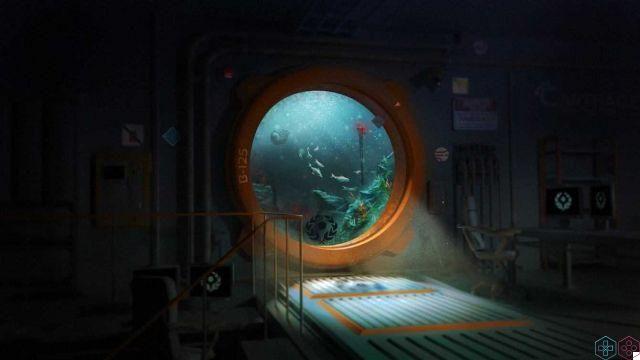 The gameplay mechanics of the game are essential. In fact, it will not be possible to fight the various threats that arise during the adventure, but only to circumvent them and escape. There are many hostile machines and monsters that will try to stop us, the possible we can do is to sneak around and not be discovered. So the protagonist will not be armed with weapons, but only with the Omnitool. The latter is a “remote control” in the shape of a transmitter, with which it is possible to open the doors, interact with the control panels or connect it to means of transport to move from one station to another. L'Omnitool it will also be able to incorporate a chip belonging to a robot via a slot.

The scenarios at the beginning are rather linear, but as the adventure progresses they will be more articulated and broad, giving space even to a minimum of exploration. We specify that the story is almost on tracks and it will not be possible to divert to other areas. As for the enemies, they seemed not very reactive even at advanced difficulty and easily circumvented. We also noticed some bugs related to the latter. Soma's strength lies in the narrative that is satisfying and engaging, even with a discreet longevity, around 8 hours. The style adopted by Frictional Games it's the same done with Amnesia, lots of storytelling, pure horror and simple gameplay that nevertheless knows how to give its satisfactions. 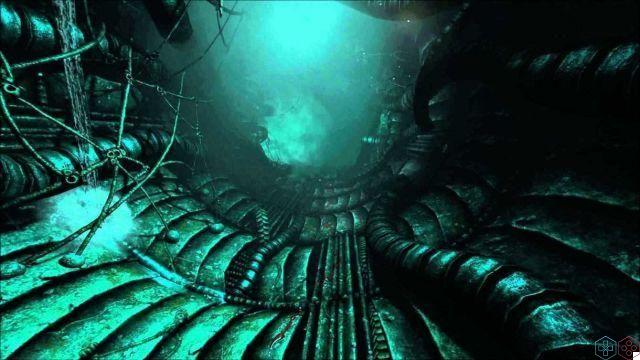 An underwater station, mutated humans, and a crazed AI. Anything we've seen before?

The technical side of Soma is pretty well taken care of. The game runs at 1080p and 30 frames per second up Xbox One beautifully. The adventure is enjoyable, except in some hectic point where the frames drop bitterly. The textures are well done. The polygonal models of the seabed seemed to us to be careless. The interior models are excellent. The same can be said for the lights and shadows, well positioned within the scenarios. The Xbox One version was made the same as the PS4 and PC ones, perhaps the latter has a higher quality. The game runs on HPL Engine 3, Frictional Games' proprietary engine.

Sonic Forces review: the return of the blue porcupine ❯

add a comment of SOMA review: tried porting to Xbox One