Sonic Forces review: the return of the blue porcupine

Last year, on the occasion of the 25th anniversary party of the most famous blue hedgehog in the world, SEGA announced that Sonic would be back with two different appearances always faithful to the past. Sonic Mania and Sonic Forces were announced. Let's find out together the latest effort by Team Sonic in this review

A few days after the debut of Sonic Forces: Speed Battle, for mobile devices, the most famous blue hedgehog in the world of video games does not stop. Here he is the protagonist of Sonic Forces, Available for PC, PS4, Xbox One e Nintendo Switch, at the price of 39.99 euro. 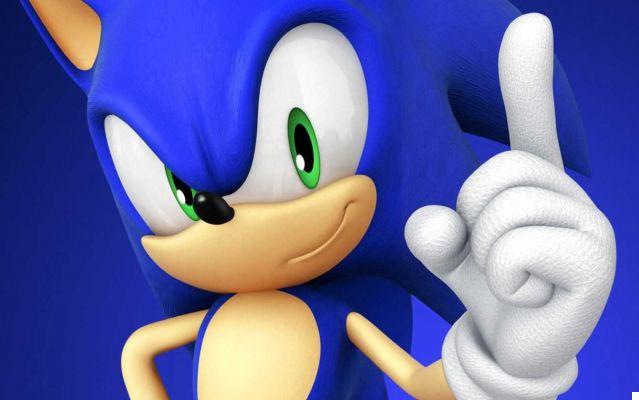 The main story begins with a very simple mission and sees you as the protagonist Sonic. During the early stages, gamers will begin to familiarize themselves with the game controls. Ranging from the simple press of a button, to some more elaborate combinations. Once you are familiar with the controls, the real story begins. We find our famous porcupine, engaged in the fight against his arch rival: the Dr. Eggman. We will find ourselves in the middle of a city reduced in serious condition and we will have to defend its inhabitants from the armies of robots created by our archenemy. Eggman has managed to conquer the world and is planning something even more disastrous. As we are about to attack Eggman, a team of long-time enemies comes to his rescue. We find Chaos, Metal Sonic, Shadow e Zavok. Not only that, now there will be a new and powerful enemy: Infinte, created by Eggman with the sole purpose of destroying our hero.


Sonic, in fact, is defeated and captured to be taken into exile on the moon. From here on, our rescue mission will begin. A bar will show us that 100% of the world has been conquered by evil. It will be our task to be able to change it in our favor as we pass the levels and challenges that will be assigned to us. 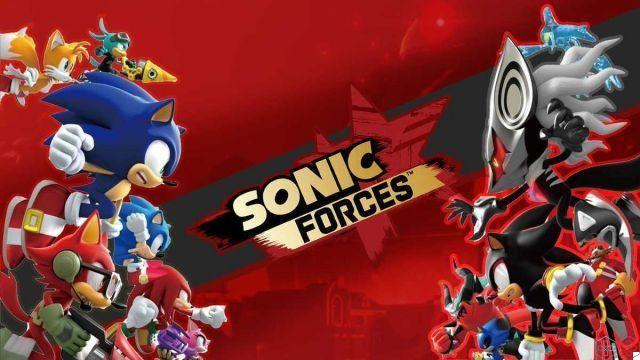 In addition to Sonic, we will also find his old friends: Tails, Knuckles, in the absence of Sonic he will be the leader of the group, Red wine, Silver e Vector. Together with them we will also find ours avatar, Called Spina.

The most important choice in avatar creation is the Razz. Each of them can give skills to our character. Thorn can be: Wolf, Cat, Dog, Bear, Porcupine, Rabbit, Hedgehog and Mouse.

You can dress him as you wish, also changing the color of his skin, among the various available. There will be various gadgets, glasses, bandanas, caps, jackets, boots, sweaters and much more. It won't have the speed of Sonic, but it can use the Wispon: an interesting weapon and also modifiable. The weapon works thanks to the power of the Wisp. Plug can also use a grapple to fly from one side of the stages to the other without falling into the void. 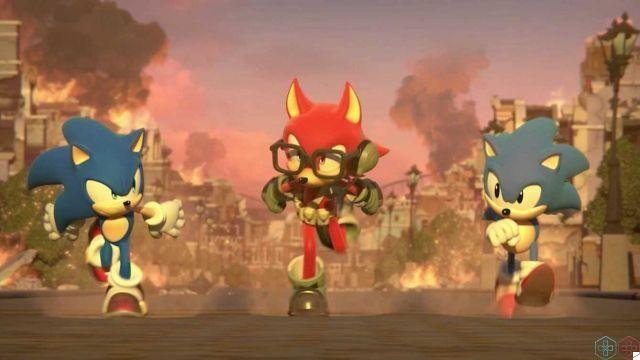 The gameplay respects the past, offering largely the same ingredients that have distinguished the series. In fact, even in this chapter we will be able to experience the adventure in an alternation from 3D al 2D. A mix between action e platform. The game is very simple and you will have to go as fast as possible along various stages where you will have to collect the rings (both traditional and red), kill enemies and face the final bosses.

We also find causal missions, which are activated by responding to various SOS that will come from the internships already completed. By addressing these levels characterized by SOS, both Sonic and Spina will be used.

In terms of longevity, the game can be completed in about twenty hours. In addition to the 30 main stages, more or less long, some secret level, SOS, and of 13 stage di Episode Shadow, DLC downloadable for free. Sonic Forces is a title that must be replayed several times to unlock the various daily rewards, trophies and achievements.


The settings are beautiful, full of colors and light effects. The attention to the smallest details was not lacking on the part of Sega. The characters that can be used in all are 3: Spina, Sonic e Sonic of the other dimension.

Sonic Forces: Music is a plus

The title features many truly engaging background songs. Lots of different songs, both instrumental and sung. Also noteworthy is the complete dubbing in Spanish of all the characters. 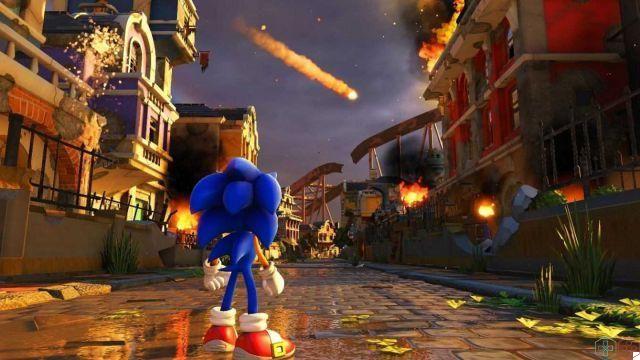 Sonic Forces is a very nice game. Very well taken care of in the technical, graphic and sound part. Pleasant to see and play. Once completed, it is obviously replayable, to get everything there is to unlock. If you want a title without too many pretensions, well done and not too demanding, Sonic is for you. Of course we are far from triple A games, some flaws have it. It does not stand out either for its difficulty, in fact it is very simple, nor for its longevity, in about twenty hours it ends easily, or even just for its history. A game suitable for everyone, both for fans of the series and for those who want to play it for the first time.

Recall that Sonic is available for PlayStation 4, Xbox One, Nintendo Switch and PC.

7 Happy return to the scene

add a comment of Sonic Forces review: the return of the blue porcupine