Sniper Ghost Warrior 3 could have been a video game that could compete with the great titles of the genre. The supremacy of Sniper Elite 4 could finally be questioned. Instead we find ourselves in front of a video game with a "banalotta" plot and a technical sector that trudges under the limits of the consoles and does not excel in what is the current standard of PC games

Sniper Ghost Warrior 3 is one of the few video games where you can breathe the essence of the "sniper". Too bad that the history and the technical sector are mediocre

When buying an FPS (First Person Shooter) you generally don't expect an in-depth storyline. Generally, those who buy this genre of video games do so out of the desire to shoot a few shots and try their hand at multiplayer. But when the latter is absent, change everything.

The story (if it can be defined as such) of Sniper Ghost Warrior 3 it can be guessed right from the start of the game. And, if like me you have a long career as a gamer, the malice will lead you to steal the plot in its entirety after a couple of hours of play. No twist, no emphasized part. Just the classic story of a secret super agency that aims to create genetically engineered soldiers.

The core of the story-telling is the relationship between Jon North and his brother Rob. The two brothers, both soldiers and both skilled snipers will be the two sides of the same coin. Confronted in this plot that it could be told in a few lines.

To make a comparison and make you understand how deep and complex the history of this video game is (without the desire to spoil that little bit of surprise) I can safely say that the plot of films of the caliber of "The Mercenaries" is far more complex and articulated. Draw your own conclusions. 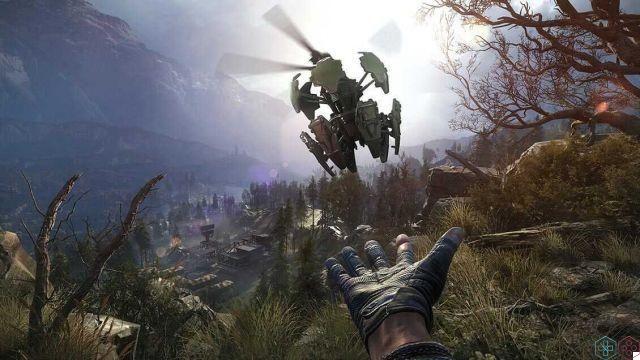 This latest installment of the Sniper Ghost saga does not add innovative mechanics. By making his techniques already seen in other video games, he takes the level of gameplay to a higher level. The ability to use the drone to mark enemies, the unlockable skill tree based on your mission behavior and a great feed with weapons are all things we've already seen, but they also work well in this First Person Shooter (FPS) .

As previously mentioned, on a mission we could use a drone able to mark enemies and make us find any hostages or targets. Our drone will also be customizable like almost all of our paraphernalia. In fact, we would have the possibility to add gadgets such as night vision, a call to distract enemies and other really interesting things. Like our robotic companion, our weapons will also be modifiable in many of their parts (although not enough). We could equip our sniper rifles with improved optics, tripods, silencers and larger magazines. Everything is very well thought out, although I would have liked to see the possibility of being able to modify the butt of the weapon in order to have more stability or the barrel of the gun to have more range or more firepower.

Instead of making me change the color of the weapon, give me the opportunity to make it more performing ... 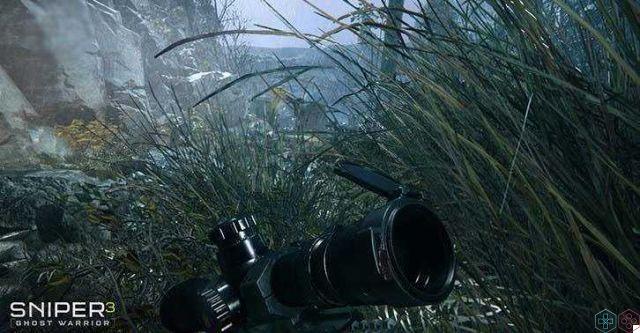 As expected, weapons are fundamental and give us the opportunity to diversify the approach to missions

Thanks to the secondary weapons from the side and our trusty knife we ​​would have the possibility to approach the missions in various ways. There will be the possibility to interrogate the enemy soldiers to know the position of their fellow soldiers or where the briefcases containing their resources are located. By resources we mean trading commodities (the game's currency) and parts to build homemade projectiles. Indeed in our shelters we would have the opportunity to access the "workbench" useful for modifying weapons and creating bullets. The bullets will be multiple and with different functions. For example, there will be those tracers capable of making us follow a target without the latter having the slightest inkling of it or even those armored, capable of piercing any bulletproof vest, without forgetting the explosive ones and, of course, the classic bullets.

In the refuge there will also be the possibility to rest to advance time. It's just a pity that it's useless since the mission schedule is almost scripted every time. Also always from the shelter we could start the main and secondary missions. Be careful because this is not a negligible figure as no matter where you will be or how many kilometers away you are from your shelter, you will have to go back every single time to start a mission. It is also true that there is the function of fast travel but I strongly advise against sailing. Unless you want to put up with more than four and a half minutes of loading (timed on PlayStation 4 Pro). 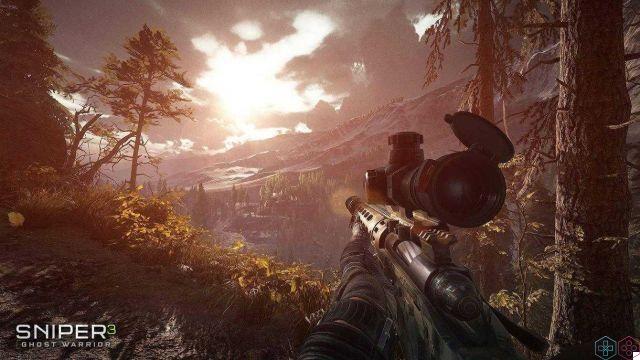 Let's start by specifying that the review you are reading was extrapolated from a game session developed on PlayStation 4 Pro.

At the beginning of my campaign, the first thing that stood out to me was the writing Cry-Engine (the name of the graphics engine used). Right from the start, my reaction was doubtful as as an employee of the sector I know this graphics engine very well and I know that using it is not an easy affair. Fans of you will remember the various Crysis, video games that at launch (and for many years to follow) put even the best gaming PCs to the test. As a result, seeing that wording on a console instilled some uncertainty in me. It then turned out to be more of a certainty than a doubt.

Let's start by talking about infinite uploads. Uploads that make games like Bloodborne look snappy and responsive (in uploads).

Obviously, a long loading, however annoying, cannot by itself affect the technical quality of a title. The problems continue with the modeling of the faces of the characters (even the main ones) who boast faces as expressionless as a little plastic Lego man. The same cannot be said of weapons which, on the contrary, boast an impressive level of detail. The physics of the shots, the recoil of the weapons, and the settings are really a pleasure for the eyes. Even if everything goes to fry when you get in the car. In fact, just pick up speed and the limits become more and more marked. The vegetation that makes up a large part of the map goes from a good glance to trees that appear out of nowhere, plants that disappear to appear later and lights that lose credibility as game time passes.

Basically the technical sector is largely divided into two sections. An excellent graphic rendering of the weapons, uniforms and details and a bad job on the faces, on the interiors of the houses and on the play of light during the raids in the car. Scorribande that we will be forced to do if we want to complete the myriad of sub-quests. Dull and boring side quests that you will soon leave aside.

A small note is a must. On my console (PS4 Pro) the game crashed 5 times during gameplay hours. Forcing me to restart the mission each time (perhaps almost completed). Problem that I haven't seen happen since the days of the PSX. 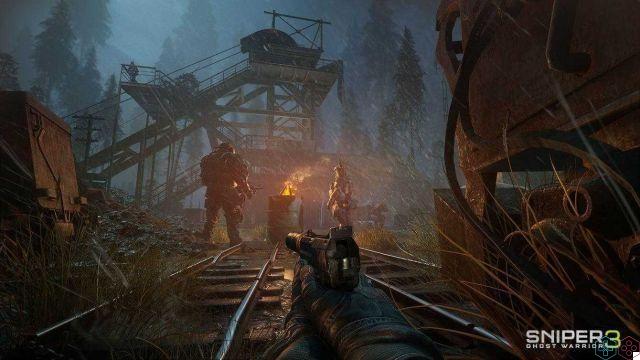 Summing up Sniper Ghost Warrior 3, I don't feel like promoting it. Rather, hoping for some patches that can fix the systemable, "I postpone it to September".

When we get the chance to take it back, thanks to its first and only DLC, I'll be able to tell you if things will improve. Until then I recommend you to buy Sniper Ghost Warrior 3 exclusively on PC where scaling, modders and a price more suited to the offer will certainly be a valid incentive.