Sinner: Sacrifice for Redemption comes late and without good justification - let's find out why in our review

Sinner: Sacrifice for Redemption is a kind of The Curious Case of Benjamin Button, revised in a videogame key. To begin, we anticipate that this will be the best compliment we are allowed to give. Secondly, it is advisable to take a step back and understand exactly what we are talking about.

Initially expected for May this year, Sinner will be available starting October 18 on PlayStation 4, Xbox One and Nintendo Switch: a version for PC will be released later. The game was developed by Dark Star Games, a small Chinese team, and distributed by Another Indie.

Sinner: Sacrifice for Redemption is a reduced souls-like, a set of bossfights with no downtime, but also without the beauty of the RPG and exploratory component: that is, not a souls-like. In this self-denial we find the (very few) strengths and (many) defects of this small indie. 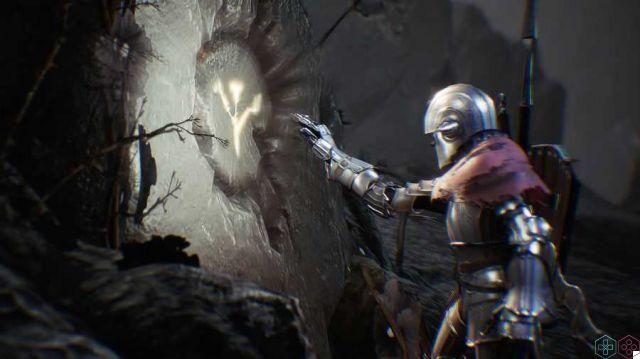 From the stars to the stables | Sinner: Sacrifice for Redemption Review

Sinner's fundamental idea is intriguing to say the least: the protagonist starts the game at full power and becomes weaker as he progresses. The work of Dark Star Games therefore overturns the canons of action RPGs and, moreover, completely focuses on the most difficult challenge of a game like Dark Souls: the bosses.

After a very quick tutorial that teaches us the usual souls-like moves - from light / heavy attacks, to parry and evasive roll, all limited by stamina - our knight finds himself in a small hub from which he can access the seven fights. These are all available from the very first moment and can be addressed in any order. After these, you enter the final boss. To activate a boss, however, a sacrifice is required (hence the title): the character will have to sacrifice a part of their abilities or equipment.

The warrior is initially provided with a set that is not particularly varied, but certainly deadly. He wears full armor, is equipped with two sets of weapons (shield and sword, fast and balanced between attack and defense, and a two-handed greatsword, slow and powerful), plus he has a good amount of healing available, a handful of javelins to perform attacks from a distance, some bombs (apparently useless, to be honest) and a fire upgrade for weapons. Activating a boss means seeing one or more of these elements limited: for example, an enemy will decrease our objects, while another will weaken our shield which will break if our guard is broken. 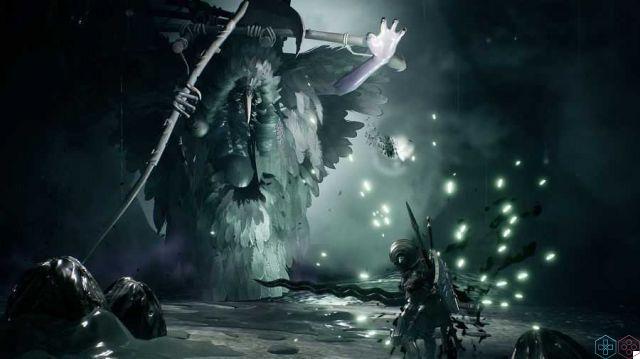 Once you have sacrificed a characteristic and defeated a boss, it is necessary to move on to the next ones with this malus still active, knowing full well that new ones will soon be added. Here then it becomes important to face the bosses in the best order. At the same time, however, it is possible to undo the victory against an enemy and regain lost abilities: the idea, in fact, is that the player struggles against a new boss and realizes that he absolutely needs a bonus already sacrificed. Dark Star Games then imagined that players would find themselves canceling their victories multiple times, constantly looking for the best "path" to the end.

On balance, however, this does not happen. The level of difficulty is not particularly high and, moreover, there is the possibility of knowing which malus we face for each boss. The player, certainly gifted with brains and organizational skills, finds himself in control of every fight and immediately understands which deficits are less serious. 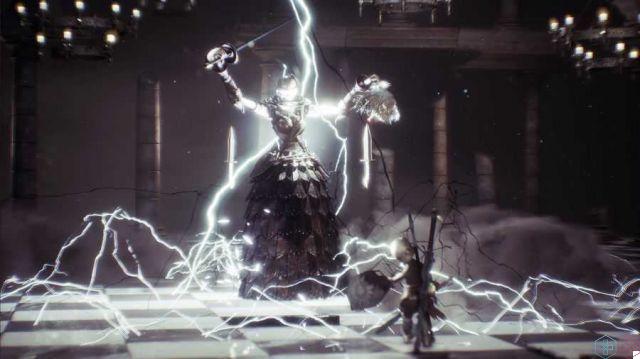 I think I have already seen it… | Sinner: Sacrifice for Redemption Review

Most of the fights are, moreover, simple enough to be overcome after a few tries. The greatest difficulties arise from man-made problems such as environmental attacks and traps (a boss, for example, opens chasms in the ground) difficult to see because they are out of the camera's view. To these are added the inevitable tracking and the grappling with animations at the limit of the invisible that therefore become inevitable (yes, final boss, I'm talking about you). In our test we found ourselves canceling only one fight (it had decreased the basic attack and made the remaining bossfights too slow) but otherwise we went from battle to battle with much more fluidity than we would have expected from a work of this type. The clashes are quite varied and I offer each one a personal touch: learning the attack patterns of many of them will be quick and easy.

Furthermore, every victory increases our life points: a choice aimed at balancing the game, but which leads to a lowering of the difficulty. Incidentally, Sinner: Sacrifice for Redemption is much more intriguing for those who have always been intrigued by the souls but have never endured the "waste of time" resulting from defeats. Each death is followed by a respawn in front of the boss or in the hub, depending on the player's choice: a few seconds and you are back in the crowd. 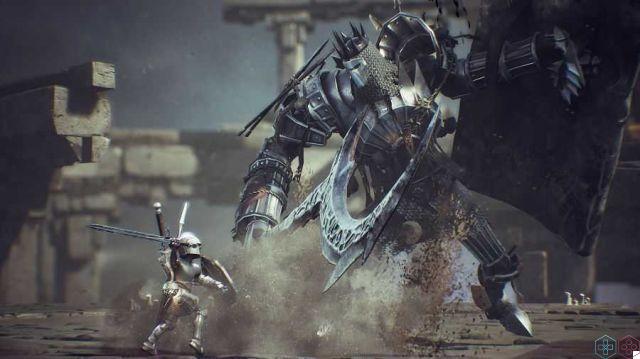 At the first activation of each bossfight we will see a movie composed of semi-static 2D drawings: Dark Star Games has tried to create a narrative glue but the result is not very intriguing and not very original. Lack of originality is precisely the key word of the whole artistic component of the work. Miyazaki's creations are the obvious source of inspiration for almost the entire game and it's impossible not to notice. Various bosses recall equal enemies and situations from Dark Souls, Bloodborne and Demon's Souls.

Graphically, our character and his opponents have a pleasant plastic toy style, although always dark, but on a technical level the limits are various: the polygonal size is low, the textures of the environments lacking in details, the depth of field too small. ; at least the frame-rate remains stable on average around 30 fps, with very rare drops (in the PlayStation 4 version). Even the arenas, visually, are trivial and generic. 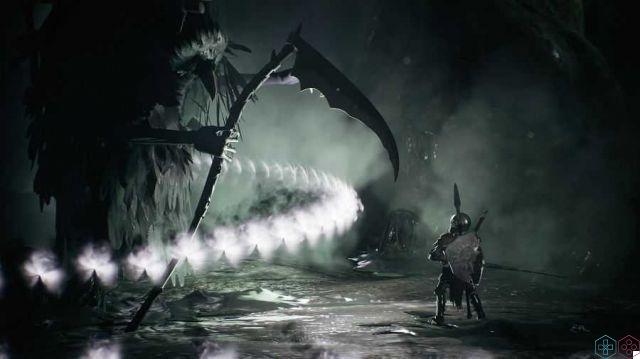 Who is Sinner: Sacrifice for Redemption for?

Sinner: Sacrifice for Redemption is a work with an intriguing concept but which struggles to find its own identity and does not know how to dare to the end. Controller in hand, the gameplay, while absolutely not original or profound, is not unpleasant in the same way as a washed-out tea: you swallow it without problems but hardly any taste remains in your mouth. Veterans Souls certainly won't have bread for their teeth: in less than four to five hours they will have overcome the final battle and, after that, there will be only the "Nightmare" mode, a boss rush in which you have to defeat all the bosses without dying and without pauses.

Sinner could be the right solution for that small niche of action lovers who don't have the time to play a true souls-like, everyone else can easily ignore it, barring a hefty discount in an empty period.

add a comment of Review Sinner: Sacrifice for Redemption, prepare to win again