With some flashes of originality, Disintegration multiplayer has particularly intrigued us, so let's analyze it in our review

This part of the title could be played as a normal good quality online FPS, however you would be depriving yourself of the unique experience this game has to offer. We could also say the same thing about its narrative part, however in multiplayer its RTS rib becomes even more fundamental in differentiating itself with other similar games, with all its strengths and weaknesses, which we will immediately analyze.

After following the story of Romer and his fellow outlaws in the Disintegration single player campaign, now let's move on to enjoy the multiplayer part in this review.

A careful look at multiplayer

V1 Interactive, developer of Disintegration, has given a considerable narrative weight to his universe, even in the absence of some insights. Our advice would be to make your experience more complete by trying before single player. Not only because a narrative background behind online matches is always welcome, but you would understand how useful and important its strategic components are. However the multiplayer of Disintegration it is not without problems since microtransactions in a premium game generally represent a big red light, we will talk about it in this review. 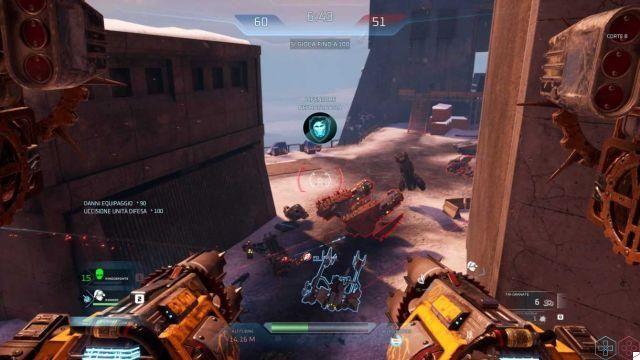 From the main menu we can immediately access the multiplayer section of Disintegration and by clicking on "matchmaking" we can choose the mode in which to play: Zone, Collection or Recovery Control. All three mode on the surface they are quite traditional, the first being on zone control, then team deathmatch and finally capture the flag. Despite everything there are important differences with tradition.


In Zone Control it is not the Gravicycles or the main character that influence the capture, but they do the units at our command that they must be positioned within the affected area. In this way we will often find ourselves acting as bodyguards for them, or using the skills of our units to preemptively defend possessions with mines, turrets or patrols.

Then there is Collection, which is nothing more than a team deathmatch where you accumulate points by collecting the neuroboxes abandoned upon the death of the Gravicycles and units. Nothing really innovative that little highlights the unique qualities of the game. The fact remains that it could be the right way for those who have not digested the strategic elements.

To close the circle we find Recovery which is a captures the flag, but with slight differences from the usual: matches are divided into two matches in which one team will play in defense and the other in attack. The attackers have the task of reaching one of the two points of interest and stealing a core of energy with their units on the ground. Done this the team will have to defend the "witness", which will deliver the nucleus to a designated area near the opponent's base. Unlike Collection, this is another mode that places a great deal of emphasis on managing ground units. 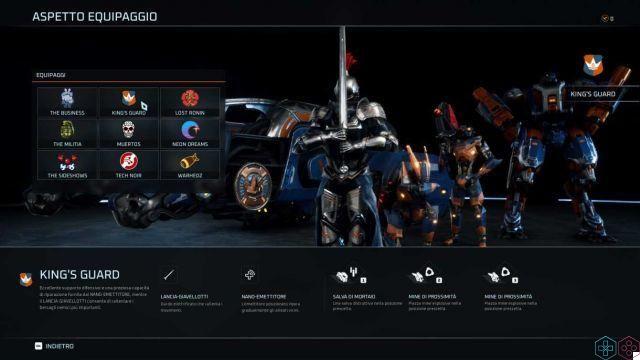 However, you need not fear, as important as our little allies are, the air battles will be extremely numerous highlighting the abilities of each Gravicycle. In this regard, the game makes available well nine Crews, a term that encompasses the fact that each "class" is like a separate team per set of ability, weaponry (some never seen even in single player), unit, features ed aesthetics. The division is rather traditional there are in fact Crews tank, attack e support.


Lost Ronin for example, it is equipped with precision burst weapons and homing missiles. He then has three units under his command, one heavy with the Mortar Save ability and two with Stun Grenade. Ronin has a fast crew suited to quickly take down both Gravicycles and ground units.

King’s Guard  it is a medieval themed Crew suitable for defending and resisting blows, in fact it has a dart that slows down the movements and a weapon for area heals. Its three ground units have Proximity Mines and Mortar Save. 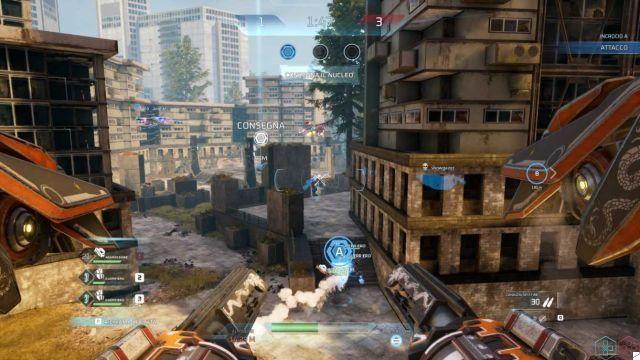 The defense units, however, highlight a particular problem, namely the slow movement speed of some Crews. If you choose one defense class you will feel extremely burdened, so slow that you will find it hard to move around the map. Imagine having to move around in any RPG with a full inventory for the duration of the game, something we do not wish anyone. The shots help a bit, however we hope that the developers manage to find a different solution to balance their mighty defense.

Battles take place within arenas, each themed with some missions from the main campaign. Unfortunately theirs design is nothing inspired or that will make you scream at a miracle, some will seem more chaotic enough to make you lose your sense of direction at the first corner. Others, on the other hand, are more traditional and minimalist, thus guaranteeing pleasant battles thanks to better visibility of the units on the ground. Let's now move on to one of the more delicate topics: customization and microtransactions. 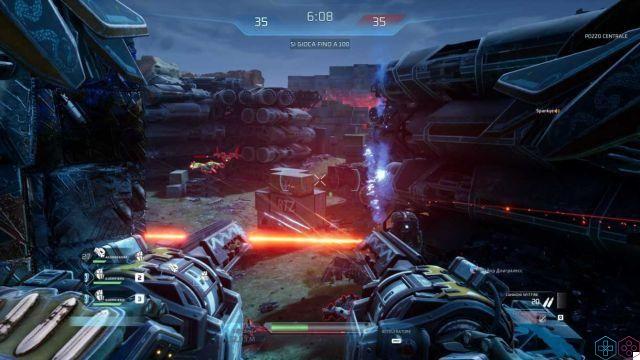 Yes, Disintegration multiplayer also has some microtransactions, which are completely unrelated to the single player campaign. As usual there is in fact a game currency that you can buy with real money or for free by completing challenges. The extras you can buy are all aesthetic, therefore nothing pay to win or that it can change the tide of battle. There are emote animate, banner o different colors and different textures for our pilots, crews and Gravicicli. Even after a few games we were able to get a new color for the vehicle and ground unit without opening the wallet.

In addition, many other elements can be obtained simply by completing challenges, that is, small missions or achievements, both general and singular for each crew. One thing we particularly liked is there'profile picture editor. You will not be able to use those of steam, but using the tools that are provided to us you can change the background, color, size and rotation of the sprites available and add new elements to create crazy or beautiful collages. It won't be as powerful a medium as Photoshop, but we still managed to make a very original skull eating bacon slices. 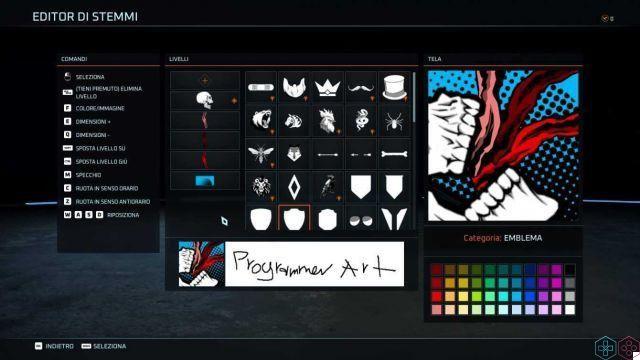 Something new and something old

The multiplayer part of Disintegration is something that intrigued us a lot. Basically it's a traditional antigravity shooter, but the focus on ground units is what fuels the action. However, we would have liked to see even more elements to highlight its importance as a cooperative mode with hordes or computer-controlled ground units. In fact, there is a risk that low-grade matches can become challenges almost exclusively between Gravicicli, leaving the units to carry out their work almost automatically.

The fun will still be guaranteed thanks to responsive controls and very varied crews, as long as you don't choose the defense ones, then it will take you a long time to even reach the checkpoints. Apart from that there are no major issues undermining the fun, and microtransactions are highly optional. Should the game be supported even after its release, we can't wait to witness its evolution.

It is still something different from the usual battle royale or hero shooter, however, will there be a place for this title in the market? Disintegration will be released on June 16, 2020 for PC, PlayStation 4 and Xbox One. To stay up to date on video games and technology, we recommend that you continue to follow us on the pages of techigames.

add a comment of Review Disintegration: let's analyze the multiplayer