We have finally been able to play the new creature of one of the fathers of Halo. In this review, Disintegration presents itself as something new, a hybrid between shooter and strategy game

Although it is a different shooter to those we are usually used to, the references to the playful tradition are numerous. The style of play reminded us very closely of titles like Forsaken or Descent, accompanied by strong elements close to the strategic RTS genre. Seeing trailers or gameplay videos can certainly help to understand the style, but with the keyboard or pad in hand, things are very different. In this review of the PC version we will analyze and try to make you understand what Disintegration wants to innovate in the gaming world and what perhaps went wrong.

The game will be published by Private Division and is developed by V1 Interactive, a new development house with only 30 members led by Marcus Lehto, founder of Bungie and former Halo art director for much of the series. A name that gives hope for great things and that in large part he has managed to pass on to this new creature of his. The announcement trailer has certainly stirred up many of us who were hoping for a spiritual sequel or homage to the Master Chief, however the topics covered and the style of play are distinctly different.

It is right to start by making it clear that Disintegration is not the new super science fiction blockbuster, but a work that tries to be something different without sacrificing quality. However, as we will see in this one review dedicated to the single player of Disintegration, the ups and downs are numerous. 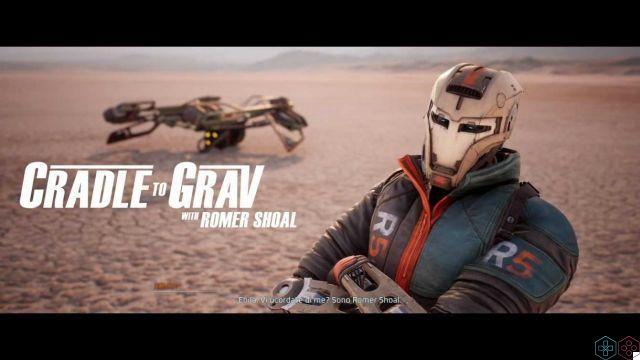 From the first moments it is evident how much V1 Interactive is being serious. Each fundamental part of the game is narrated through finely crafted cinematic scenes comparable to the triple A market. The first starts the story and introduces us to the protagonist Romer Shoa, a former celebrity and former Gravicicli racer, whose life plummeted when he was locked up on the Iron Cloud of Rayon for vehicle smuggling.

It is a flying fortress that is home to Outlaws and anyone who is opposed to what they are called Integration, i.e. the transplantation of one's human brain into a robotic armor. Change that initially could have been independently decided by the "natural" individual, but which is now being imposed and for anyone who does not agree with the regime, the penalty is death or imprisonment. Romer has managed to escape and with a gang of Outlaws plans to rebel. 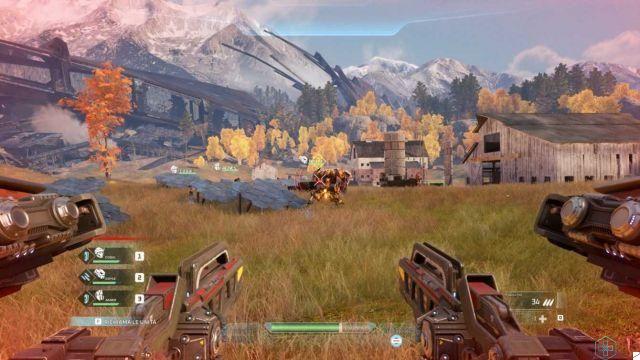 The characters we meet are all interesting and with very specific personalities. Agnes is the blunt melancholy of the past, Coqui the funny guy on duty who counterbalances himself with Doyle much more serious and down to earth. Our knowledge will expand throughout history, but the initial interest placed on it will not always be fully satisfied.

There are many opportunities to learn more about them and the game, in fact, between one mission and another, leaves us time to chat with them. However the purpose is not always narrative, and when it is, we often receive unsatisfactory sentences, certainly nice and interesting, but too often ends in themselves. The desire to deepen what is shown pervades the whole experience and the topics covered are also affected by this lack. The passion of the developers is evident, but also just the inclusion of a codex it would satisfy our thirst for knowledge. 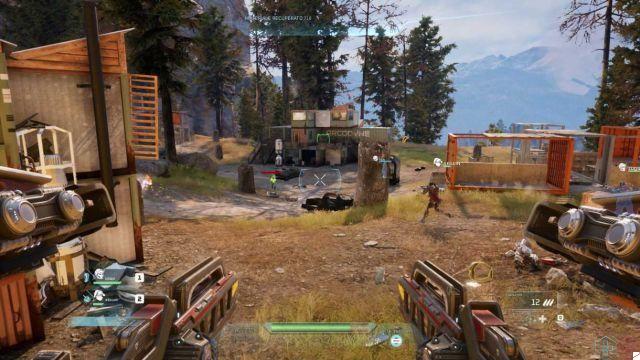 The Basics of a Different Game - Disintegration Review

The struggle of our Outlaws to secure their freedom and obtain a natural body again, proceeds through a dozen missions with a total duration of 10-12 hours playing it in difficulty Maverick (i.e. normal), each of which will put us in front of different scenarios. The player's view is first person through the eyes of Romer riding the Graviciclo, namely an anti gravity bike. From here we will be able to face enemies by shooting with the main or secondary weapon, which can be support or attack. Always from the top of our vehicle we will have a good view of the battlefield and ours companions on the ground that we can command.

The single player campaign mostly takes place through long corridors where we will face Rayonne already stationed or arriving in waves. When everything seems more chaotic, just press E to activate the scan mode, which allows you to highlight enemies and some interactable elements.

In the first moments of the game it could be difficult to control both the bike and your companions, but progressing gradually will become extremely fluid and satisfying. By pressing the left click we shoot with the Graviciclo and with the right we decide a meeting place or a target to attack for the whole team. Of each of them we can use the special abilities that will change as the story continues: stun grenade, slow bubble, mortar salvo, and more. 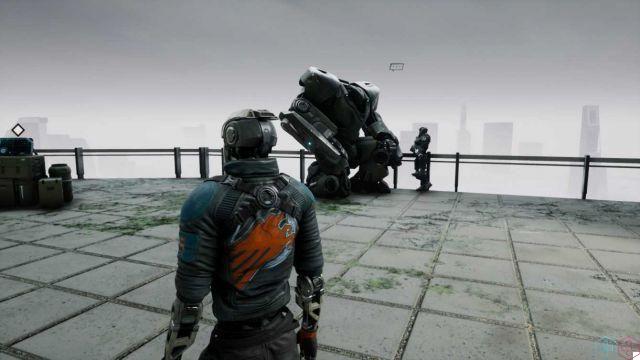 Their use is entrusted to shortcuts on the pad or keyboard and preferably to be used in combo, in order to maximize damage and control over enemies. However, we will not have the opportunity to choose our weapons or teammates, all missions have pre-established weapons and set-ups. There are shotguns, gatlings, homing rockets, a sniper rifle and more, which when paired with other weapons and different teammates, constantly change the way we deal with threats.

Enemies that will all have to be dealt with differently forcing us to use dynamic strategies. For example, the rhinos are huge but are stunned if hit from behind or the hoppers are slowing down to dodge their blows. However, Disintegration makes a huge mistake, initially entrusting the player with the most boring and ineffective combination of weapons of the whole game, which unfortunately will return in another critical moment of the experience. This causes the three initial missions may seem slow and tedious.

However, we must not be overwhelmed by bitterness in that the body of the story can be addictive. Disintegration is a video game very arcade with a constantly increasing level of difficulty and that requires a high degree of coordination between FPS and strategy elements. Even at the end of the experience, there remained a considerable desire to return and redo some chapters, facing them with different difficulties or to complete the challenges, which may consist in defeating enemies in a certain way, a race against time, never having to die and more. 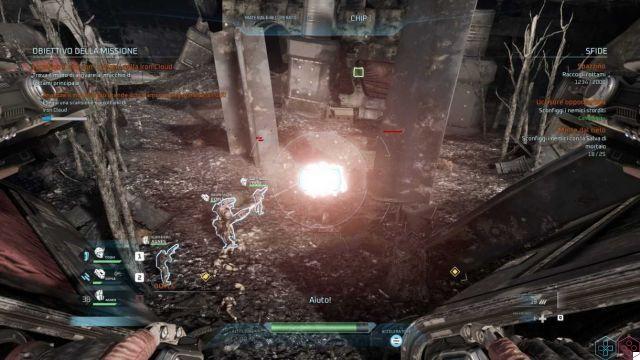 We take a break - Review Disintegration

The latter are given to us in between chapters where we can control Romer in third person and visit our Outlaws base. Before each mission we will have the opportunity to use the materials acquired during the game for boost up our character or fellow Outlaws. May they be to increase the HP, damage, or shorten skill cooldowns, improvements they don't have a big impact on the gameplay, but they are still useful to give a sense of progression outside the plot.

As for the variety, landscapes don't change too often, but they will have to suffer from our actions. Houses, stone walls and others background elements will gradually be destroyed following the fate of the battle. While not having a big weight on the gameplay it is really satisfying to blow up a piece of wall or to see a house shrink to its own skeleton. 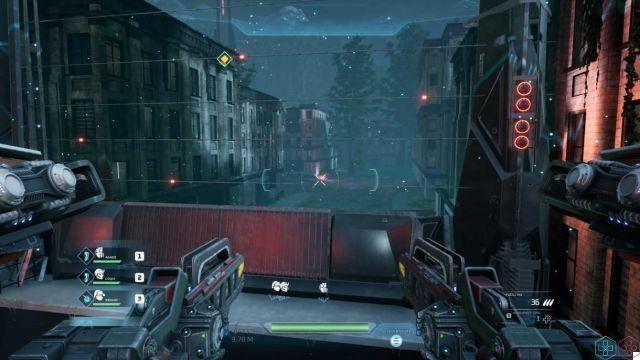 One thing that the settings communicate almost screaming, is the inspiration that Marcus Lehto acquired and infused into the game while working on the first chapter of Destiny. While some models are not graphically exciting (some trees and buildings are hands in hair), urban and naturalistic design demonstrate strong artistic direction. Furthermore the kinematics as already said I am of superb quality, much of this thanks to good quality photography and lighting.

All beautiful as long as humans open their mouths showing huge inaccuracies with their lips. However the dubbing is good but the models of the organic characters sometimes leave something to be desired. The robotic ones, on the other hand, are pretty although not extremely original, they are very reminiscent of it the Exos of Destiny. Accompanying us are also the soundtracks of Jon Everist, an industry veteran who has worked on titles such as the most recent Shadowrun and Battletech.

From a technical point of view we have not encountered problems of any kind, never once did we get stuck with our Graviciclo in the polygons. Le performances were excellent for the duration of the title and we doubt that you will have great difficulty in making it run within the minimum requirements. The options to calibrate the experience according to our preferences are numerous, there is even the possibility of putting a limit of the FPS up to 500. One thing that perhaps will annoy some is theinability to adjust the FOV, but if the game has caught your attention you will soon forget. 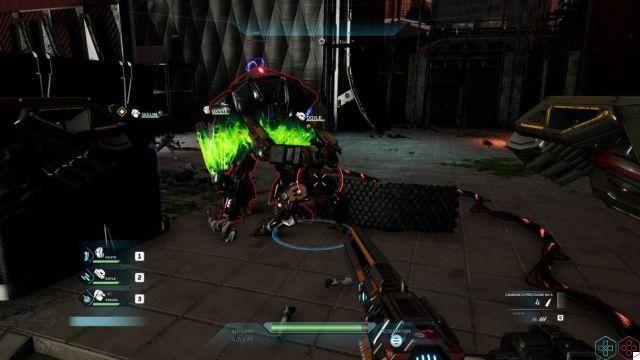 Finally, here are our final considerations

Writing this review was like a quick rollercoaster. A path of continuous ups and downs which, however, have always managed to keep us interested and engaged. It is reluctantly that we have listed its flaws, because despite all its learning curve and originality it has prompted us to return over and over to the various chapters.

However, we are fully aware that it may not be to everyone's taste, especially those expecting a fast paced shooter with a deeper storyline. Finally we recommend this title to anyone curious to try a title that dares to provide a different gameplay than usual, and those who want to be fascinated by a semi-introductory story for an interesting universe. And if you think the RTS elements aren't for you, turn the difficulty down and start destroying every Rayonne in your way.

The game of this review, Disintegration, will be available digitally from June 16, 2020 for PlayStation4, Xbox One and PC. To stay up to date on video games and technology, we recommend that you continue to follow us on the pages of techigames.

add a comment of Review Disintegration: a new way of understanding strategists