Everyone has their own secrets and with Do Not Feed the Monkeys we will try to reveal them all, let's analyze its version for Nintendo Switch in this review

For every technological innovation and scientific discovery, we should always thank our primordial inquisitive desire, also known as curiosity. It is a habitual instinctive behavior common to all living creatures, but thanks to certain natural conditions it has allowed us a rapid social evolution. However, curiosity is a double-edged tool, if the search for answers were in fact to become more morbid, the risk of falling into conspiracy and false news is just around the corner.

Do Not Feed the Monkeys is a satirical experience that is constantly nourished by this feeling. He doesn't take himself too seriously, the tones during the experience will be mostly light, but the digs at certain beliefs will be numerous, to say the least. So let's sit at the desk, marginalize our needs and turn on the PC. Let's find out in this review Do Not Feed the Monkeys for Nintendo Switch.

This video game was developed and distributed by Fictiorama Studios, initially released on October 18, 2018 on PC. The interface and controls were specifically designed to be used with a mouse and keyboard. Much of the time we will find ourselves interacting with various elements on the screen, almost like in an old-style graphic adventure. The one for Nintendo Switch is a port that has needed some changes, instead of the mouse, we must now rely on sticks, shortcuts and the touchscreen.

So starting from the beginning, let's see in this review such as porting Do Not Feed the Monkeys it behaves on Nintendo Switch. 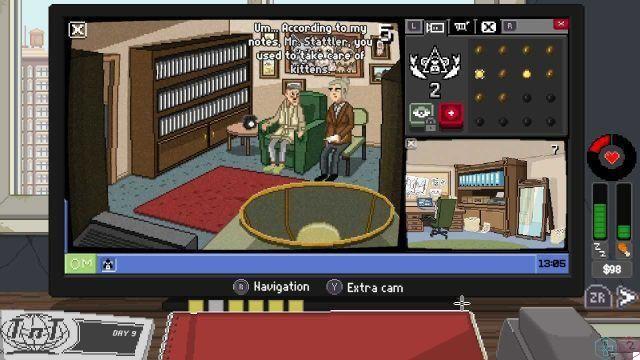 At the start of the game we will be contacted and invited to participate in what is called a Digital Voyeur Simulator. It would be work for free for a secret organization and through a program on our computer, supervise some "monkey cages" by collecting all possible information about them. The more effective our research and the greater the number of cages we control, the more we will climb the summit until we receive the revelation of the mythical Primal monkey.

The whole game takes place inside a studio apartment, where we just have a bed, fridge, coffee machine and a computer. Our life revolves around the performance of always different jobs, all useful for continuing to spend money on food, pay the rent and buy new cages to check on the PC. The premises of the game are very simple, but what makes it interesting is the way it goes our actions and a pinch of randomness they will be able to shape the experience. 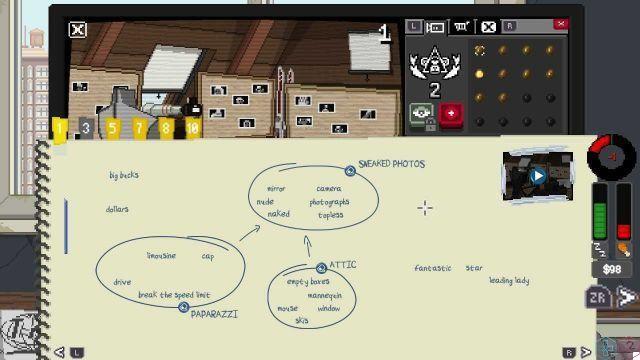 Seen in a generic way Do Not Feed the Monkeys is a video game based on the management of various resources, mainly that of time, health, hunger and fatigue. By working one-off you earn money and spend time, to invest for food or pay the rent by satisfying the hostess, under penalty of eviction or game over.

A balance that will become more and more subtle as the days go by, thus increasing the difficulty of the game. Sometimes it may turn out frustrating, leading to a necessary game reset by testing better survival strategies. The game automatically saves, but loading the game may lead to a game over loops impossible to avoid. Almost all the activities we have just listed consist of a simple series of clicks and waits to maintain the psychophysical balance of the character.

However our main assignment will be that of spy on unsuspecting individuals through the Moneky Vision program comfortably on our virtual PC. This one window of ours on the world is divided into sections, as many as there are cages in our possession. Each of them will show interactive or semi-static scenarios. 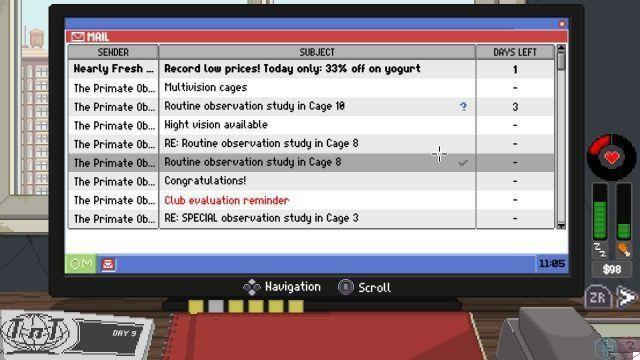 Cages for monkeys are actually not, it is rather a metaphor to define the subjects captured by the cameras, that is, rooms with people doing various things. Of course it is a very generic definition, but since there are 46 cages in all, the variety of subjects is remarkable. For example, there is the old man resembling Hitler, speaking to the social worker of his glorious military past in Germany. A possible commercial agent often talking on the phone about finance and economics, with a suspicious blonde wig at the corner of the room. Or a simpler Egyptian work of art inside a museum, which nevertheless hides a shocking secret.


Our job is to collect notes about them, by identifying interesting objects or marking words in yellow during conversations simply pressing X. Everything will be entered in our virtual notepad in the form of words, which you can then use to get a better picture of the situation. The secret society will in fact send us certain requests via email and their completion will earn us money. One of these could involve the discovery of a particular telephone number, address or other.

We will therefore have to exploit the annotated keywords looking for more information on the fake search engine, up to the "solution" of each cage. However each can have different endings. The game suggests this from the start, but for much of the experience it won't be clear how to do it. By purchasing the right equipment, we will be able take pictures and record videos of monkeys unaware to then use this material for blackmail them.

The home PC is in fact provided with a chat with which we can have multiple choice conversations with victims. Based on our actions and decisions, each room could have an epilogue happy, neutral or even dramatic. Hence the name of the game "do not feed the monkeys", the organization in fact prohibits interaction with humans to avoid any risk. 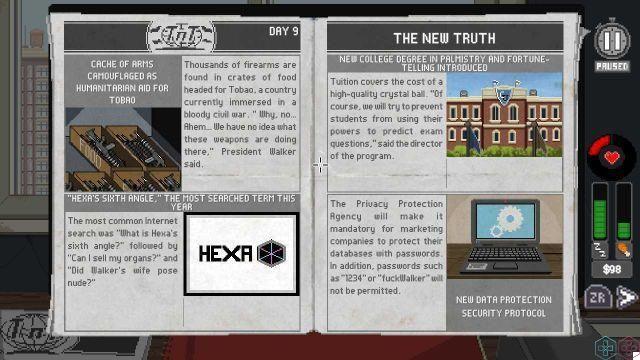 During the game we will often be intent on quickly navigating between screens. The cages must in fact be checked every time we receive a visual input to make sure that nothing is lost, sometimes we will have to check two or three at a time. Visual clarity and intuitive controls therefore become essential. If from an aesthetic point of view we are here, the controls sometimes leave a lot to be desired.

As previously mentioned, the developers had to adapt the PC interface to the commands of a controller. Instead of closing the game windows with a click of the mouse, for example, we can now do it using the pointer with the stick, pressing B, or using the touch. However, there will be so many elements on the screen that it will not always be clear which hot key we need to press.

Also, as you can imagine, emulating a mouse cursor with sticks is not exactly the best of convenience. At any rate we liked the touch controls, which manage to give a much smoother and less confusing experience. 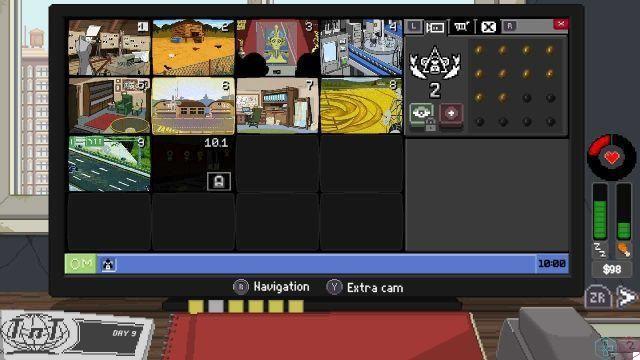 Our final judgment on the judges

Playing Do Not Feed the Monkeys is a strange and absurd experience. Much of what happens on a narrative level is a subtle reference to social desease that we live every day, that it can make you both laugh and think. In addition to being a Digital Voyeur Simulator, it could in fact also be defined as a keyboard lion simulator, that is, those individuals who feel able to judge and control with impunity behind a screen.

Especially after we have found a good psychophysical balance for our character, we will often be faced with difficult choices that will decide the fate of one or more people. The general setting will however often come by light tones on the surface, leaving the greatest weight to some visual references or fleeting words in the morning paper. You will find myriads of conspiracy theories taking shape, the most obvious of all is surely the existence of the illuminati.

At the level of gameplay it is a good management that sometimes he will be able to infuriate you with confusion that it can generate. Jumping from one screen to another and selecting the right object will not always be a convenient and immediate action. Apart from that it is a game that we highly recommend to lovers of management, those who want to feel a little detective or simply to feel the thrill of being able to control the lives of others.

The game of this review, Do Not Feed the Monkeys, is available for Nintendo Switch, PlayStation 4, PC, iOS e Android. To stay up to date on video games and technology, we recommend that you continue to follow us on the pages of techigames.

add a comment of Review Do Not Feed the Monkeys: gli illuminati su Nintendo Switch