Razed, an indie title developed by Warpfish, is an interesting arcade that makes the most of Unity and that makes speed and timing its strengths as well as the main qualities that a gamer must implement in the game. Let's take a closer look at the various points, positive and negative, of this game in our review.

The arcade video game has been subjected to the game rooms and the possibility of finding it right in the various cabinets. Over the years, however, this type of video game, whose main feature is its own the extreme impromptuity and the possibility of playing short games in moments of leisure (or many lots proportionate to our economic availability), has undergone a very interesting "weaning" process.

With the progressive "death" of arcades and cabinets, arcade titles have cut the cord that kept them tied to the cabinets to move to different devices: consoles and smartphones on all. Razed is a third-person platformer that immediately shows its main features: beautiful graphics that make the most of the potential of Unity, an extremely minimal character, a lot of speed, an excellent level design and probably an excessive trial and error component .

More importantly, Razed is able to rekindle the pleasure of playing an arcade almost nostalgic. It is one of those games that can make us as angry as rejoice once we reach the end of a level and it gives us the possibility to play blitz games; just what an arcade game should do. 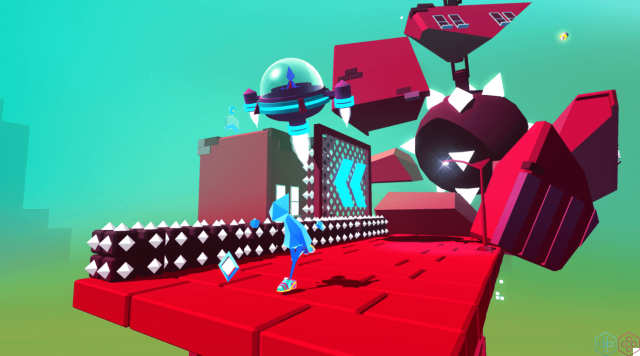 The time is a key component in Razed. In fact, whenever you find yourself facing a level there will always be a timer to record your performance. Once the level is finished, the time it took to complete it will be shown (not the attempts, it would have been too humiliating considering the difficulty of the title). In my opinion, this element is very interesting from the point of view of the arcade game and the "social" component of the title.


What is meant by the "social" component? Don't worry, nothing concerning any network, for "social" component we mean the pleasure of playing a title in company, even if this title is presented as a single player; in the case of Razed we can in fact speak of a fake single player. This is because a title like Razed prompts the player to change hands the gamepad, or the Switch, to invite your friends to try to pass the turn level.

Fun is the possibility to replay a single level several times and compare the travel times obtained and challenge your friends to improve their records or complete the level in the shortest possible time; here's one small competitive component to which probably the same Warpfish he thought in the development stage. 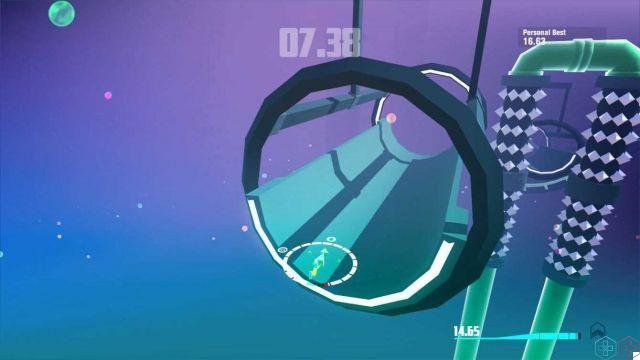 The level design of Razed is well thought out, each level presents the possibility to go through different paths and to get to the end in different ways. The various skills that we will unlock during our games will not only be able to be enhanced but will help us in solving the levels and identifying the different paths within them.

The skills in question will allow us to jump, brake, increase our (already high) speed, hit, grab and blow up some elements of the scenarios that we will find ourselves in front of. The latter are perfectly made and characterized, and make the most of the graphics engine used: Unity. We will face 10 levels for each single "world", each of which has different characteristics that we find within the individual levels. The tenth level of each world represents a real boss-fight which, for the occasion and for Razed, we will call "boss-level", in which, in addition to the elements of the scenario, our antagonist who represents a small element of lore in the game. 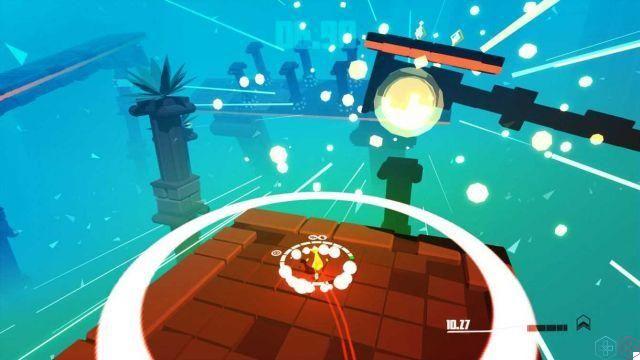 The component trial and error it is very present in Razed and is itself an integral part of the title and its arcade nature. Usually the trial and error is, in my opinion, a component to be absolutely avoided in a video game as it risks making the experience frustrating. Considering, however, the arcade nature of the title, it is an element that must be taken into account once the game is started.

In Razed trial and error often has two faces, two extremely contrasting and different faces. On the one hand we have a friendly, smiling and at times even mocking face that invites us to replay a level several times, perhaps accentuating the aforementioned "social" component; on the other hand we have a face that is not at all reassuring, indeed, it would be one of those faces to be absolutely avoided (especially when returning home in a dark and desolate driveway), which accentuates the frustration that the title can cause and its defects, as for for example, the poor reactivity of the controls in some points and some glitches or bugs (avoidable considering the lightness and small size of the game) that compromise the experience in certain areas of the levels. How to avoid excess trial and error? It would have been appropriate, at least in the "boss-level", longer and more complex than the others, the presence of checkpoints that would have alleviated the frustration caused by the many deaths in these levels. 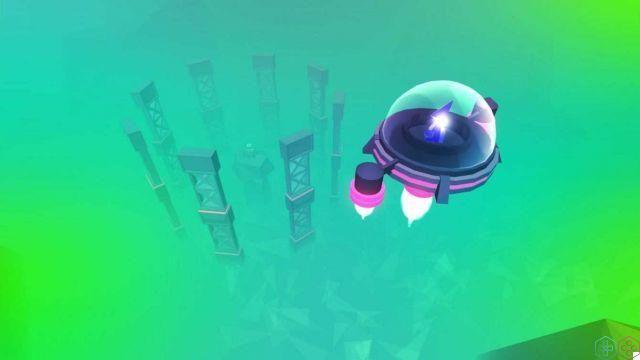 Razed is an interesting title, surely you notice the care and love that Warpfish has put in place in the development phase, which is capable of making us oscillate between satisfaction, student spirit, anger and frustration. A title definitely worth trying especially for lovers of the genre or to have a few laughs in company.

add a comment of Razed review: indie at full speed!