Projection: First Light is a special title, although the mechanics are very simple, here is our review

Projection: First Light it is a very special title. Has been developed by Shadowplay Studios and Blowfish Games published. Art design is probably what is most striking. Because? Well, it's very simple, yet it manages to express something. In terms of gameplay, we will need to "project" a light so that we can move forward through the shadows that are created. But let's see the details together with this review.

I just wanted to catch a butterfly

This title, as already mentioned, carries with it a simple but impactful artistic style that manages to hit the player in all its forms. In fact, it is possible to note, for example, the total absence of dialogue. Yet, an opening is present, indeed, it is very important. And it's curious how everything is childish curiosity is born they have in children of the animal world, especially when they can catch them. So is there a real plot to follow? Well, yes and no. It depends on how you take the title. Here's what we mean.

Projection: First Light starts with a simple incipt, as we said at the beginning of the review. In fact, we can see a little girl, who is the protagonist of the title, cause enormous damage to the entire city where he lives for a "futile" reason for adults. Which? He just wanted to catch a butterfly.

After returning home, followed by all the people damaged by its passage, the parents (who initially prove to be loving) put her in punishment. But it is here that she finds her butterfly, so much pursued. And he decides to run away from home to follow her. From this point on will begin his adventure between lights and shadows. 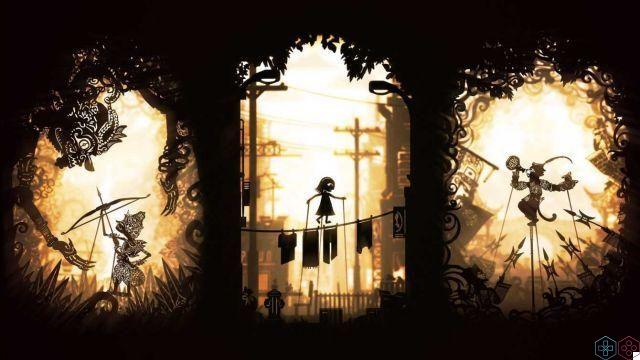 As easily understood even just from the beginning of Projection: First Light and this review, the title is none other than a very classic platformer, which features some puzzles for you to advance from one area to another. Most of these will need a light source (and therefore a shadow) in order to continue. A very nice thing is that the light source and the protagonist are separated, a bit like in Child of Light, where the girl can be moved with the left lever and the light with the right. In this case it will be the same thing. Of course, that won't be the only way forward, but the game also features elements more classic of the platform genre, such as levers and bridges.

Unfortunately, if the idea of ​​using light to be able to advance in the puzzles it's potentially brilliant, it is possible to say that the pad in the hand is not that simple. Not because of the difficulty of the puzzles themselves, but because of the difficulty of controlling the light, very often due to the movement of the camera, and therefore of the light, the system of "bridges" created in order to advance is destroyed. Which makes the experience frustrating at times. 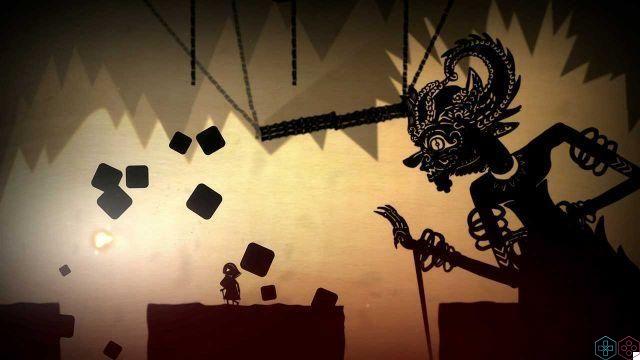 At the beginning of this review we referred to a very particular and striking artistic sector. Well, this is by no means untrue. But unfortunately everything around it is so mediocre that it fails to keep the stock value high. In fact, due to the choice made in the design not to add any type of dialogue, they should have focused much more on the musical aspect of the title.


To take the aforementioned Ubisoft game Child of Light as an example, anyone who has played the title will surely remember the soundtrack. While in the case of the indie experience created by Shadowplay Studios the same cannot be said, it is almost absent. The same applies, unfortunately, also to the various sound effects, they hardly remain, despite the excellent workmanship. But, of course, it's impossible not to applaud the artists who brought the game's graphics to life, making the contrast between lights and shadows vivid, giving it importance not only for its mere “artistic side”, but also to make a comparison with what is the story of Projection: First Light.


During our game, we did not find any kind of bug or glitch, were it not for the camera which made it impossible to perform some types of “scaffolding”, if not performed to the millimeter. 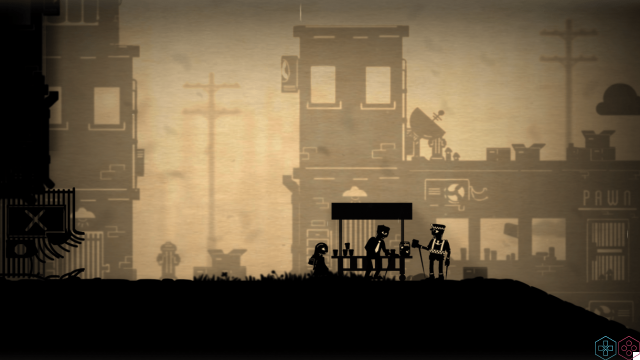 Is it worth it?

So, we have arrived at the part of the review that interests our wallet much more; is Projection: First Light worth buying? The answer is yes, but not one hundred percent. Because? Well, if you are looking for a title that is different from those offered by the recent market, then you are in the right place. But if not, you would be "wasting" your finances. It is also true that such projects always go enhanced and enhanced, even just to give a signal to the market of "giants" that we players want this type of games, as happened with Limbo or Inside. But it is also true that, unfortunately, it is not a title that remains very much in the hearts of the players. So, it's just to "try something different".

6.5 Nice idea, shame about the realization

add a comment of Projection Review: First Light, between lights and shadows