Let's discover Kingdom Hearts Melody of Memory with this review of the PS4 version. A real tribute to the work of Yōko Shimomura

Trying the Kingdom Hearts Melody of Memory demo had pleasantly surprised us on the gameplay side and made us realize how much you felt the need for a title of this kind. Because if, among numerous spin-offs and main chapters, we can discuss the ups and downs of the gameplay and the narrative, it is unexceptionable that the soundtrack has never made a mistake throughout the saga. The latter becomes the absolute protagonist of Kingdom Hearts Melody of Memory, of which we will analyze the PS4 version in this review. 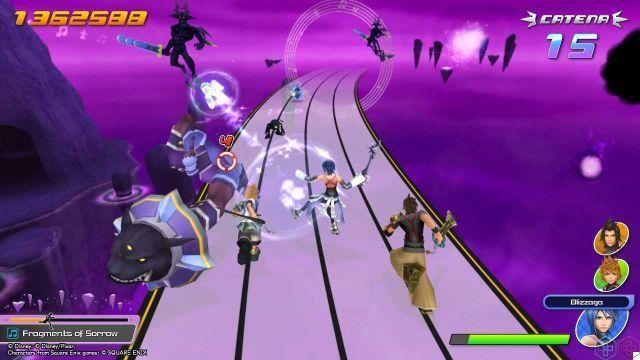 This is not meant to be a complete analysis of the game by Indies Zero. In fact, there would be a lot to analyze in terms of the narrative and the choices made by Nomura, or gameplay. Our Kingdom Hearts Melody of Memory PS4 review is complementary to that of the Nintendo Switch version that you can find here. In this case we will focus only on the technical aspect of the Sony home console version.

From a purely content point of view, the two versions are identical: same number of songs, collectibles and gameplay options. Even the trophies are somehow present in both versions. In fact, if this feature is not implemented on the Nintendo Switch, the game itself will solve the problem by inserting directly into it some goals to accomplish. 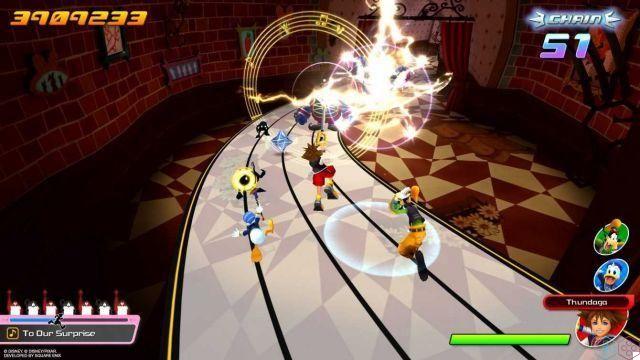 The Duashock 4 is a good peripheral to play Melody of Memory with. The mapping of the keys and the convenience of the latter is in fact fundamental in a rhythm game like this. The PS4 pad performs well: with L1, R1 and X you hit common enemies, with O you jump and with △ you trigger abilities. There is no particular effort even in the most complex combinations at high levels, so we feel comfortable promote the layout of the keys.

The developers used the same keys as the action chapters, probably to facilitate the fans in the association between the input and the action to be performed. Either way we would have liked a option dedicated to remapping of the keys, unfortunately absent, in order to satisfy the preferences of every type of player. Also worth noting is the total absence of input lag during the execution of the track. During our test we never felt that a command was not successful due to the software, rather because of our mistake in timing. 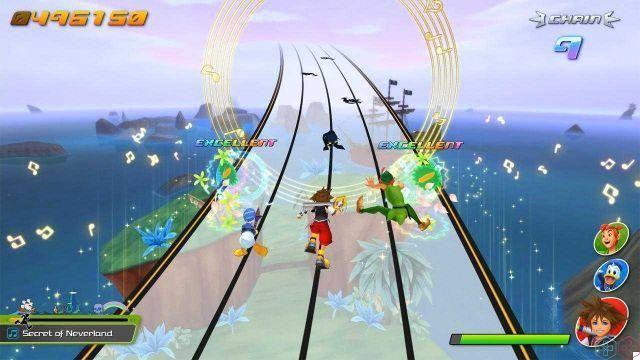 Indies Zero has decided to reuse almost entirely assets from HD remastered collections. From a graphic point of view then we cannot cry out for a miracle as these are rather old assets, it is still a visually pleasing experience. This choice, however, posed considerable stakes; to maintain uniformity in the style adopted, there are no models from Kingdom Hearts 3. So forget to see the new enemies or other characters from the latest Square Enix effort, as the latter would inevitably clash with the design of the rest of the game.

On the performance front, however, nothing to say: Kingdom Hearts Melody of Memory does not reach 60 frames per second, but it turns out fluid in any situation. A solidity necessary for the correct execution of the keys during the splendid songs that are contained in the game. Loading times are satisfactory too, the spasmodic repetition of the songs is the order of the game, but a few seconds of interruption will be necessary before starting to play again. 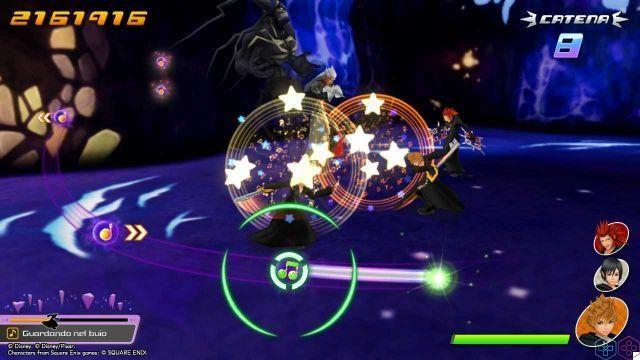 The eye wants its part, but the ears more

In short, from a purely technical point of view we are on good levels, at least as regards the overall fluidity of the experience. If graphically the title is necessarily a bit dated, the game can run smoothly even on the now "outdated" PS4 base, ensuring a good experience. Our review of Kingdom Hearts Melody of Memory for PS4 ends here. We remind you that for a complete judgment of the package it is Recommended to read the Nintendo Switch review that you find in the previous paragraphs.

If you liked this review, keep following us on the techigames pages, to stay up to date on all the news from the world of video games and more!

Pumpkin Jack Review: Out of the Pumpkin! ❯