We thoroughly tested Niffelheim, the Ellada Games survival game, find out what struck us or not in the full review

The world of survival is denser than the Milanese fog. Niffelheim takes numerous mechanics from this genre and combines them with others, typical of role-playing games. The proposal of Ellada Games, however, is very particular since it projects this title in Niffelheim, a place full of wastelands, animated by demons and ruthless characters, which acts as a bridge for Asgard. Let's see if this survival has convinced us, or it hasn't, in our review derived from the experience that took place on PS4. 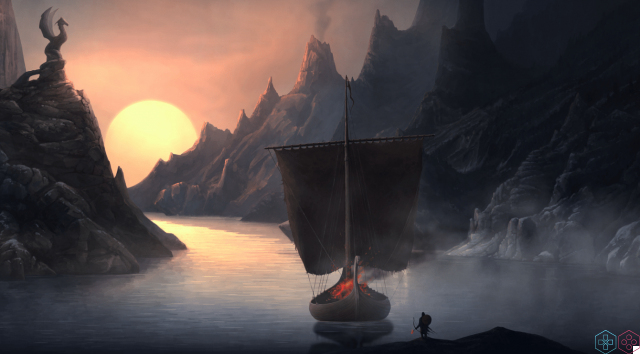 Even before the initial menu, we have a kinematics that dictates the plot of the game. The latter is very short, however it lays out the bases and motivations that lead our Viking to wander in this place. Engaged in the last solo crusade, the protagonist abandons the earthly bond in the flames, in addition to his boat, with the desire to reach Asgard. The way to this place, however, is not easy. The bridge between earthly life and Asgard is Niffelheim, a ruthless place, full of evil creatures, in which we will be called to survive.

All we can do once the initial menu is open, in addition to selecting the options and credits, will be to start a new game. Initially we will have to choose between 4 diverse location, differentiated above all in terms of aesthetics. From a dark and foggy wood, in which the sun never seems to rise, to a desert and mountainous land, the four different places, while sharing the same bases, are really well done.

Next, we will move on to choosing the character who will experience the adventure. As for the locations, there are also 4 Norsemen selectable and are divided into: Viking, Valkyrie, Berserk and Shaman. Each of them has different starting statistics ranging from life points and damage more or less low, to have a resistance to hunger or to major or minor enemy hits. In addition to this, each character will have some bonuses or malus, such as slow metabolism (which will increase the period of satiety) or light damage. 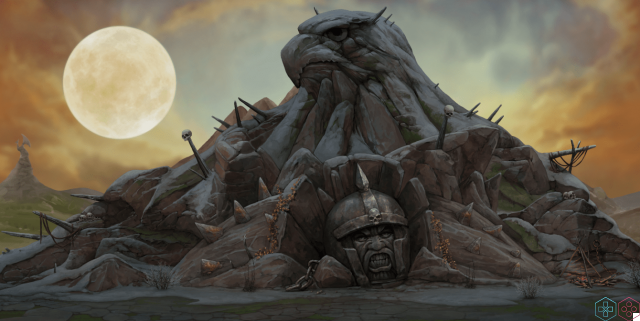 The Viking and the Club - Review Niffelheim

Once the game has started, we will see ourselves catapulted into the game world with nothing in one hand and a club in the other. After the first few minutes trying to find a valid target, we realize that by pressing R3 (on PS4) the tutorial. The latter is composed of a series of illustrative pages that, in addition to explaining the various mechanics, expose us the various objectives, but let's go step by step.

In the title, the backbone is the crafting. Initially, as previously mentioned, we will not have anything in our inventory. Wandering around the map we will find, however, a lot of objects to collect, each with its own usefulness. At the center of the place we have chosen will be the personal laboratory: a refuge for our Viking, as well as a primary place to create stuff. Here, at first, we will have to build the sawmill, the forge, the kitchen and the alchemy laboratory.

Each of these will allow us to build a specific selection of objects, starting with food, up to weapons, armor and potions. The construction phase, however, does not end there. In addition to putting all these crafting benches on, we will be able to improve them for unlock new items to craft. Furthermore, when we leave the laboratory we will realize that it is possible build further constructions, as well as improving the laboratory itself, reinforcing it and putting walls around it.

Everything we collect will be arranged in our inventory by type. The inventory is accurate, intuitive and has quick keys to quickly move objects, for example, in a crate, or to order them. While on the surface we can dedicate ourselves to the cutting down of trees, animals and the collection of food, in the subsoil we can undermine. Mining includes different types of minerals, which acquire value according to the level at which we excavate. The dungeons, in fact, are divided by levels joined by doors and, in addition to the various objects that can be collected, there will be NPCs and bosses. 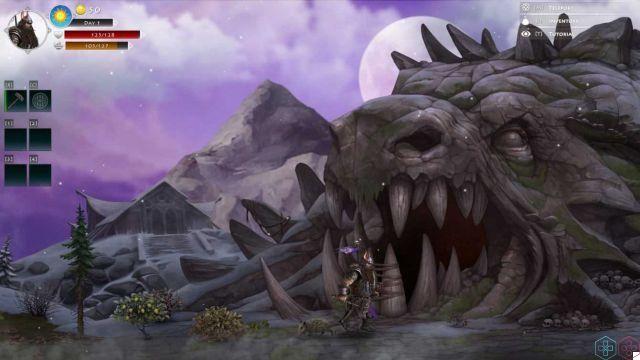 From the very first bars of the game, we realized how the action phase is not at all up to par. The fights consist in holding down a button, through which our character will attack automatically. There is the possibility of creating shields, but the gist is still that. In the title there are also ranged weapons, usable in the same way in which we use the melee ones, useful for not suffering damage. Many times it happened to us that the animation of the attacks was repeated several times, not inflicting an actual damage to the enemy.

Niffelheim presents various missions, which will be assigned to us by different people NPC. Ravens, for example, will show up outside our laboratory to give us such assignments. These missions are to all intents and purposes exchanges: we will be required to find a certain object and we will be rewarded with another type of product, or with coins. The monete they are used to buy goods in the market, which is very useful especially for food.

Yes, because in the title there is the hunger mechanics, And is damn overwhelming. Satiety will drop for every action we perform, more or less quickly, forcing us to continually return to the laboratories or to get some food, otherwise our Viking will crash. This mechanic, after the first few hours of play, becomes really exhausting as it is poorly balanced. The only way to improve the latter is throughincrease of our parameters, which improve once we perform an action several times; for example: the lumberjack skill increases based on how many trees we cut down.

In Niffelheim there are different enemies to face. The ones that we will meet more easily are the skeletons, but there are other creatures such as wolves, boars, up to bosses and mini bosses. As we have already stated, the combat is not at all convincing, even when we are attacked by packs of enemies. Yes, the title, as we mentioned earlier, provides for the possibility of fortifying one's base in order to resist attacks. Such assaults we will be notified through a notification and will happen once the timer has expired. Even this, however, is really not very exciting and not very concrete.

Niffelheim's visual sector is truly inspired. Starting from the initial kinematics, up to the graphics of the game, everything is presented in an optimal way. The places, creatures and effects are done in a detailed and coherent cartoon style. The various menus are well organized and the entire title is translated into Spanish. The different dialogues are also well-made and enjoyable to read. Occasionally, however, we have noticed a few drop del Frame Rate, especially when leaving the facilities. The sound compartment it does its job, but at times. Although the music is really nice and inherent to the atmosphere, it is often not present and breaks the audio-visual balance. The game sounds, on the other hand, are nothing special.

In conclusion, Niffelheim is a title that has a great potential that the developers have not been able to exploit. In addition to the crafting phase, which is really great, they should have paid more attention to the combat phases and objectives of the title. Yes, because it is not a pure survival, but there are NPCs and dialogues made, as we mentioned earlier, very well. What we are in our hands is, unfortunately, a not too successful hybrid, which bores the player after a few hours of play.

Review Nioh 2: the journey of a Yokai warrior ❯

add a comment of Niffelheim review: traveling to Asgard