MotoGP 20 review: the right game, at the right time

Let's find out in this MotoGP 20 review, the latest chapter in the Milestone series that further evolves last year's winning formula

About 1 month earlier than usual, the new chapter of MotoGP has finally arrived. With a void left by the inevitable postponement of the season that would have taken place in this period, MotoGP 20 of the Milestone guys he couldn't get out at a better time. To raise the expectation for the title even more, were then the excellent premises set with the previous chapter, which still needed, however, some finishing. So let's see in this review how MotoGP 20 has evolved compared to last year's chapter, and in which aspects there is still room for improvement.

Two years ago the series first adopted theU as a graphics engine, and starting above all from the halving of the FPS on consoles, there was a need for some improvement. Even last year, the console versions unfortunately remained around 30, but finally with MotoGP 20 it will be possible to return to playing 60 FPS. However, it should be noted that the option is only available on updated versions of consoles: PS4 Pro e Xbox One X. The version we tested, however, is the PC version, and here the most important changes are therefore more related to the graphic quality.

The improvement over MotoGP 19 is not too sharp, and there are still some low-resolution textures combined with animations and character models to make the quality of the introduction scenes still quite low. The situation changes, however, where it counts, that is once you hit the track. Here you will immediately notice the improvements in rendering such as sky, grass and post-processing effects.

The excellent quality of the models of riders and motorcycles, and the more than good one of the tracks, especially considering the very high speeds with which we will travel them, contribute to a really visual impact pleasant and realistic. An aspect that certainly still needs much improvement is the quality of the trees, which are continuously visible and definitely not up to par.

The game also features an excellent one photo mode, which will allow us to immortalize our drivers as they whiz on the asphalt as we want. In fact, you can choose the position and inclination of the camera, aperture, iris and focus, shutter speed, exposure, contrast and brightness, and finally various filters. 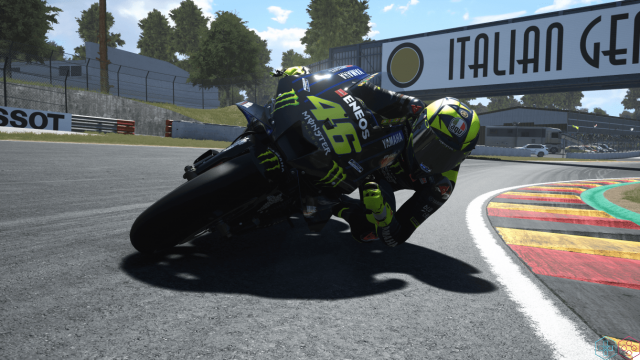 We tested the game on a PC with an Intel i5-6600, 16GB of RAM, and an NVIDIA GeForce RTX 2060. The heaviest situations are obviously when we are in the midst of a group of other drivers, but the performance remains excellent even in those scenarios. By setting all the graphics options to maximum, and disabling the framerate limiters and V-Sync in 4K in fact the game easily maintains the 60FPS practically fixed.

Only in some situations (probably loading) the framerate drops a lot, but only for a few moments. Going down in 1080p, with the same settings and always V-Sync and framerate limiters deactivated, you can easily reach and exceed the 144 FPS, equally stable. 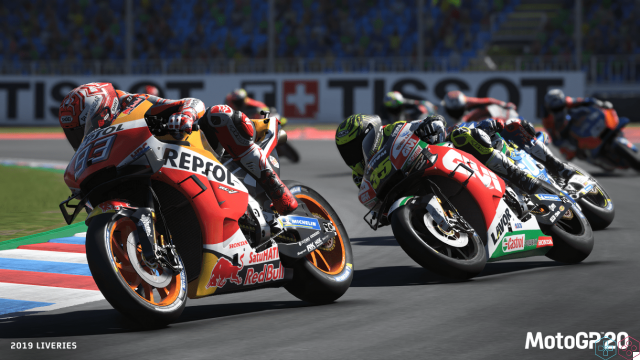 Gameplay and the evolution of ANNA - MotoGP 20 Review

Short for Artificial Neural Network Agent, ANNA is the neural AI-based automatic pilot control system introduced last year. This year ANNA is back in an advanced version, but unfortunately some of the problems highlighted in MotoGP 19 remain. First of all is definitely theexcessive aggression pilots, who will sometimes throw themselves at us with no consideration for their own lives. Overall though the behavior of AI controlled pilots is convincing, also considering the new necessary adaptation to the management of tire and tank consumption.

As for the gameplay, this is an excellent evolution of the already consolidated formula of the previous chapters. The most important novelty is certainly the addition of the fuel, which we will have to learn to manage before and during the race. If putting too little will obviously leave us dry during the race, putting too much will increase the weight of the bike instead.

This will slow down the bike and wear out the tires more, but it will also make it more stable. Fuel is just one of the countless customizable aspects of the driving experience, which can also be adapted more automatically by simply indicating to the Track Engineer which aspect we want to change. For example, we could indicate that we are not happy with the precision of the bike when cornering, and he will make all the necessary changes.

To help novice players, any form of tutorial is always missing, but there are several simplifications for driving that can be activated. By becoming more and more skilled you can then progressively deactivate the various aids, arriving at a really simulation difficult and satisfying. In fact, it will also become absolutely essential to know all of them well traced present in the game, in order to refine the timing for braking. 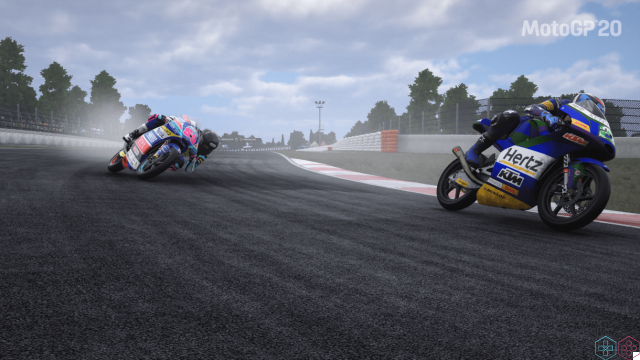 MotoGP 20 presents the fast-paced modes, the improved career mode, the ever popular historical mode, and multiplayer modes. With the fast modes we will be able to compete in the Grand Prix, in time trials, and in the Championship. The historical mode will instead allow us to obtain rewards by completing challenges with historical MotoGP riders. The career mode, the real fulcrum of the game, will finally allow us to impersonate one of our riders and choose the professional team with which to climb the Moto3 and Moto2 rankings, and then finally get to MotoGP world champion.

Missing a real one character editor, for which in addition to name, age, nationality, and sex, we will be able to choose only the face from a selection that is also quite small. But in the end, with a helmet always on, it's not that big of a problem. Fortunately, as in previous years, there is no lack of an excellent editor for the elements really visible. In fact, we will be able to create and customize helmets, numbers and stickers, in addition of course to the livery colors, gloves, soaps, boots, and overalls. 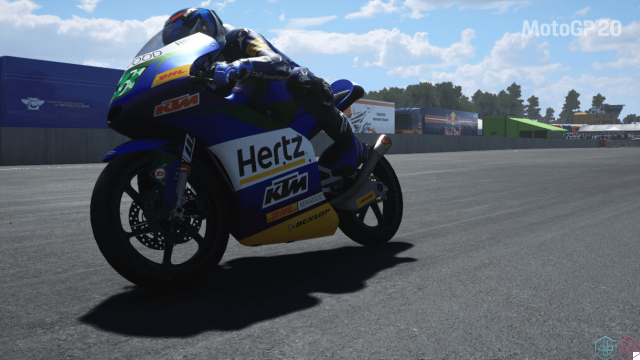 Concluding this review, MotoGP 20 further evolves the already excellent results achieved with the previous chapter, undoubtedly establishing itself as one of the best two wheel driving games on the market. Milestone Spaniards continue to carry high the name of the license they hold, and with the absence of the real season, we couldn't ask for better.

Recall that MotoGP 20 is available for PC, PS4, Xbox One e Nintendo Switch dal 23 April. For other reviews, news, guides and specials on the gaming world, go to the dedicated section on our site!

8.5 Among the best two wheel driving games on the market

Review Moving Out: the pleasure of co-op ❯

add a comment of MotoGP 20 review: the right game, at the right time