Review Moving Out: the pleasure of co-op

It's time to move. Moving Out puts us in the shoes of the craziest company around, let's find out how in this review

Probably some of you have had to deal with a move in your life. Is this an experience you don't want to repeat? You can always rely on a specialized company. Are you afraid it might break your things? Rest assured, by playing Moving Out these fears will disappear and they will become certainties. Find out why in our Moving Out review.

Playing in company is worth double

The title of SMG Studio and DevM Games is a moving simulator if we can say so. The developers like to call it a "crouch co-op game", which is a game based on sofa cooperation. The title in fact focuses a lot on local multiplayer up to 4 players. The inspiration is clearly directed towards a small pearl like Overcooked, on the other hand the editors of the game are the boys of that Team 17, who developed the second chapter of the series.

Moving Out, however, is playable in its entirety even alone, so in this review we will explore in detail the enjoyment both in single and in company. The object of the game is to transport a variety of objects to the truck within a time limit. The players will have to untangle themselves 30 levels (plus the bonuses which we will talk about later) increasingly articulate and absurd. 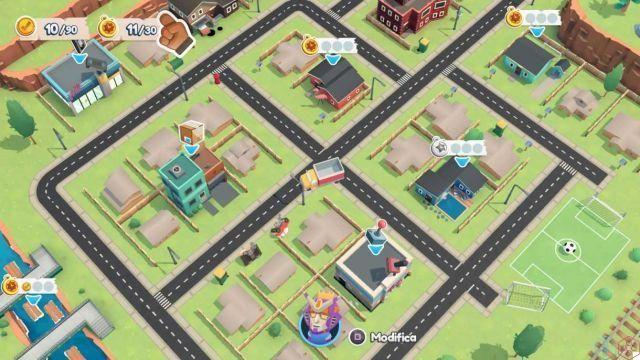 Delicacy first of all - Review Moving Out

Absurdity that will become stronger and stronger as the game continues. In fact we have not yet told you the main feature of Moving Out: you don't have to pay any attention to objects. The only purpose of the game is to be fast coordinating with the companions, in the meantime in a few seconds we will have destroyed all the rest of the scenario. This is the philosophy behind Moving Out, have no qualms about breaking windows and throwing objects in the air to be efficient.


Philosophy reiterated several times within the game. In fact, between one level and another we can enjoy the dialogues between our character, colleagues and the boss. All of them are full of that nonsense humor which amplifies that surreal atmosphere that surrounds the title. The purpose is clearly to keep a light-hearted and fun environment, both in the game and between players, and we have to say that Moving Out does it quite well. 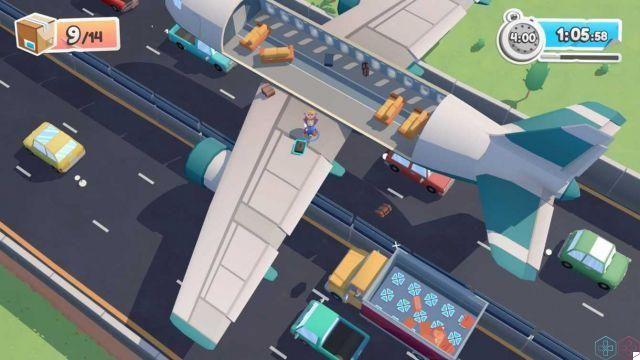 The game mechanics are quite simple. You can grab objects and move them where you want, or throw them if they're light enough. Moving Out makes massive use of physics, fundamental element above all in the reproduction of the weight of the different objects. In fact, the latter will be much more difficult to control if particularly heavy, as they will increase inertia in the player's movements.

This little trick allows you to donate one slight learning curve that will push you to improve. For those who simply want to have fun without any difficulty there is one assisted mode which allows you to simplify things. In this way you will have more time and will encounter fewer pitfalls within the levels. 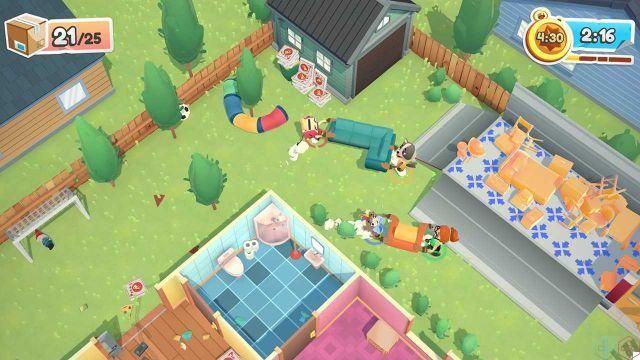 You can move anywhere - Review Moving Out

The variety of levels is very good. Each scenario consists of different characteristics, also as the levels pass new elements such as switches or levers increase its complexity. We go from puzzle levels in which it is important to study the most efficient path, up to platform levels in which you need to have good precision in the commands. Replayability is ensured by medals which are obtained by completing the level in the shortest possible time or by completing certain objectives. The latter go to unlock VHS and Arcade levels, which are made up of unique mechanics.


All then embellished with some quotes to historical titles of the past that can only make old-time players smile. The overall offer is capable of entertaining players for several hours, especially the completists. Given the budget price of 30 euros, we can be satisfied, even if we hope for an expansion of the content in the future that can further exploit the good ideas scattered throughout the various levels. 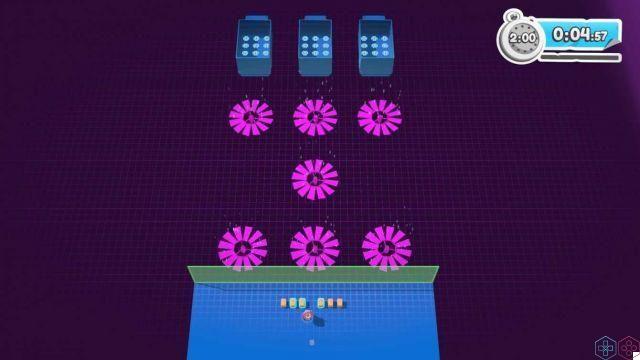 Better accompanied in bad than alone - Review Moving Out

The title offers the possibility to be played also in single, even if it is unfortunately not the best way to enjoy it. The only difference is in the lightening of the larger objects, which are made manageable even by a single player. Sorry for the absence of any online component.

The developers want to encourage sharing on their sofa at home and this is especially appreciated now that it is split screen has now disappeared. Nevertheless, an online co-op could be considered by those who want to take advantage of Moving Out to have a few hours together despite the distance.

We conclude with the technical sector, which turns out to be clean and colorful in the basic PS4 version. The graphic style adopted focuses on simplicity in line with the mood of the game. Furthermore the latter allows you to recognize the objects to be transported in relative simplicity even in the most chaotic situations, thanks to a camera that is positioned at an optimal distance and that does its job smoothly. 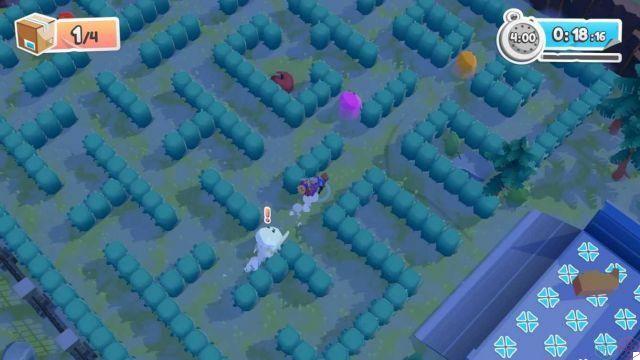 The Moving Out review ends here. The title of SMG Studio and DevM Games is a good game that it needs at least two players to be fully enjoyed. Too bad for the lack of an online component, which could make the game attractive to a wider audience. The inclusion of alternative objectives and special levels ensure a good longevity suitable for the selling price. If you want to add a game to your library to play on an evening at home with friends, Moving Out is for you.

We remind you that the game will be available from 28th April on PS4, Xbox One, Nintendo Switch and PC. If you are still not convinced you can also find a free demo on all platforms. If you liked this review, keep following us on the techigames pages, where you will find other specials and insights as well as all the news from the gaming world and beyond!

add a comment of Review Moving Out: the pleasure of co-op