INSIDE review: a dark beautiful journey

INSIDE is a puzzle-platform with simple and immediate mechanics, with a dark and at times disturbing setting and with an undoubted artistic value

INSIDE it's a puzzle-platform two-dimensional developed by the Danish guys of Playdead, already creators in 2010 of Limbo. Inside was already released in 2016 for PlayStation 4, Xbox One and Windows PC but now also lands on Switch, a hybrid console from Nintendo. We wasted no time and immediately got to work to provide you with the review of this latest version: read on to find out what we think.

INSIDE looks like a game from rather dark and cryptic plot. We will find ourselves at the controls of a young boy on the run, who moves in a dark, disturbing, decadent and particularly hostile world towards him. We will in fact be hunted by mysterious men, chased by angry animals, strange robots, monstrous and abominable creatures. Delving further into the description of the plot would be useless and would ruin the player's experience in discovering and interpreting how much of evocative will see on the screen.

INSIDE: an evocative journey | Review

From the point of view of videogame classification INSIDE is a 2D side-scrolling puzzle-platformer. The title commands are incredibly simple, in fact, we will have the left analog with which to control the movements of the boy and only 2 other buttons: one for jumping and one for environmental interaction.

The game itself is made up of a series of environmental puzzles and platforming not overly complicated. The various puzzles are ultimately solvable through some kind of interaction with the environment. Although it seems reductive in these terms, the gameplay will not bore you never. In fact, despite the basic simplicity, we will have a wide and varied series of situations, each one different from the other. In fact, we will have to escape from ferocious animals, carry out small stealth phases to hide in the darkness from dangerous machines, move crates, operate levers, control other humans to open new passages, govern a small submarine and very other. Furthermore, as we proceed in the adventure, the puzzles that will be proposed to us will increase in complexity and we will have to move into increasingly larger environments.


As if that were not enough, after just over half of the game we will get, following an event, the ability to swim without having to worry about the need to breathe. This, along with a new mechanic linked to zones in which la gravity of the water is reversed, will broaden the spectrum of possible actions even further. As you proceed along INSIDE you will incur a slight trial and error related to puzzle solving, this is true, but it will never become excessive or unfair: if we die it will always be our fault. 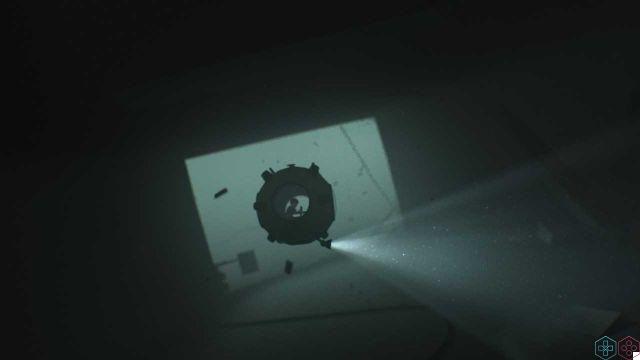 From the artistic point of view the title is wonderful. The settings are gloomy, decadent and at times even macabre. The color palette is almost exclusively limited to black and grayscale: there are very few colored elements on the screen and often indicate the points of main interaction with the environment. Even the music and the sound effects are reduced to the bone, they will intervene only in particular moments to emphasize the tension, but in general we will cover most of our adventure in the total silence. All of this makes INSIDE a truly title evocative and in some cases, distressing.

As for the purely technical side of the Nintendo Switch version we tested, we have nothing in particular to complain about. The game runs smoothly and without no drop in frame rate, both in portable mode and in docked mode. In the course of our review we also found no any kind of bugs. If we really wanted to nitpick, the initial loading of the adventure (even the only one of the game) is quite long. Nice vibration feedback transmitted by both the Controller Pro and the Joy-Con. Finally, we point out that in docked mode an item will appear among the menu options to adjust the brightness of the TV. 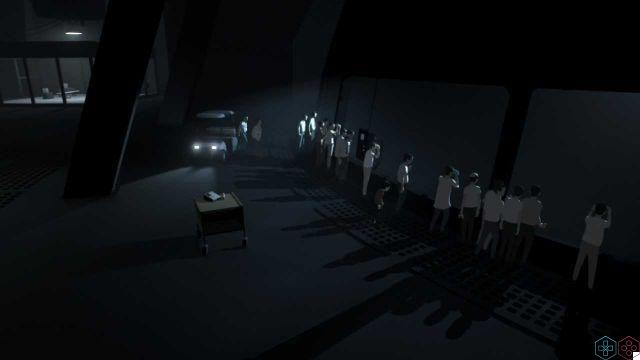 As for the longevity of INSIDE, this is between 4 and 6 hours for the first run, in which the solution of the various puzzles is not known. But of course it is also strongly linked to the skill and insight of the player himself. Unfortunately the replayability of the title is poor, given the absence of a trophy / achivements system on mother Nintendo's console or some unlockable mode at the end of the game. However, keep in mind that INSIDE is sold at the budget price of € 19.99.

Ultimately we can only promote and advise INSIDE to all those who have not already tried the title upon release on home consoles. The portability factor of the Switch is also a notable plus for a game with INSIDE. The title is strong in an artistic component of all respect and a simple but at the same time varied and fun gameplay.

add a comment of INSIDE review: a dark beautiful journey