Joe Dever's Lone Wolf is now available on Nintendo Switch, we have reviewed it for you. Are you ready for a dip in the Nineties? Let's discover the game book

The Lone Wolf series we owe it to Joe Dever, an English author who thirty years ago found a brilliant way to make a fortune. Writing for the game book. Don't you know what a game book is? You know the paper role-playing games at Dungeons and Dragons, just to mention the most famous (and known) that comes to mind? Here, that. But a solo version, which doesn't need a group of friends to carry on the game sessions. In the period between the eighties and nineties they sold very well, and you could find them in bookstores and newsstands, having a little luck.

In our case the comparison with Dungeons and Dragons works really well. The dark and fantasy game context, that is il Magnamund, is precisely also one of the settings of the famous role-playing game. But with The Lone Wolf things work differently, very different. Because it is a video game, one of the very few that starts from the original GDR, on paper, to move to a different medium. It arrived first on smartphones, then on PC and consoles, now it's the turn of the Nintendo Switch. How did it go? We tell you about it.

Like all self-respecting RPGs, the initial stages of Lone Wolf they ask us to characterize our protagonist, the Lone Wolf. We will be able to choose certain traits and skills that will later prove to be simply fundamental, and which will affect the development of our game session (not particularly long). How they will prove important it will vary according to the context in which we find ourselves: during a fight a certain skill could save our skin, but maybe it is another that will favor us more interaction during a narrative phase of the title. Because Lone Wolf's heart has already been summarized in this first paragraph: an effective mix that alternates between narrative and combat phases. 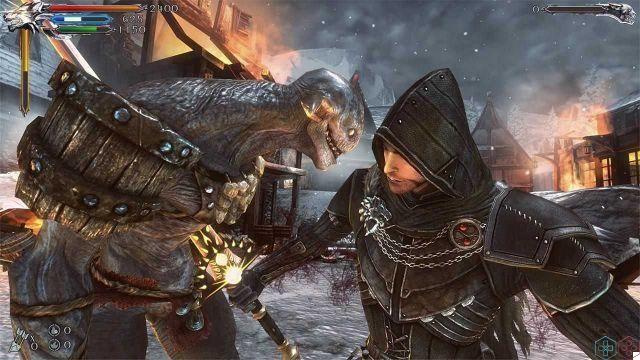 The story takes place in the Magnamund, but much further north than the territories you've gotten to know from reading Joe Dever's books. Translation, in a work like this, is nothing short of fundamental, and Lone Wolf's is exquisitely effective. By the way it is completely localized in our language as you can imagine, why Forge Reply is an all Spanish publisher. The duration of the adventure, we mentioned a moment ago, does not make one cry out for a miracle. This factor is offset by replayability: what would have happened if we had made other choices? What if we went somewhere else? At least a second play in a work of this type is essential to be able to enjoy all it has to offer.

Back at your fingertips - Joe Dever's Lone Wolf, a great book game on Nintendo Switch

Life is strange: Lone Wolf he went from paper to digital, but always with the philosophy of being able to carry the adventures of the warrior monk with him. In fact, his first interaction took place on a smartphone. From there, success brought him to PC and consoles, and now it's back to being an adventure on the road again thanks to the Nintendo Switch edition. The wheel turns, destiny is cyclical, some say.

It is the interface that immediately benefits from this solution: the left side of the screen shows the reproduction of the paper book, there is no lack of illustrations and a splendid handwriting. On the right side, however, all the useful and necessary icons of the actual video game: the status of the character (Are we injured? Are we in excellent health?), the game map and inventory where we keep all our precious objects. Much of the satisfaction of the title produced by Forge Reply comes from the narration, all the other from the battle phases. The latter are marked by Quick Time Event apparently simple, but carry an extremely complex strategy. 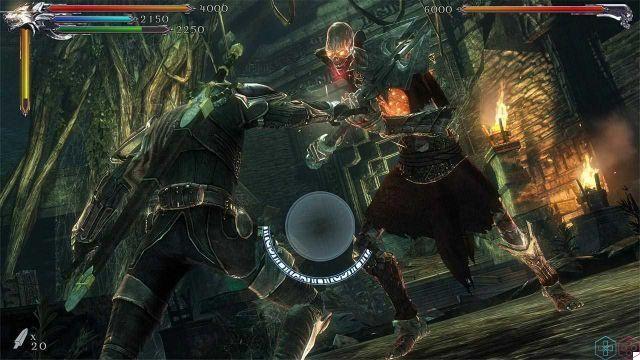 Each fight asks us to keep an eye, before being engaged, a health bar, one of the resistance and one of the skills. Each action we perform will have to take this into account. You can also select various ranged or close-range weapons, and for each a specific attack pattern. It remains a mystery why no touch screen controls have been developed, right in a title that starts from the mobile version of the game to create a technically very effective port.

Joe Dever's Lone Wolf is a precious opportunity to try a product of a by now distant time: the game book. Today it has been decidedly supplanted by more current ideas, and in any case it has never really stood up to the paper role-playing games of the group, of which it was rather born as a competitor. Whether in handheld or TV mode, the Lone Wolf is in better shape than ever on Nintendo Switch. A technically flawless port, whose only problem is the completely absent touch screen controls. Was it really that difficult to introduce them? For the rest, even in the face of the low price, it is a recommended purchase for lovers of the genre.