For Honor is a very innovative video game, with a completely new and never before seen gameplay. A technical and fun title at the same time, which however does not fully exploit its potential during the campaign and, even more so, when playing in multiplayer

In For Honor there is a very complex combat system that has never been seen before in any other video game. We find three positions of attack (left, high, right) that will give the possibility to attack and defend only if managed at best. In addition there is a quick dodge, an action to break the enemy guard and a large variety of gadgets for each chosen warrior. The combat system in many ways it recalls that of the various Souls, with the only difference that in For Honor it is much more complex to manage and master. In short words Ubisoft Montreal has created an innovative and almost miraculous gameplay, just a pity that everything has been handled in a circumstantial manner as if the fulcrum of the combat system perhaps another. 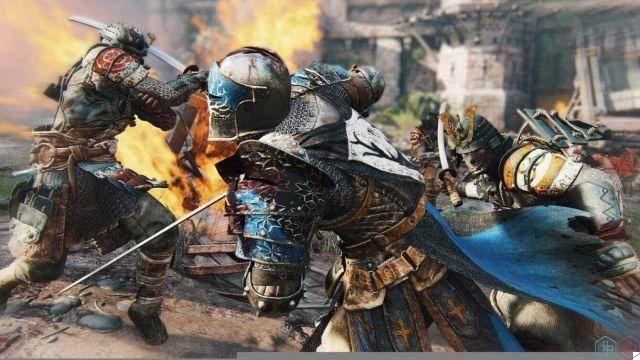 In For Honor, I've seen everything fall apart under the blows of angry Vikings, vengeful samurai and not-so-spotless knights.

For Honor offers a fairly long-lived campaign, proposing us 18 missions which will offer roughly 5 / 6 hours of game. During the story mode we will go through the vicissitudes of three factions in battle and we will have the opportunity (or the obligation if you prefer) to try all three "races" and all the main classes offered to us by the game.


During the campaign, which can be faced in both single player and cooperative, we will experience the highlights of the battle between the different factions. In the first part we will take on the role of the knights ready to conquer at any cost the opposing territories, which are commanded by Apollyon, an unscrupulous general who has no other fleece than that of war. It doesn't matter who wins or the reason for the fight, the important thing is that we fight. And it is precisely because of this behavior that bad moods will begin to form among the knights, which will soon lead to mutinies within the same faction.

After the part of the war told by the knights we will move on to Vikings, with great honor to Ubisoft for having characterized peoples, customs and habits and customs of all factions. Vikings are not interested in warfare as an end in itself, they simply love to raid and destroy, setting enemy villages on fire. Their raids will keep us company in the second part of the story, which will end with the clash between the Norse Forces and Samurai.

In the third and final part we will drive a handful of Samurai ready to defend themselves from the attacks of the Nordic barbarians and here too it can be said without hesitation that the work of characterizing the Japanese people was painstaking. The costumes, like the phrases shouted by the fighters, reflect a fine attempt to emphasize a flat and banal story. 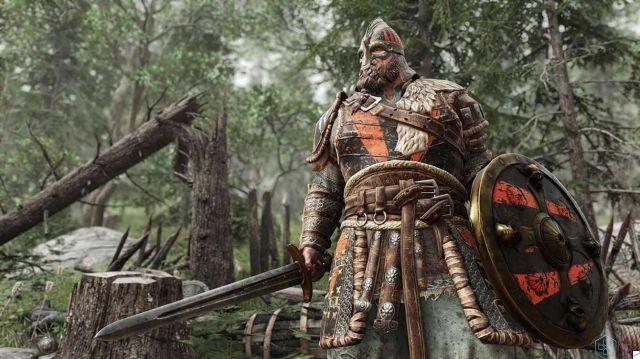 If I were to look at the campaign mode under the magnifying glass ... it wouldn't come out with all the bones "whole"

More than once I have emphasized the skill on the part of Ubisoft for doing a great job with the "Cultural composition" of the title, but I've never praised a single fighter. I did not go into detail talking about the "champion" of the samurai, the powerful Viking or the captain of the knights. I didn't do it simply because none of these are able to add anything, no characters are really essential. The only one that stands out in a more overbearing way is Apollyon, even if it remains easy to be a wolf in the midst of a herd of sheep.

Summarizing the phase of campaign you could say that it is a nice one tutorial in view of the epic battles to be done in multiplayer and nothing more. Do not expect an exciting story or characters capable of leaving their mark, rather take it as a simple opportunity to practice, becoming familiar with the maps and different styles of play. 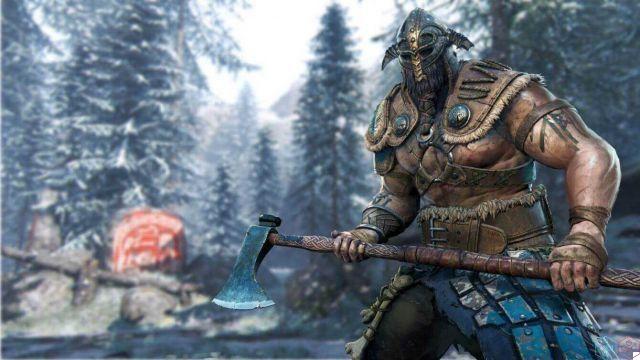 The "aesthetic" aspect of the title is good from every point of view, starting from the armor of the heroes to the game maps and passing through the particle effects

For Honor presents an excellent technical sector, whether we are talking about PC or console, the result remains far above expectations. Every detail is best managed and the frame rate it always remains or almost granite. THE character models they look good both in battle and in campaign cut-scenes.


even the sonoro it is confirmed to be of high quality and the use of headphones is highly recommended, in order to fully enjoy the effects generated by hits and parries.

Le civilians architectures they offer a soft and effective modeling of polygons, able to fully appreciate every detail. Even the particle effects of fire, explosions and rubbing blades are very well cared for. Less detailed atmospheric effects, where the result is often fluctuating. Rain, for example, is really too artificial and almost annoying, as opposed to the snowy setting which boasts an exemplary artistic and technical design.

In conclusion, I would like to promote without praise e without infamy this technical sector signed Ubisoft Montreal. 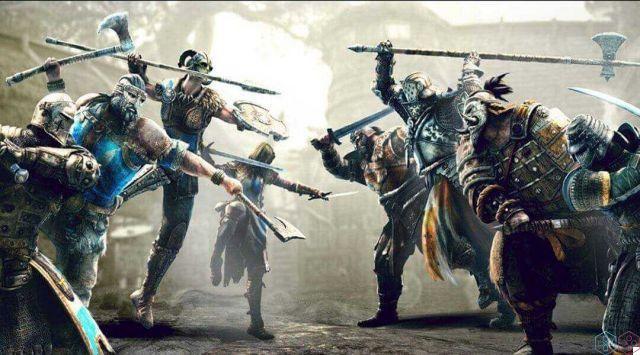 Once you have analyzed the campaign "segment" and have combed through the technical sector, it is time to talk about the most important part of For Honor: the gameplay

As anticipated before the gameplay di For Honor it is innovative from a technical point of view and well placed within the title, just a pity that so much potential is almost stifled by the game modes. In this part of the review I will focus on multiplayer, as the campaign is a small part of the project set up by Ubisoft.

The online game modes are three:, or domain, death-match e melee duel. Without going into too much detail of the modalities, you just need to know that in domain You will need to conquer three portions of the map to accumulate points and once you have acquired enough you will have to get rid of the enemy team. In the other ways instead you can face each other in single or team duels. In a nutshell we are faced with the classic methods of combat, conquest or prevarication of the opposing team.

I deliberately "cut short" on the game modes that have already been taken in ours anyway preview to be able to focus on combat system, as much appreciated as in my opinion wasted.

In For Honor the possibility of attacking from three different positions and the obligation to parry the blow from the side where it is launched makes everything more exciting, but unfortunately all the excellent work done is missing in a large part of the game. Only in duels one vs one there is the real possibility of fully exploiting the combat system, while in the other modes it will be necessary to rely on the team to succeed in defeating the opponents. If you find yourself against two enemies you will hardly get out alive, even using the mode "vengeance" (a bar that fills up after tot. hits suffered) that will allow you to take less damage and do more.

Essentially For Honor has all it takes to become one of the best fighting white weapon titles, but it misuses its potential. In addition there are also major problems with matchmaking and equilibrium among the "races".

More than once (if not always) the teams will be composed with random levels and we will have to face opponents with much more experience than us and equipped with better equipment than ours. Even the "races" are not very balanced with each other and soon the servers will be populated by Vikings and samurai much stronger than the others. However, these are "problems" that can be easily solved and suited to products of this kind, so I trust in Ubisoft to improve these drawbacks.

Get Even Review: What Are You Hiding Behind Your Memories? ❯

add a comment of For Honor review: white weapon revolution?