Get Even Review: What Are You Hiding Behind Your Memories?

Get Even is finally available, a thriller that focuses heavily on narrative without sacrificing action: will everything have gone right?

Get Even is the latest effort of The farm 51, Polish software house founded in 2005 and developer of titles such as Painkiller: Hell & Damnation and NecroVisioN. Published by Namco Bandai, Get Even is available from 23 June 2017 on PC (via Steam), Xbox One and PlayStation 4 (version we tested).

Get Even is a first person thriller in which we will interpret Cole Black, a man who has just woken up in an asylum with no memories other than that of unsuccessfully trying to save a girl tied to a bomb. Led by Red, an unknown doctor who claims he wants to help us recover our memory, we will be forced to relive our memories in a simulation created by a strange technology, a helmet attached to our head with the emblematic name of Pandora. Who we are? Who is Red? Where are we? What happened to the girl and what do we really know? These are some of the questions we will have to answer. 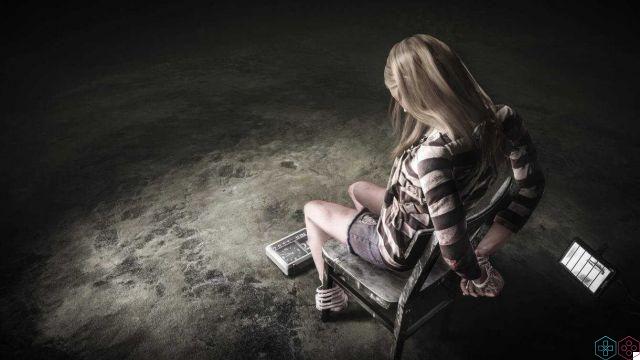 Get Even, don't call it fps

Having to divide Get Even into its basic game components we would find ourselves separating the experience into two macro sections: the exploratory phases and the action phases.

in exploratory phases we will have to inspect closed places, a set of corridors and small rooms that hide a whole series of paper notes to read or clues to be analyzed through our main ally: an extremely technological mobile phone. The device in our possession is equipped with multiple functions: such as a map that will indicate the presence of enemies quite in advance, an ultraviolet light that will show footprints and traces of blood or a scan of the environment to analyze DNA residues in a few seconds. . In these phases we will sometimes have to solve small puzzles, always simple but well constructed, with the help of the telephone functions.


in action stagesinstead, we will have to infiltrate various places defended by numerous enemies. Our favorite tool will become the angular gun, a weapon capable of firing at ninety degrees allowing the user to pull the trigger while remaining completely hidden behind a cover: the view of what is around the corner is guaranteed by the aforementioned mobile phone that will be hooked to the gun. However, these sections were built to be completed with more stealthy approach: within the simulation it is in fact possible, again through the phone scan function, to make specific elements of the scenario appear or disappear so as to create covers or passages to slide between the enemies.

Get Even so, although he always gives us a gun, it is absolutely not a canonical fps.

Let's now try to understand how the game behaves in these two sections. 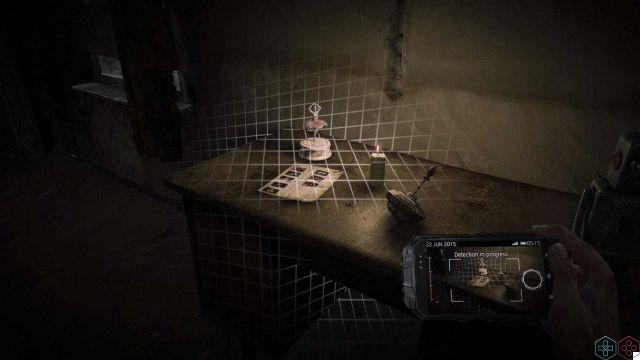 The crazy and intriguing side of Get Even

What absolutely succeeds at Get Even is create a pressing atmosphere that will charge us with tension and uncertainty. This will happen right from the choice of difficulty: the game shuns the simple "Normal" and "Difficult" by opting for "Sweet" and "Traumatizing". All the settings, especially those of the more exploratory phases, are disturbing and, without ever ending up in horror, they will keep us on edge, especially thanks to the masterful use of music and sound effects which will underline the highlights of the adventure.

From the first to the last second the narration will accompany us in a succession of clues and discoveries that will bind slowly and will allow us to understand who we are and who is Red, the mysterious doctor who acts as a guiding voice within our memories. Even when we begin to understand what happened, doubts will not leave us and the game will provide us with new questions to answer.. The story of Get Even, combined with its setting and general atmosphere, it is absolutely its main selling point.

The necessary but imperfect side of Get Even

Problems will begin to arise the moment we are forced to hold our angle gun. In the most action-packed moments, as already mentioned, we will have to try to opt for more stealth approaches: both because the game (and the narrator in the first place) will tell us to do it, and because solving everything at full speed makes progress uninteresting. This is due to the fact that Get Even's gunplay is absolutely mediocre, if not bad: Doesn't come close to any true fps in gun quality and feel. This lack, however, is clearly a choice: the developers have not bet on the shootings for their game. This would not be a problem in theory at all, after all even an ordinary Hitman loses all his sense if played guns in hand.

Unfortunately, in various situations, stealth will not be such an enjoyable and functional solution: the covers that can be created with the scan can only be activated from very close, thus making it difficult, at times, to create them without being seen and, as long as we have the map of the area with the nearby enemies marked, it will not always be clear in which direction we will have to move and how to do it in order not to be spotted.

We will then easily find ourselves involved in a firefight. In these situations, however, we will not be able to raise our heads and start shooting as if nothing had happened due to the very low resistance of Black who will perish with a few shots: we will therefore have to use the angle gun to eliminate the opponents while remaining in cover. The enemies are also totally devoid of artificial intelligence and they will just shoot us a little at random from their position, if they are close enough to us, or, if not, run from cover to cover without worrying too much about the shots we will give them in the meantime. 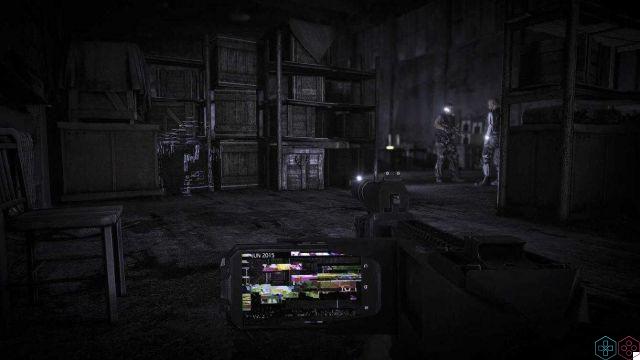 In the final stages, However, new stealth mechanics will be introduced which will be slightly more enjoyable although very simple: perhaps it would have been better if these possibilities of action had been usable from the beginning, although it is clear that this would have greatly speeded up progress. In fact it is quite obvious that these sections, while properly integrated into the narrative (after all we are talking about a violent crime and besides Black, we will soon find out, is comfortable with a firearm), they serve above all to create changes of pace. The game tries to avoid being classified as a walking simulator (terminology, which I consider unnecessarily incorrect, used to refer to all those titles that focus on narration such as Gone Home or Firewatch).

These sections, therefore, although they allow you to detach yourself from the exploration and reading of notes and documents, they do not make a particularly positive contribution to the overall experience.

The numbers of Get Even

On PS4 Get Even's technical graphics are not the best with sporadic low quality textures, polygonal models of people a little rough and with a framerate that can't keep up with the granite thirty fps: nothing overly annoying, but something remains to be reported. If it weren't for the quality style of many of the settings, the graphics sector would be another sore point of the game.

The adventure lasts approximately eight hours, but there is the possibility to replay each section of the game to look for the clues we have lost and then try to better understand what really happened. In this operation we are helped by the game that will present each level of the adventure as a blackboard on which the notes and documents found are posted: the missing clues will be indicated with a black box. Furthermore, completing a section will allow us to have access to hidden memories.
The game is well voiced in British English and features Spanish subtitles.

What will we remember from Get Even?

When you find yourself having to judge Get Even you have to try to make the positive sides converge with the negative ones. If on the one hand we have mostly passive sections that fully convince, on the other we find ourselves playing uninteresting action phases that at best will only be harmless and forgettable.

Get Even probably if he had managed to create more interesting changes of pace, he would have been a new benchmark for narrative adventures in recent years, as it is, however, the attempt has not been fully successful and a certain sense of regret remains. The game, as already mentioned, is of the highest quality as regards the narration, the setting and the sensations that it manages to give rise to in the player.

Personally I believe that the merits outweigh the defects and that Get Even can be a great choice as a next purchase for all those who want an intense and well done adventure that will keep them glued to the last doubt and the last question.

8 An imperfect but deeply striking memory

add a comment of Get Even Review: What Are You Hiding Behind Your Memories?