Titan Quest is back on all consoles and also on Switch. Here's what we can say about the old Hack 'n Slash

La first appearance of Titan Quest took place in 2006, under the aegis of Iron Lore, a software house that closed its doors a couple of years later. The work has obtained several updates over time, starting from Immortal Throne up to Ragnarock: at that point, however, the IP had passed under THQ Nordic. What, though, is Titan Quest?

The remarriage is easy: a Hack 'n' Slash that was able to "make a name for itself" at the time of its release, on PC, and which is now back on consoles in a full version of all the expansions and additions. We have tested it on Nintendo Switch and we are here to tell you if the work is still valid, as it once was. 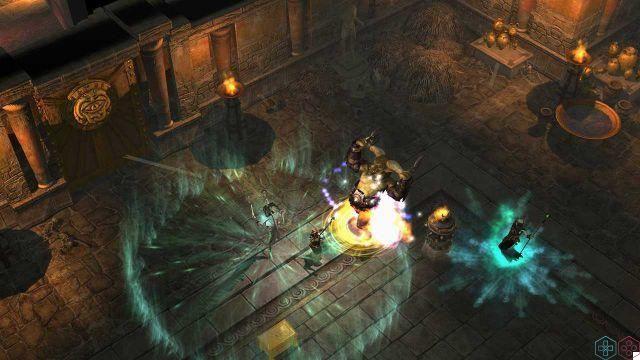 Titan Quest: if good morning starts in the morning… | Review

The game begins by allowing us to customize our character: unfortunately, like the original version, the only possibilities are the choice of name, gender and the color of the tunic worn. Already from this we can begin to notice how, comparing it with the most recent works, Titan Quest is lacking. Immediately the thought goes to Diablo III and the comparison is merciless. Obviously we cannot expect miracles or even substantial changes from a remaster, but nowadays the quality level that the average player expects is much higher than that of Titan Quest. We believe, in essence, that the conversion of this game has come out of time.

From the moment we create our character, until the end of the game, we will find ourselves giving blows to beasts, dead and so on and so forth. We will find ourselves having to defeat of the e Semida, Titans, beast of Duat and Hades and many other types of enemies. The difficulty of the game is by no means high, especially if you play in the mode multiplayer split screen, which remains perhaps one of the very few points in favor of the game.

Titan Quest: Hack 'n' Slash and RPG, but you can't have it all | Review

Titan Quest would like to be everything and defeat everyone, but only with a look full of nostalgia can you find the good in this work. The passion of the late developers has reached us but the quality, unfortunately, has been lost over time. The side GDR the game is not very exciting. A positive point is perhaps the flexibility you have in modifying your character's abilities. We should choose between several Maestrie which, however, are divided only into Physical or Magical. Each branch has within it different types of mastery which, like a matryoshka, have different skills within them. For example, the branch of Magic has the Spirit masteries which contain various abilities such as sucking life from the enemy. The game allows you to switch from one mastery to another, as long as they belong to the same macro area. 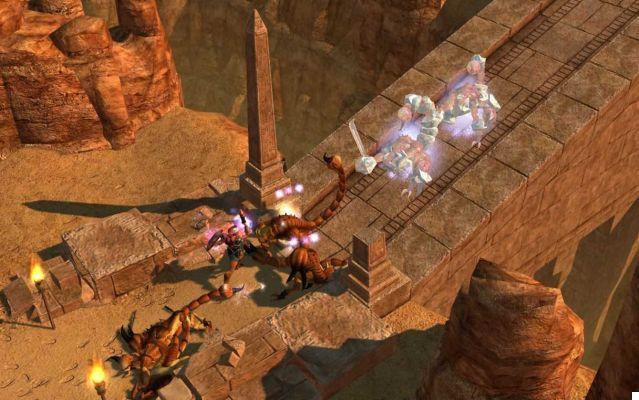 As in any game of this genre, the quality of the audio component must be judged on the basis of the sound effects of the attacks of the characters or on the environmental effects, which make the work more alive. There is nothing to complain about this, moreover the voices of the various characters are perfect. From a graphic point of view, the quality is not the same. The characters are characterized by an extremely low polygonal size: obviously we are talking about a 2006 game, but the visual impact is strongly negative and many will not be able to ignore it. In addition, at the moment of death, the enemies perform a particular animation, a kind of jump: a visual glitch that breaks the epicity of each fight. This is a hardly forgivable problem, given its constancy.

Titan Quest: too late and too little? | Review

The game could have achieved 10 and honors as far back as 2006, but the passage of time has been merciless. We would not have expected a revolutionary and revolutionary video game, but considering that THQ Nordic has been reworking the work since 2013, we would have expected something more from this remaster. Titan Quest is a not very revolutionary Hack 'n' Slash and, nowadays, it has to deal with heavyweights like Diablo III, in front of which it can only disfigure. The different types of multiplayer make Titan Quest get that extra point which, however, does not serve to obtain the sufficiency.

Review ToeJam & Earl: Back in the Groove ❯

add a comment of Titan Quest Review: Gods and Titans on Nintendo Switch