Review ToeJam & Earl: Back in the Groove

Born from a project launched on Kickstarter, ToeJam & Earl: Back in the Groove is a video game that re-proposes the experience of the first title in the series, but it didn't particularly convince us, let's find out why in the full review.

ToeJam & Earl: Back in the Groove was born from a Kickstarter funded project, developed entirely by HumaNature Studios, a studio born in 2006 headed by Greg Johnson, one of the developers of the ToeJam & Ear saga. The title is proposedIn fact, as the remake of the first video game in the series, released for Sega Genesis in the now distant 1991, with some changes to the gameplay in addition to the different graphics, but let's see together why he didn't attract us into his whirlwind of madness. 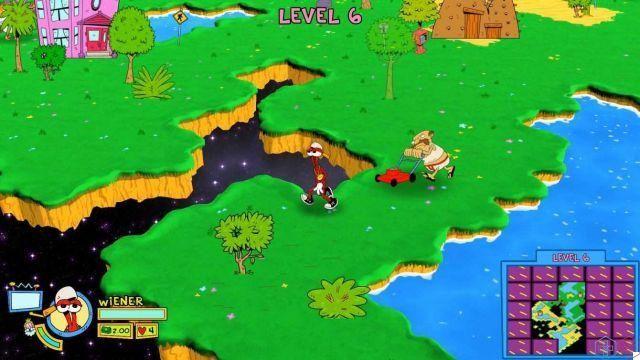 ToeJam & Earl: Back in the Groove, all very simple | Review

ToeJam & Earl: Back in the Groove is a roguelike action. An opening movie introduces us to the simple game plot. The four characters that we could use initially, apparently escaped with their ship, run into the Earth, deciding to turn up the volume to digress of the "Funk", but something goes wrong. Earl, in fact, presses the generator of black holes, thus creating various islets in which the characters will have to look for the various pieces of the ship to reassemble it, as it was destroyed by the fateful mistake.

The main goal of the whole gameIn fact, consists of going from one island to another to find the various sections of the spacecraft. As we have already mentioned, the game will initially provide us with 4 characters, including ToeJam and Earl from 1991, but gradually we will be able to unlock other 5, and each character will have different stats and bonuses. What is it that puts (or at least tries) a bit 'of spice to the gameplay? Gifts.


These are items that we can find around the map, inspecting bushes, trees, houses or buying them. We have various kinds of gifts and they can contain both bonuses that facilitate gameplay and annoying malus. Gifts can also be failures and we will be able to open them as they are, however, at the risk of getting a malus, or open them after having repaired them. So why should we voluntarily open a gift that contains a malus? The answer is simple given that almost all the gifts we collect will have an encrypted name, but we will be able to decode them by using other gifts called "Identify Gift" or by paying NPCs.

Well yes, there are various NPCs in the game, which can be our friends, or enemies. After a few minutes of play we will already be able to recognize which allies are and which are not, since the enemies will approach us with a threatening way, while the neutral NPCs will stand for theirs. 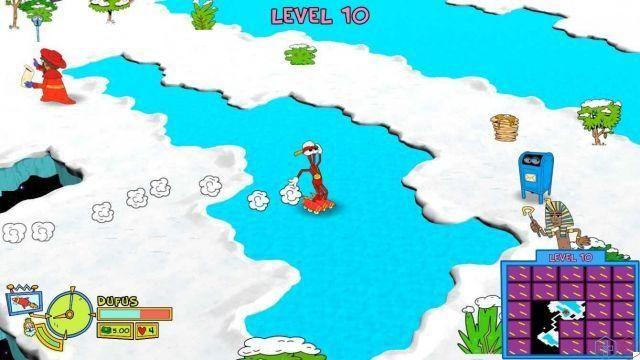 ToeJam & Earl: Back in the Groove, the anchor remained in '91? | Review

Among the various NPCs, there is one called "Sage" which will make us level. The tiered system it is very simple as each time we reach a new degree There will be random stat bonuses and a random reward. The prize will not be awarded to us only in this way, but also when we find a new piece of ship.


Around the various islets we can come across some mini-games, like the one based on rhythm, in which we should create a melody or press the keys at the right time, in order to win and receive various types of prizes such as money. Money is very important in this title, as it will be used to buy gifts or interact with the various characters, so that they help us or perform their functions, such as enhancing our gifts and so on.

But then, because it made us turn up our noses? The reason is simple. The development of a remake or, in any case, of a title similar to a predecessor is always a great challenge, both because there will be players loyal to the series who have high expectations, but also because there will be newbies ready to try it, which maybe they have never played a similar title and, therefore, find themselves displaced.

We tested it lunge, knowing the nature of the game and its predecessor, but the thing we really didn't like is the fact that, played nowadays, it does not offer a very fun experience. This is not the result of a job done poorly, but of a job mainly focused on bringing back a title dated to the present day, with a fresh graphic design, but with really slow and boring playful times, which were once justified by the power of the platforms themselves.

ToeJam & Earl: Back in the Groove, tecnicamente bellissimo | Review

ToeJam & Earl: Back in the Groove offers a really great viewing experience. With cartoon graphics and bright colors, the guys at HumaNature Studios have really hit the mark, optimally renewing (unfortunately only outwardly) the original '91 game. Also the characterization of the characters is really well done, with the characters having their own way of doing, their own character and a different visual impact on each other.

The dialogue strips that appear on the screen are, unfortunately, very few. This is unfortunate since often they are scurrilous and, combined with the rest, create a light-hearted atmosphere, sometimes even tearing a few smiles. As for the sound, the game shines, offering a “funk” soundtrack that goes perfectly with everything else, making your gameplay more enjoyable.

ToeJam & Earl: Back in the Groove, l’ultima isola | Review

ToeJam & Earl: Back in the Groove is, therefore, a video game that will be appreciated mainly by fans of the saga as it offers an experience very similar to the first title of the series released in '91 and, therefore, is definitely not in step with ours. times. We would have definitely preferred that, in addition to the technical side, the gameplay had also been renewed more, albeit without distorting it, but making it more enjoyable.

5 Done well, but you have to rewind the anchor

add a comment of Review ToeJam & Earl: Back in the Groove