Tell Me Why Review - Episode 1: Homecoming

DONTNOD Entertainment has jumped to the headlines for the first, very successful Life Is Strange. Maxine Caulfield and Chloe Price's adventure was a powerful tale about friendship and adolescence, capable of bringing to the screen a glimpse of rare and precious everyday life. The developers managed to demonstrate that even everyday actions can be interesting subjects for the creation of a video game.

Now, five years later, here we are in front of two new characters, Tyler and Alyson, again struggling with situations of simple normality and with mysterious supernatural powers. Advertised as one of the first titles to deal directly with the issue of transsexuality, Tell Me Why will be divided into three episodes with a weekly release, the first of which we will analyze in this review. Let's see together how it went.

The weight of an exclusive

Tell Me Why is in effect an exclusive of the Microsoft ecosystem. It will only be released on Xbox One, Xbox Series X and PC, and is available from day one on Xbox Game Pass, the formidable subscription service carried out by the Redmond house which allows you to try hundreds of titles at a negligible monthly price. After a turbulent generation, it's nice to see how Xbox Game Studios are working hard to bring a whole range of diversified and quality products to users.

The latest DONTNOD experience, in fact, would not be enough, on its own, to justify, say, the purchase of a console. If we consider that it is part of a boundless exit plan which only this year gave us valuable titles such as Ori And The Will of The Wisp and Microsoft Flight Simulator, however, here we cannot fail to greet with pleasure the arrival of such a project.


As we will see in this Episode 1 review, Tell Me Why appears to be a valid addition to the Game Pass catalog, never as varied as it is today. 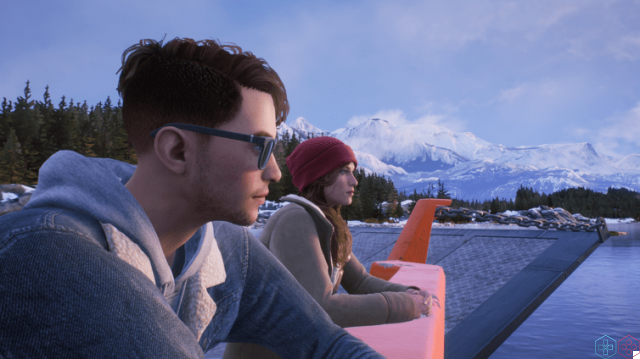 The Story of Two Brothers - Tell Me Why Episode 1 Review

In this review we will deal with explaining how Tell Me Why (episode 1) is, first and foremost, the story of a brother and sister. Tyler and Alyson haven't seen each other in many years. A dark and unknown past to the player has divided them, at least until Tyler returns home to Alaska to sell the family home with his sister, long since uninhabited following the death of their mother. Once again, therefore, it seems that DONTNOD wants to tell above all episodes steeped in everyday life, proposing a poetics that lives on small moments and dialogues with a subdued and colloquial style.

To liven up the situation a little, as usual, a sprinkle of the supernatural. Tyler and Alyson can communicate telepathically with each other and relive their memories as if they were one person. In addition to the obvious gameplay implications that we will analyze shortly, this particularity ends up putting further emphasis on the relationship between the two brothers, capable of touching, in this first episode, some very delicate strings. Tell Me Why is without a doubt the most mature work in terms of themes and screenplay proposed by DONTNOD so far.

The dialogues, even with the other supporting actors, represent the strong point of this first episode. Those between the two brothers, often made even more intimate by the power of the Voice - as their telepathic ability is called - are undoubtedly the best and will be useful in discovering what really happened in their past. The other inhabitants of the village where the first chapter is set, however, seemed equally valid. The feeling of visiting a small town where the life of the individual ends up (with) merging with that of the community is very strong and brings to mind some intuitions already seen in a TV series like Twin Peaks.


The final effect of the first episode is perhaps a little phoned, but it does not affect the good quality of the writing of the authors. After all, Tyler's transsexuality is approached with such sensitivity as to avoid any cliché relating to the subject.. This is not the pivot of the work, and I would almost not want to talk about it explicitly, as it sometimes seems well hidden in the folds of the narrative. Tell Me Why is a story about accepting oneself and one's past, which also passes through the knowledge of one's own sexuality. But it is, after all, just one of the many aspects of the canvas painted by the French development team. 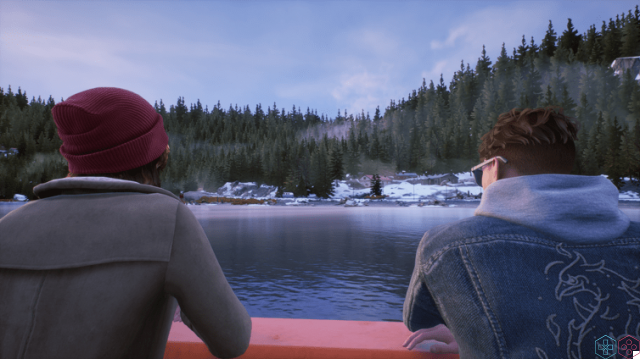 Play and interact - Tell Me Why Episode 1 Review

The core of Tell Me Why's gameplay is, of course, the exploration of the different scenarios that the game will present us in the course of the adventure. We will alternate very often between Tyler and Alyson, but the two brothers will rarely be separated. Often, in fact, in addition to observing the setting, reading post-its, talking with non-player characters and everything we would expect from a graphic adventure of this type, we will have to resort to the power of the Voice. The telepathic connection between the two brothers will allow us to choose the answer to give the interlocutor in silence, after having listened to the opinions of both protagonists.

This bipolar dialogic structure makes the advancement very dynamic and interesting. The French software house, moreover, has worked hard to make both the environments and the characters equally alive. In one of the opening sequences, for example, we will have to explore the ferry that will take us home. As the craft moves slowly across the water, Tyler will be able to converse with his sister about their past, inspect the bulletin boards and chat with another passenger. As time is limited, it will be easy to miss some interesting details.


The dynamism of the environments and situations is accentuated by the sequences in which Tyler and Alison will have to evoke some old memories in synchrony. Each of the two brothers will often have a different version of events, and it will be up to the player to choose which of the two to give credit, influencing the continuation of the investigation and solidifying their relationship. The really meaningful choices for the plot, however, seem a bit few for now, and one would have to wait to see what happens in the next few episodes to get a clearer picture. 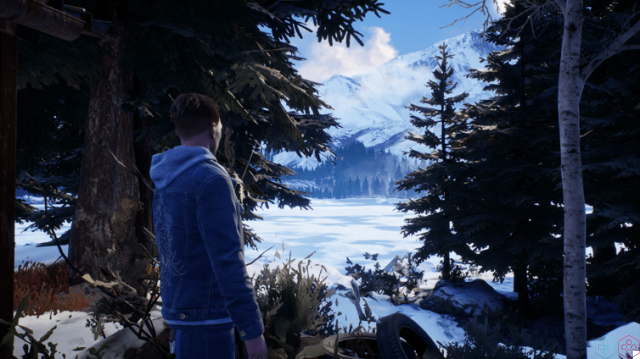 A recognizable style - Tell Me Why Episode 1 Review

The aesthetic and graphic aspect of Tell Me Why follows what has been seen in the past in other productions of the French team. It certainly cannot be said that the Unreal Engine 4 is at the top of its form, but it must be said that DONTNOD has cleverly played with the use of colors and graphic filters to make your product very pleasant and warm. The character models are hatched in a more realistic style than in the past and feature more detailed surfaces, but they still show the side to somewhat inexpressive facial animations and quite woody movements.

The audio sector, on the other hand, is certainly of a good level. The dubbing, exclusively in English, is excellently acted, while the sound accompaniment, compared to the Life Is Strange series, presents more delicate and intimate themes, in accordance with the themes dealt with by the adventure. The aesthetic direction typical of Dontnod titles is also present here, therefore, accompanied by very solid performances. On Xbox One the title runs at thirty frames per second granite, with short loads and practically no bugs, while on PC the situation is obviously even more rosy, with the achievement of sixty frames per second - useless, given the type of game, but however very pleasant to see. 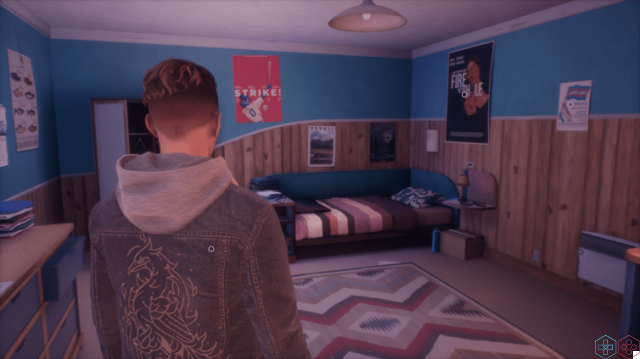 A pleasant surprise (for now)

The Tell Me Why Episode 1 review ends here. The potential of the DONTNOD title is undoubtedly many, and we were pleased to see how its narrative component - the most important - is very successful. The dialogues are intense, permeated by a delicacy that is difficult to find in other similar products, while the relationship between the two main protagonists is successful and touching. Tell Me Why is perhaps proof of the maturity of the French studio, but only the other two episodes coming out in these weeks will give us the definitive confirmation.

Tell Me Why is for now a very interesting addition to the Xbox Game Pass catalog and is just one of the many surprises offered by Microsoft in this unfortunate 2020. The Redmond house is determined to differentiate its offer as much as possible and, for now, apart from some communication slips, she has succeeded in full.

Have you played Tell Me Why Episode 1? Let us know in the comments and stay tuned to techigames for any news on your favorite titles.

add a comment of Tell Me Why Review - Episode 1: Homecoming