Here we are at the review of Episode 2 of Tell Me Why, the interesting graphic adventure of DONTNOD exclusively for Xbox and Windows

After analyzing the first part of the story of Tyler and Alyson, we are here again to see how the affairs of the twins will evolve. The latest adventure developed by DONTNOD - the authors of Life Is Strange - has numerous arrows in his bow, as well as a very convincing character writing and some moments with a sure emotional impact. Its episodic structure, however, could present a considerable problem if handled hastily.

After receiving important revelations about their past, Alyson and Tyler continue to explore the small village of Delos Crossing in search of the truth about their mother's death. As often happens, however, it is not always easy to find an answer to a tragedy that affects an entire community. In such a small and remote place, perhaps, the pain of an individual is also reflected on the people who inevitably cross his path. Is there really a culprit? Let's try to find out in the Tell Me Why Episode 2 review.

As many of you may already know, Tell Me Why is unique to the Microsoft ecosystem. This means that the new adventure of DONTNOD is available exclusively on Xbox and Windows operating system. The game is also present from launch on the Xbox Game Pass subscription, the formidable service made available by Microsoft that allows you to enjoy a very large catalog of titles at a ridiculous price. The production of high-value titles, such as Microsoft Flight Simulator and Gears Tactics makes the subscription practically a must for anyone who owns an Xbox ecosystem platform.


The presence of a very particular title far from the very homogeneous standards to which Microsoft had accustomed the user can only please. With the presentation of the new Xbox Series S, moreover, theat the home of Redmond has explicitly stated that he wants to embrace a wider and wider range of buyers, also thinking of the more casual players.

In short, as we will see in this review, Tell Me Why draws strength from its presence within the Game Pass, but the exchange also works in reverse. 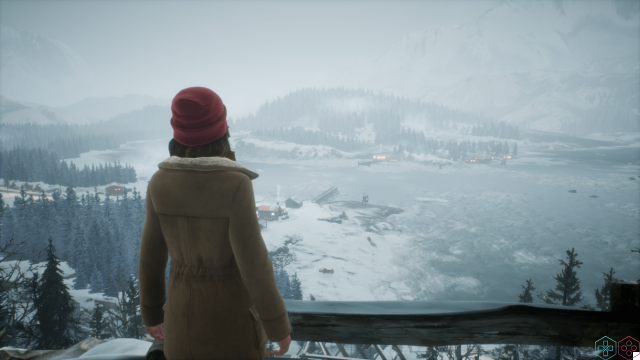 "Family secrets" is the title of Episode 2 of Tell Me Why, which we will deal with in this review. The development team could not, in fact, find a more apt one. Solved the introductory needs of the previous chapter, now the writing immediately focuses on the troubled relationship of the twins Tyler and Alyson with his own mother, Mary-Ann. The introductory sequence, after all, dwells (perhaps too much) on the feelings of the two brothers towards a past which, suddenly, does not seem to be as clear as they thought.

Hidden among the plots of a supernatural thriller, the true theme of DONTNOD's work continues to be the relationship of the main and secondary characters with a traumatic event of which the brain seems to continue to remove the fundamental details. Compared to the previous episode, Family Secrets takes the form of a frantic search for a fact that can give meaning to the family and personal tragedy of the Ronan brothers.

As we will find out by chatting with the other supporting actors, however, it is not always possible to find a culprit. The points of view on the death of Mary-Ann will be multiple and will contribute to increasing the confusion of the protagonists and the player. The greatest merit and greatest flaw of Tell Me Why is perhaps right here. On the one hand the sentimental reconstruction of the characters is carried out with great skill, with introspective dialogues with a powerful lyrical impulse; on the other, crime fiction is treated in a more superficial way.

If the genre of thriller is the search for a killer, Tell Me Why is a little more than mediocre thriller. The title DONTNOD struggles to get the reader - oops, the player - interested in solving the mystery, with slightly banal twists that partly ruin the excellent work of characterization of the characters. Obviously we must take into account the possibility that the game manages to surprise us with a more eventful final episode. For this, however, we will have to wait.

It is therefore not surprising that DONTNOD intends to insist again on the cross-sections of everyday life. Precisely in moments when it is the banality of everyday life that takes over, Tell Me Why gives the player the strongest emotions. Perhaps it makes no sense to look for the answers to an unsolvable question, when all the answers are hidden in the cyclical nature of work, in the pleasure of waiting or in the company of a friend. The twilight of Tell Me Why is undoubtedly the best aspect of the production, even when showcasing very convincing relationships with supporting actors. 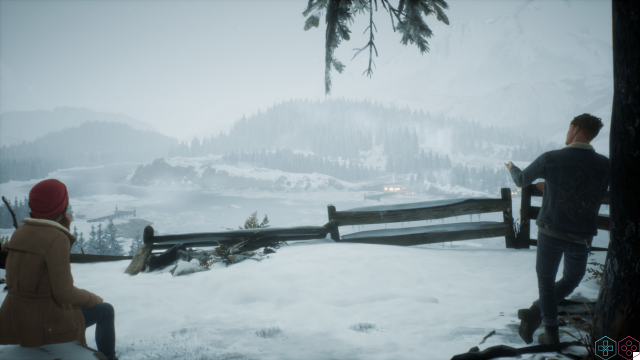 So Many Little Things - Tell Me Why Episode 2 Review

The playful formula of Tell Me Why, of course, hasn't been changed one iota. The player, now in control of Tyler, now in the role of Alyson, will have to explore some environments, interacting with them and talking with the characters inside them. Compared to the past episode, DONTNOD has well thought out to introduce some slightly more lively sections to vary the pace of the action, succeeding widely.

Let's be clear: Tell Me Why remains a title with a staid rhythm, which asks the player to take some time and enjoy the moment, rather than running like mad towards the epilogue. Helping in closing a shop, or answering the phone, or shopping: in these moments happen to think about the little things that characterize the life of human beings. The narrative themes and the playful dynamics end up merging into a convincing and coherent amalgam, which continues the line of thought already undertaken with the adventures of Max and Chloe, in the wake of Shenmue and other titles that have told reality through a microscopic lens . 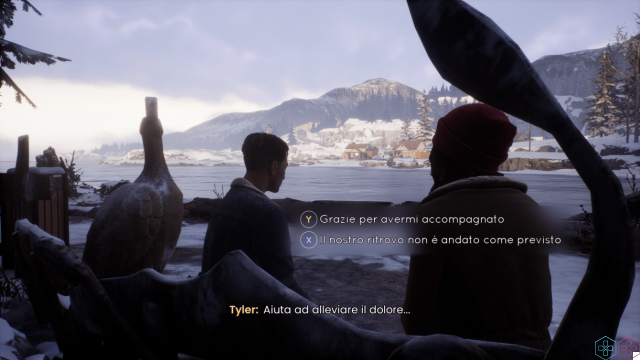 Even the artistic and aesthetic direction continues to confirm itself as very valid. The Unreal Engine 4 manages to offer the viewer a satisfying visual rendering, with very detailed polygonal models and well-made textures. On Xbox One, as usual, performance is firmly anchored at thirty frames per second, while on PC, sixty frames per second are easily exceeded, with the settings set to the maximum of possibilities.

We have no particular changes even with regard to the purely aesthetic aspect: Delos Crossing is a place that lets itself be experienced by always proposing the same settings, however, enriching them with new meanings in relation to the evolution of the plot. DONTNOD is a master in creating places with soft lighting able to make the player dream by observing distant horizons and snapshots of everyday life. The dubbing remains of a good standard, as well as the sound accompaniment. 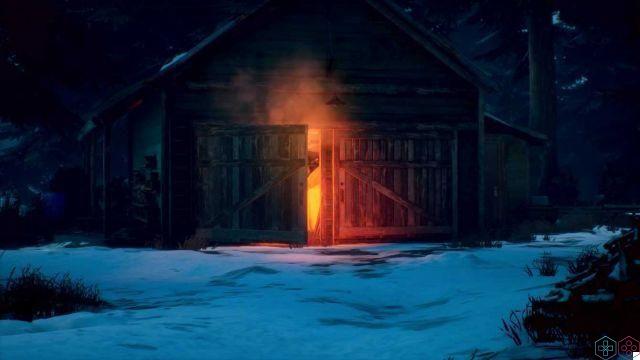 The meaning of things

Episode 2 of Tell Me Why, as we explained in the review, clarifies the direction taken by DONTNOD. Family Secrets stands as the obvious continuation of Tyler and Alyson Ronan's story, taking up and enhancing the themes dear to the French software house and deepening the characters, albeit with some stumbles as regards the side of the plot closest to the thriller genre. However, the characterization of the supporting actors and the two protagonists remains excellent, carried out by natural and touching dialogues.

Xbox Game Pass, between a Gears Tactics shooting and a chat at the supermarket, therefore, is enriched every month with more exclusive products, going to settle the variety of Microsoft's offering. Which, even in relation to the recent news on its upcoming consoles, is undoubtedly excellent news.

Did you play the first two episodes of Tell Me Why? Let us know in the comments and stay on the pages of techigames to find out how the story of the two Ronan twins will end.

7.8 The beauty of little things

The Ascent review for Xbox One: the rise of RPGs? ❯

add a comment of Tell Me Why Review - Episode 2: Family Secrets