In this review we will talk about Rustler, the game developed by Jutsu Games that aims to bring the mechanics of GTA into a medieval setting

Over the years, some franchises have been able to determine the trend economic and aesthetic of the videogame industry. It is about hugely successful sagas, which have guaranteed developers and distributors huge profits and, last but not least, thousands of hours of fun for fans. The saga of Grand Theft Auto it undoubtedly falls into this category.

It is therefore not surprising that Jutsu Games has tried with Rustler  to recover the typical mechanics of the first chapters of the iconic saga created by Rockstar Games. However, the developers have not limited themselves to taking a cue and have tried, through the use of an original setting, to affirm the uniqueness of their title. In fact, the events narrated by the game take place within a anachronistic Middle Ages, in which the clichés of the historical period are flanked by typically modern elements. Let's find out together with this review if Rustler is able to shine with its own light.

As mentioned at the beginning of the review, Rustler is set in a generic medieval kingdom, which the player explores through their avatar: Guy, a horse thief (a rustler, in fact) of humble origins. Together with Buddy, his companion of misdeeds, the protagonist decides to try to pass himself off as a noble and participate in the tournament with the hand of the princess and control of the nation at stake. To be put into practice, a bold plan like this one needs a considerable starting capital, and to secure it Guy is forced to take part in several criminal acts.


As for the construction of the story, the game proposes one facts version in medieval sauce of the classic storyline of Grand Theft Auto (Vice City is the title that immediately springs to mind) but, to differentiate yourself from the product from which it draws inspiration, try to tell it using a personal tone. However, the operation was only partially successful, above all due to the imperfect management of vulgar humor, which on more than one occasion is obvious and ineffective.

The lack of depth of the characters and the general lack of attention to the setting appear as a mistake at first glance. However, if you pay more attention, you realize that this lack of detail derives from a precise choice of the development team, which it uses simple narrative codes to give immediacy to the title. The operation, although it allows the player to immediately immerse himself in the dynamics, at the same time leads him to lose interest already after the first hours of play. 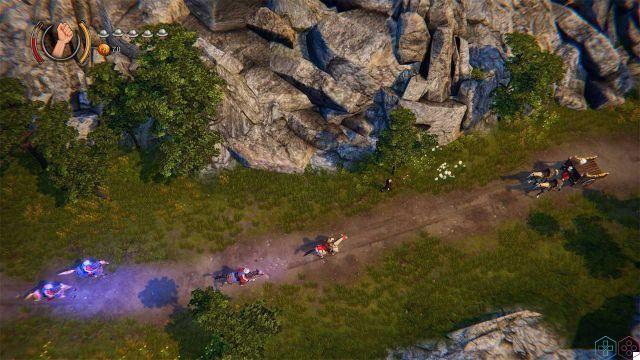 Il gameplay of Rustler stands out for its simplicity and, like virtually every aspect of this video game, it draws inspiration from the Rockstar saga dedicated to car theft. From this he takes up again the way in which the police (in this case represented by the royal guards) respond to the crimes committed by the protagonist. Their response varies according to the quantity and severity of the actions committed. The easiest offense to carry out is obviously the theft of means of transport, which in this case are limited to horses and chariots.

Original but badly managed are the actions that the player can perform for escape capture. In fact, you have the option of removing posters with your size from the walls or passing by a building to change the appearance of your horse or cart. The problem consists in the fact that these actions are effective even if carried out in front of the officers; therefore there is no need to run away to sow one's pursuers, it is sufficient to prevent them from knocking us down during the short journey that separates us from one of the useful points to unmark us.

As regards instead the missions, these can be found in various points of the map - whose position is always indicated by arrows - and allow us to accumulate the money useful to carry out the main campaign, in turn divided into objectives. Despite the different sources from which the assignments derive, the actions we should take to carry them out are more or less always the same: in most cases, you will have to steal something, beat someone or commit a crime.

This monotony doesn't make the game boring though. Rustler, thanks to its extreme simplicity, is capable of give a few hours of fun to the player. The main problem deriving from the repetitiveness of the quests concerns longevity, which obviously suffers. To make the situation worse there is the chaotic combat system, which makes the numerous white weapon fights in which the player is involved less enjoyable. 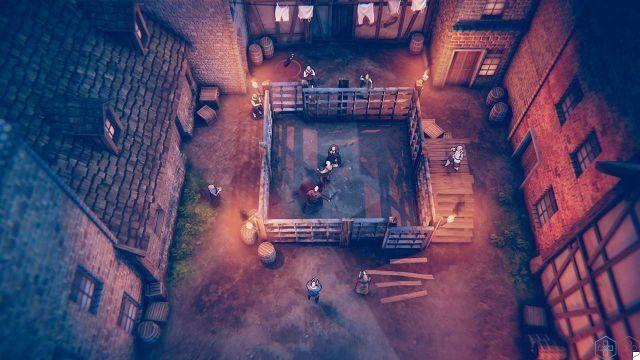 An all too familiar Middle Ages - Rustler Review

In this review, reference has often been made to similarity between the first chapters of GTA and different aspects of Rustler but, as far as aesthetics are concerned, the game made by Jutsu Games has tried to distance yourself from his source of inspiration. The developers, however, did not want or were unable to take their choice to the extreme.

The middle ages of this game it looks too much like modern-day Americai, especially as regards the city, which is decorated with graffiti and inhabited by characters who have only the dress of antiquity. It would not in itself be a defect, were it not for the fact that this mixture of modern and medieval, rather than communicating an aesthetic idea, appears to us as theyet another wink to fans of Rockstar video games. the countryside areas are rather generic.

From a purely technical point of view, even the graphics it is evidently inspired by the first chapters of the GTA franchise; it is in fact a 3D with a viewpoint from above that, just like in the original Grand Theft Auto of 1997, positions the camera at a considerable distance from the action. Apart from the nostalgic reasons, the choice does not appear justified, as it hides the already few details of the environment and, on some occasions, makes the action difficult to read. 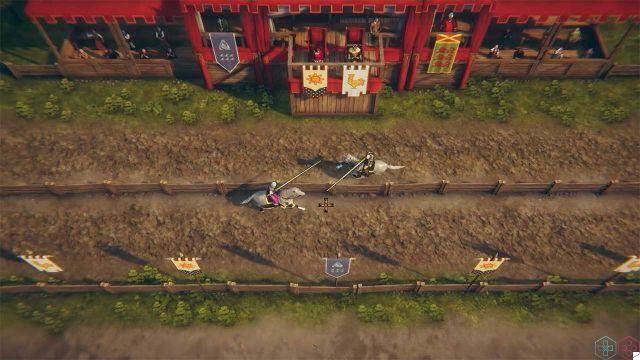 At the end of this review, we cannot help but note that Rustler, more than a tribute, is a authentic imitation of the first chapters of GTA. The medieval setting, which is the only original element, is not exploited in such a way as to confer originality, while the gameplay is identical to that of the video games from which this takes an example.

This means that, for those who are looking for a gaming experience that follows that of the first chapters of the famous saga, Rustler could be the perfect product. Even for them, given the little variety of its contents, the title cannot guarantee more than a few hours of carefree fun.

Rustler, whose distribution is handled by Modus Games and PlayWay, was released on Tuesday 31 August and is available for Nintendo Switch, PlayStation 4, PlayStation 5, Xbox One and PC. Keep following us on techigames to read reviews, previews and insights on the best video games of the present and the past. If you are interested in buying this or another title, we suggest you take a look at the vast Instant Gaming catalog.

Sable review: the pleasure of travel and exploration ❯

add a comment of Rustler Review: More an imitation than a giveaway