Sable review: the pleasure of travel and exploration

Fasten your seat belts and hold on tight, that today with this review we will get on our motorbike to embark on a journey in the arid desert of Sable, to discover all the villages that inhabit it and all the mysteries that it brings with it

There are many video games today that borrow, more or less covertly, mechanics and ideas from other previous titles. Indeed, if we really want to be picky, I think it is impossible to find something like this among the games released in recent years revolutionary to be totally new in the landscape: it can be said with a good dose of tranquility that every experience that we can find in the videogame world today has a archetype, something that came before and that somehow inspired her, even if only remotely.

We need this preamble to present the game that we will see in this review, that is Sand. Developed by Shedworks, a young development team of just two people, and published by Raw fury (Call of the Sea, Bad North), the game takes various mechanics from other more famous titles, and then makes them its own and transports them into its world, creating, almost paradoxically, a unique and wonderful experience. Read on to see all the details, so you can see if the game is right for you!

Sable for a walk in the desert

In short, for those who are short of information, how can we describe Sable in this review? We know that the game was originally announced during the PC Gaming Show del 2018, and that for its particular and unique appearance managed to attract the attention of one discreet array of gamers. More specifically, it is a third-person adventure, in which we will play the role of Sable, a young woman who is part of the Ibex village who will have to undertake his own Planata, or rather one's own ritual journey. During this journey, Sable will have to find his own mask, to understand what his place will be in society. 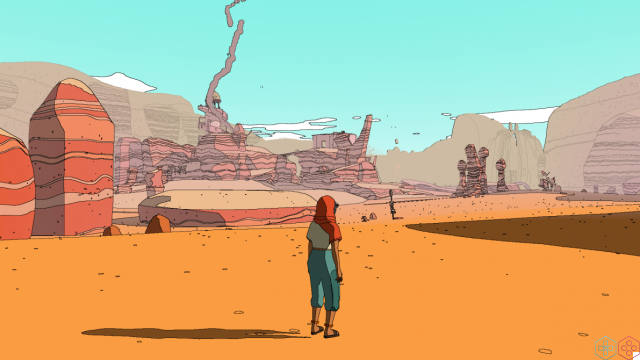 As we will therefore be able to notice very quickly, the masks are in fact a fundamental element of popular traditions of the villages that populate the desert world of Sable. In general, traveling through the game world, we will discover many of these aspects and details related to the various tribe. While usually even the most boundless of open worlds has one main story to be preponderant with respect to other activities, in this case the same phenomenon does not occur.

What we will therefore just do is explore in total freedom, and possibly do some small mission from time to time to help the local inhabitants. This gives the experience an extremely relaxing and pleasant atmosphere, given by a generally slow pace, which takes its own time, but which allows the player to enjoy this journey in the best possible way.

This sense of relaxation and peace Various other aspects of the game also convey it to us. The excellent soundtrack made by Japanese Breakfast, but also the total absence of fighting and clashes contribute to giving that sense of the game experience. It then becomes a journey into the unknown, in search of the secrets hidden in the earth, but also, in the case of Sable, in search of themselves and their place in the world. 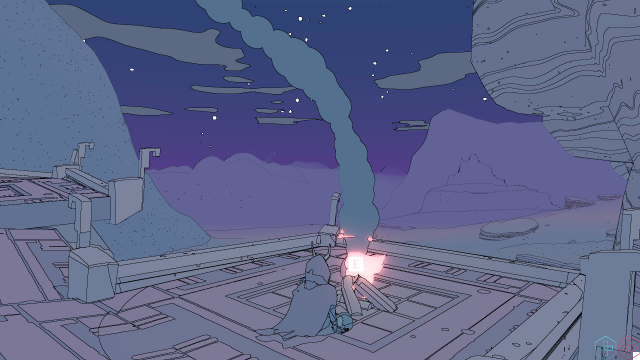 On foot or by motorbike - Sable Review

From the first minutes of play with Sable, it will be impossible not to find several points in common with the much more famous one Breath of the Wild. The possibility of climb almost all of the walls (with the stamina bar as the only limitation) e to glide are two mechanics of gameplay which were awarded to the title of Nintendo, and that in Sable they have been reproduced in an almost identical way.

In addition to exploring on foot, the use of Simoon, that is yours hoverbike. Your medium has also been given a name for the energy contained within it mystique, and will be your primary means of transportation for the traveling long distances, across the vast desert areas. During your trip, you will have the opportunity to buy motorcycle parts to replace the standard ones: these, in addition to an aesthetic customization, will modify the vehicle's statistics, allowing you to create your ideal vehicle between speed, acceleration and handling. 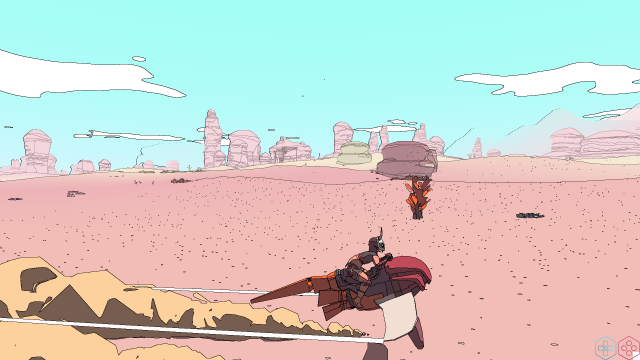 As for this section of the review dedicated to the gameplay di Sable, there are some technical imperfections that need to be talked about. If, in general, the experience runs almost completely smoothly with almost no hitch, some can be annoying imperfections as far as they concern the character and camera controls.

The latter tends to be difficult to manage in narrower environments, ending up getting stuck in the surrounding polygons creating bad visions, while the control of the character has problems of inaccuracy (especially in climbing) which can result in annoying glitches to the eye or in involuntary falls. 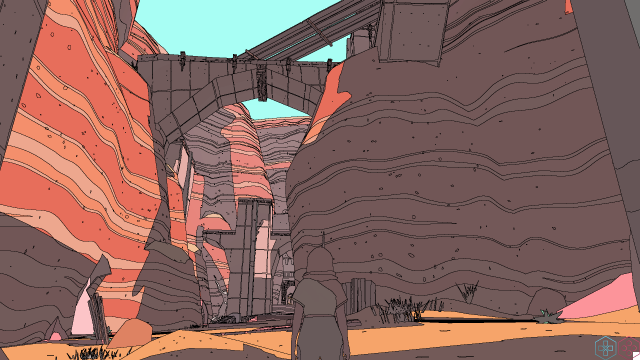 In addition to the light ones technical problems however, what lies ahead is a vast world to explore with his graphic style which allows to increase the wonder of the player. With a choice of colors treated in detail and with those contours defined by clear black lines, each frame of Sable will seem to us to come from a wonderful graphic novel.

La world building game, also attributable to the famous Breath of the Wild (but also to other titles), is designed in such a way as to always give the player a sense of curiosity. In every structure that has fallen into disrepair, in every building, in every point of interest they hide secrets important to be discovered. Among new clothes with which change the look of Sable, the masks to collect, secrets that deepen the lore of the game world and much more, there will always be a place of interest where it will be worth a visit to the game. 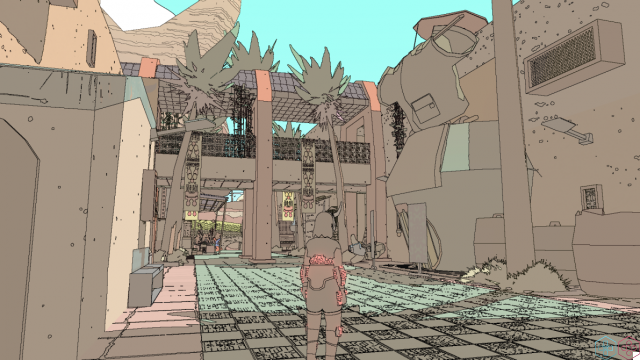 Doing a quick rundown, we can confidently say what to talk about Sand it means talking about a video game atypical. While it incorporates some of the best elements from far more popular games known for being innovative, some choices may turn players away. The choice not to enter no fighting, and therefore no context of action, together with a generally slow pace and a graphic style initially a little alienating, surely there are those who could approach such an adventure with a little fear. But, moving beyond these elements (and, indeed, accepting them as the added value of the work), we will find ourselves in a contemplative journey, looking for a goal but happy to be able to explore a world full of secrets to discover.

So at the end of this Sable review, the ball is up to you. What did you think of it? Do you share this thought on Sable, or do you have a different opinion? Waiting for your comments, we just have to invite you to stay tuned on the pages of techigames. If, on the other hand, you prefer to buy game keys at discounted prices, you can do so by going to Instant Gaming.

8.5 A beautiful contemplative journey into the desert

Sakuna Review: Of Rice and Ruin, between plantations and blows ❯

add a comment of Sable review: the pleasure of travel and exploration