After a fantastic single player rockstar experience he offers us the final course, the dessert that could not be missing. Red Dead Redemption 2 Online is a fantastic addition to a title that has given users tons of hours of gameplay. Still in Beta, we have tested it for you, and we will tell you about it in this review

Yes, after a month of waiting, the Red Dead Redemption 2 Online public beta. This is a free addition to the base title that expands both the longevity and the gaming experience. The map is the same as in the base game, in every detail, what changes is what happens in the game world. Let's start by saying that, from the point of view of the available missions, the world is a bit thinner than what we were used to. Although the world is full of NPCs, these will not be as interesting as they were in the base game as they are no longer related to the "openworld quests". The most intriguing NPCs are related to the main quest of the game. 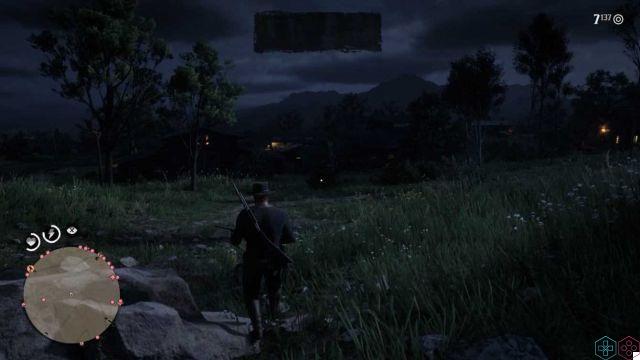 The other players are in the squad

Interesting, even if to a lesser extent, the various "employers", NPCs who, depending on the level of honor of our character, will assign us some missions. The lack, for now, of the openworld quests a bit sorry, it would have been nice to find them also in the online version. Additionally, there is no hunting for legendary creatures. Nothing tragic, but we hope that these quests will also be included in the future: they would be interesting to face together with your friends.

We found the main quest very sparse in content. It seems to live only a short introductory tutorial where the differences with the off-line version of the game are highlighted. InterestingInstead, the visual personalization system of the character. Very simple and intuitive, but at the same time capable of generating any aspect the fantasy desires. During our test we have never met two players with a look that could be vaguely similar.

After the main quest, which has seen us busy for a short time, compared to what it would have been legitimate to expect, we were a little confused. At first it seemed to us that the Free Roam mode offered little. Wandering around the map we found several quests assigned by some NPCs and various tertiary chores such as hunting, fishing (aimed at survival more than anything else). While performing these "chores" we may be helped or slowed down by other players.

The surprises, however, were not long in coming. Going to customize our character, from the point of equipment and aesthetics, we realized that it was not possible to unlock everything immediately (for example by accumulating a lot of money to immediately buy the best horse) but, it was necessary to carry out several level UP to be able to do that is. 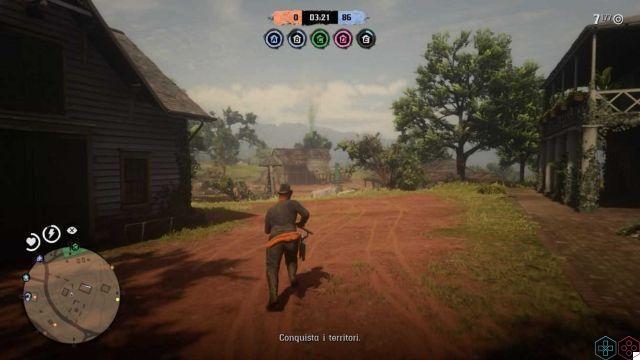 Our character has 100 levels available, each of which will unlock certain purchase possibilities and more. Levels 5, 10, 20 and 40 will unlock a slot to which we can assign a card. The first slot concerns the dead eye (which online is obviously less efficient than it was in the basic title since it does not stop time), with an active type skill that can be associated with its use. The other three slots are about passive skills. These skills (including the active dead eye one) are customizable through cards. These cards can be purchased and then upgraded up to a maximum level of three.


In addition, it will be easier to gain (or lose) honor than in the base game. Furthermore, the in-game currency is not just the classic banknote: to this are added the ingots. Some items will only be available for purchase through ingots and only from a given level. This makes it Red Dead Redemption 2 Online Beta un po’ GDR. Our main task will be to level the character to become more and more competitive compared to other players. Free Roam mode alone is not enough to level quickly. In this regard, various game modes have been included to ensure level UP and other things to do! 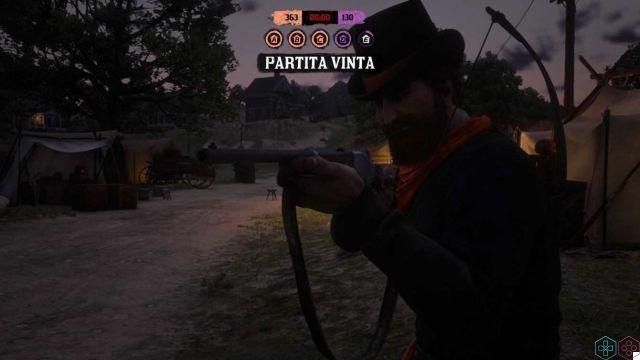 … Even without a storyline - Red Dead Redemption 2 Online Beta | Review

Le Game modes other than Free Roam do not attempt to have a storyline. This is not bad, quite the contrary. The total absence of narration in these modes makes them extremely entertaining. These will be accessible directly from the menu or in specific points of the game map in Free Roam mode. Also, while we are out and about, it will be possible to participate in events generated randomly by the server. These, not related to the area, will be immediately accessible regardless of our position on the map. Always in the course of our wandering in Free Roam it will be possible to duel with other players.

The duels can be both 1vs1 and in groups (called "Posse" within the game), and one against all if we decide to face a "Posse" of users alone. In addition, you can access the modes: "Competition Series", "Showdown Series" and "Great Showdown Series". The mode "Series of Competitions" involves up to 16 players and offers them the opportunity to face off in horseback challenges. These challenges will be as follows: 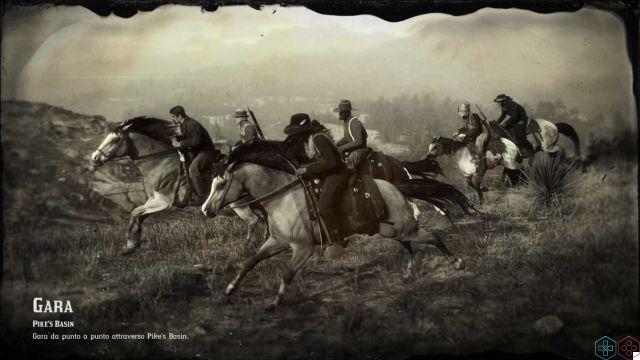 Obviously in the race we will not be idle, but we could hit the opponents with the weapons collected along the way. Or, if waiting to pick up a weapon isn't your thing, go straight to horse punches to slow your opponents down. In all present modalities in "Series of Races" experience, money and bars will be awarded based on the time taken to complete the race as well as the final position.

The modalities offered by "Showdown Series" and "Great Showdown Series" are the same, what changes is only the number of players involved, 32 for the former and 64 for the latter. The types of possible fights will be the following: 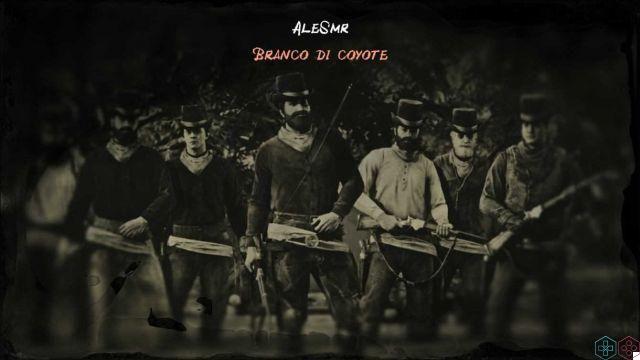 Depending on our score, we will be awarded experience, money and bars. These modes are as interesting as they are chaotic, spawn points are sometimes not well managed and you risk suffering a "spawnkill". However, we are sure that this inconvenience, which has happened to us very rarely and which we report for completeness, will be fixed with the next updates. Finally we remind you that:  “Showdown Series”, “Showdown Series” and “Great Showdown Series"Are also accessible directly from the menu.

In conclusion, Red Dead Redemption 2 Online Beta is like a treat at the end of a big meal. An addition that is very popular, and manages to make the gaming experience even more complete. It will make multiplayer lovers happy and nothing will detract from the fantastic work represented by the base game that will only benefit from it. After all, at no cost you can not ask for better, we are talking about an extremely complete and complex multiplayer add-on, worthy of being a game in itself.

Although Red Dead Redemption 2 Online is in beta, it works flawlessly with only a few sporadic disconnection problems which, however, do not affect the gaming experience. Kudos to Rockstar for a great job, simply flawless even in the online component of a title that will be talked about for a long time.