Red Dead Redemption 2 for PC review: spectacular, when it works

We analyze in this review the PC version of Red Dead Redemption 2, launched with a few too many problems, but still impressive

After more a year of waiting we had much higher expectations for the launch of Red Dead Redemption 2 on PC, but behind a few too many problems, there is a port not to underestimate. We've been playing Rockstar Games' open world western on PC for about ten hours, and we're ready to share our opinions. If you are experiencing any problems, we still recommend that you take a look at our dedicated guide to try to solve it.

By delaying the launch on Steam, Rockstar Games probably wanted to use Red Dead Redemption 2 to bring as many people as possible to its launcher, but the effect obtained was the opposite. The most serious problems of this port are in fact all due to the Rockstar Games Launcher, which unfortunately it also remains necessary by purchasing the game on Steam and the Epic Games Store. Several people have even had problems starting the launcher itself, and for others the game just won't start. Rockstar has however released several updates aimed at solving the problem, which seem to have had an effect for most players.

Unfortunately, once you start the game it's not all roses, and we too initially ran into the complete malfunction of the graphics API Volcano. Usually being the best performing, the latter is enabled by default, but caused for many a fixed CPU usage at 100%, making the title completely unplayable. The only solution was to select in the settings the use of DirectX 12 as a graphics API, but luckily Rockstar has fixed this problem as well. Any issues have also been fixed with the same update full game freezes using DirectX 12. 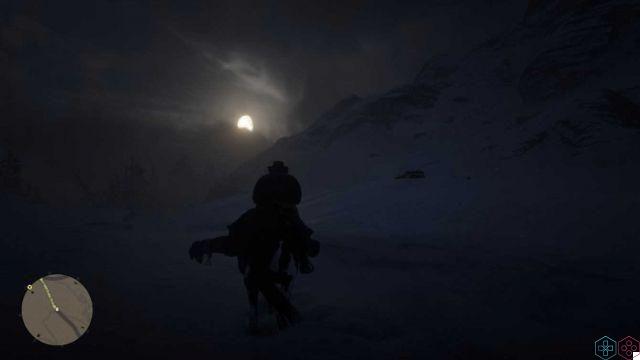 By adjusting the graphics settings to get to the coveted 60fps, it is easy to turn up your nose in front of all the options that must be kept low even on the most performing GPUs. The truth is that this ported looks a lot to the future, and most of the higher options they are not meant for today's computers. In fact, many of the console settings (on which the title is graphically impressive) are equivalent to lowest on PC, and some even lower.

On the PC we tested the game on, it mounts a i5-6600, GTX 970 e 16GB RAM, the results are excellent. It is not a problem to reach the 60fps in 1080p with great graphic detail, but it's also worth sacrificing a few fps to make the game even better. 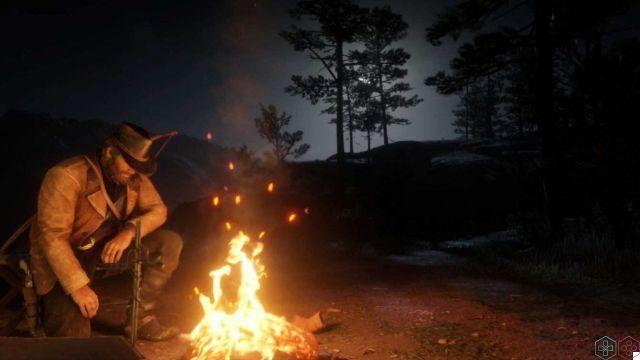 Once the problems are overcome, what then remains? - Red Dead Redemption 2 review for PC

There is not much to say, solved some problems, and passing over some freeze, Red Dead Redemption 2 on PC is just awesome. As mentioned above, even avoiding the higher graphics settings, the Rockstar Games masterpiece really takes your breath away. The quality of the lighting, the detail of textures and interiors, the beauty of the sky and the clouds, meant that we probably spent more hours in the photo mode than in actual play. The photo mode is one of the novelties of the PC version, it allows many customizations and we found it very valid in general. The only thing we didn't like is that there's no way to save directly local photos. These must in fact be uploaded to the social club, and then downloaded to the PC, or more simply captured as a screenshot, always viewing them from the social club menu.


The fluidity of the 60fps and the convenience in the shooting phases of the mouse and keyboard (or of thealternarli to the controller), they serve as icing on the cake. Leaving aside the graphic aspect, the game is obviously the same as last year, therefore considered one of the best of the generation, and an absolutely unmissable masterpiece. Also Red Dead Online offers a similar experience to that seen on consoles, with uploads thankfully much better than those of GTA Online.

Recall that this is the list of minimum requirements

And this is instead that of recommended requirements 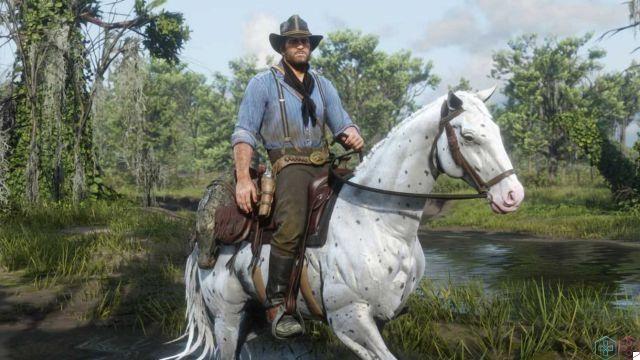 It seems only right to make a small posthumous clarification when writing our review of the versione PC di Red Dead Redemption 2. Our review was written and built based on the pre-patch version of the title that Rockstar made available to users. The same software house has recognized the presence of some errors in the first version of the game, probably due to one specific combination of drivers and NVIDIA cards with certain CPUs. Rockstar apologized to users who encountered these problems, and stated that will continue to work with NVIDIA to further optimize the title. The installation of the patch however, it will not be enough to solve the freezes for everyone, so, if you are still experiencing them you can find the additional solution (recommended by Rockstar) in our guide.


Our initial assessment, therefore, was strongly influenced by the presentation of these issues, in light of the resolution offered within the latest patch released by Rockstar we would like to make changes to the rating of our review giving the title the consideration it deserves.

Finally, remember that Red Dead Redemption 2 was released on PS4 e Xbox One il October 26, 2018, and will also come out on Google Stadia a November. For other reviews, guides, news and specials on video games, go to the dedicated section on our site!

8.8 Once some problem has been solved, you can't miss it!

add a comment of Red Dead Redemption 2 for PC review: spectacular, when it works