After playing Ghost Recon Breakpoint for a long time we are ready to tell you if it has convinced us or not, through our review

Ghost Recon is a historical saga belonging to Ubosoft, born through a tactical shooter with a first person view. Over the years, this IP has undergone changes which led, in 2017, to the penultimate chapter: Wildlands. This title presented itself as a TPS set in an Open World world in which to run around. Ghost Recon Breakpoint is proposed as an improved version of its predecessor but, unfortunately, it fails to shine for various reasons: let's see them in the full review! 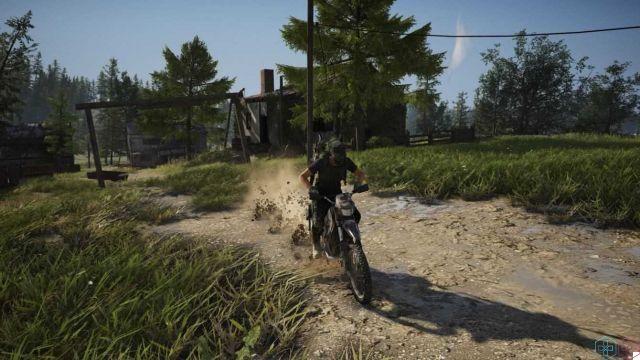 The narrative premises of Ghost Recon Breakpoint are really interesting. At the center of the entire work is the island on which the game is set, Auroa: an artificial paradise that hides a heavy secret. The heads of the agency at the head of Auroa (called Skell Technology) covertly produce different types of war drones. This reason pushes our antagonist, as well as former teammate, Cole D. Walker (having the features of Jon Bernthal) to take possession of this island with his own army: the Wolves.

Our task will therefore be to unseat the wolf pack leader from his throne to save the fate of the planet, but everything doesn't start as expected. Our protagonist (created through a meager editor) will head, together with his team, to Auroa due to some suspicious activity, unaware of everything. The Skell-branded drones, however, do not allow soldiers to land, causing the various helicopters to fall. Wounded and armed only with a gun, our adventure in Ghost Recon Breakpoint begins.

While most of the team members did not survive the crash, we soon discover that Nomad (code name of our protagonist) is not alone. In a cave called Erewhonin fact, there is a HQ full of survivors, who will share our same ideals and help us in the work. 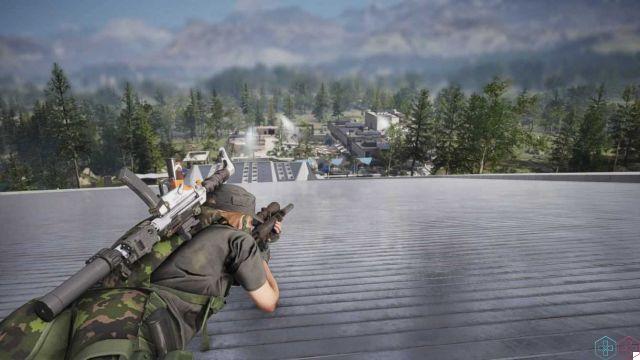 The formula proposed by Ghost Recon Breakpoint is truly classic. In the headquarters we will make the acquaintance of several characters of varying importance. With the latter we will be able to engage in a discussion, or start main / secondary missions. In addition to the various missions that will advance the main plot, in fact, we have the possibility to undertake other completely accessory ones, aimed at deepening the subplots, but above all to enhance our character.

Almost all jobs have a common thread that makes them, in the long run, really repetitive. Whatever the mission, in fact, we will have to head to the indicated point, eliminate the various enemies that occupy it and investigate the next objective to follow, both through documents, and by talking to civilians and not. This rule does not allow to give the challenges the depth they need, affecting the experience of the final player.

In the title there is also a system of schemes that allow you to build weapons or accessories. Finding such drafts is one of the second most important assignments. As previously mentioned, the survey formula includes all the tasks and, in fact, these schemes will appear to us in the quest section only once we have investigated them. One way to make your goal search more dynamic is to set the exploration mode. This mode allows us to eliminate the objectives present in the HUD, basing our searches completely on the information we will have obtained, increasing the immersion.

The game also features two competitive multiplayer modes, which allow the player to level their character in conjunction with the story: excellent found by the developers to increase the importance of multiplayer games and the sense of fulfillment. 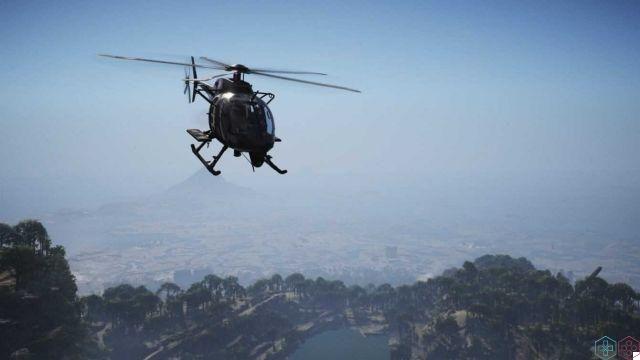 The centerpiece of the game - Ghost Recon Breakpoint Review

Let's talk now about the core of Ghost Recon Breakpoint: the gameplay. Shooting, in this title, gives a really satisfying feeling to the player. We can, as usual, choose the attack mode, between stealth or general chaos. The adventure can be enjoyed alone, or in the company of friends. The elimination of the companions controlled by the CPU, however, is certainly a questionable choice, not because the title is otherwise difficult, but because it suppresses the squadron effect. Of course: he did almost all of our "one man army" even in Wildlands, but why take away the possibility of having a team even in single player?

Ubisoft also wanted to include the elusive in this series tiered system, even as far as weapons are concerned. Honestly, however, we did not feel the need to switch our submachine gun, having a much lower level than what we found, for a long time, since the latter inflicted excellent damage. The weapons, therefore, although of different levels, must be chosen above all for the feeling and the perk possessed.

Also this time there is a large skill tree containing skills that improve numerous aspects regarding our character and his equipment. The tree starts from four class techniques having their own bonuses and class items. We will not be limited to having only one class technique, but we will be able to unlock them all and equip them one at a time at the bivouacs. The latter are the checkpoints of Ghost Recon Breakpoint. Through the bivouacs we get to know the new sistema survival. This mainly consists of selecting one of the different options available to have a temporary buff (for example, drinking gives you greater stamina), as well as creating items that are useful in encounters, such as food and so on.

On top of that, we have a accident system which comes to the surface in case our character takes repeated damage. All these additions, however, are approximate, uninspired and do not add depth to the gameplay. L'artificial intelligence of enemies, finally, is not much. It is excellent that, in case the latter feel a blow, the general searches start. Many times, in fact, we have happened to be surprised by an enemy who had heard a shot while we were stationed with our sniper. The shortcomings, however, show up, especially in the phases in which our cover jumps and the usual "single file" effect occurs, with the enemies waiting to be eliminated in the same way as the students waiting for their ration in the school canteen. 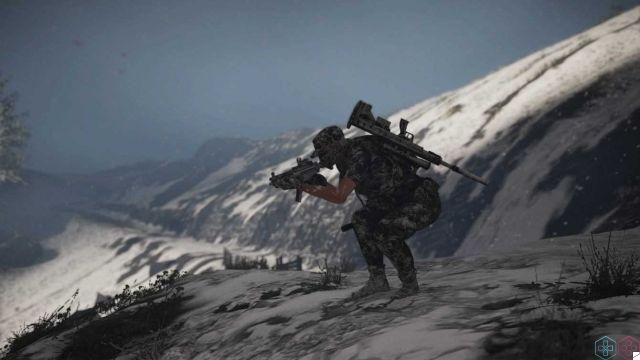 A Few Problems Too Much - Ghost Recon Breakpoint Review

Il graphic side of Ghost Recon Breakpoint is, overall, enjoyable. The various characters are characterized really well, with very convincing faces. The huge game map including several biomes, however, enhances very suggestive landscapes that are in strong contrast to completely bare lands, with lower quality textures. A note of merit certainly goes to stability of the title, also great on smooth PS4 (console on which we tested it). The aspect of customization is there and makes itself felt: both through the loot and through the in-game shop we will be able to buy tactical clothing, but also real aesthetic objects.

The game suffers from numerous bugs, both graphic and non, which castrate the gaming experience. We even had to restart a mission since the NPC we were following was planted in the ground. Another very annoying problem is the management of the camera, which tends to go crazy as we move within narrow structures or spaces. In the title there are also vehicles, but the driving mode (for land vehicles) is completely wrong, with completely surreal movements and vehicles that slide like bars of soap when cornering.

On the sound side, Ghost Recon Breakpoint enjoys a well-made Spanish dubbing. Here too, however, there is no shortage of imperfections. Sometimes the volume of the dialogues is so low that we do not understand the words of the characters (except with the subtitles). In addition to this, we have found several times that the volume of gunshots, vehicles and many other elements was completely absent. 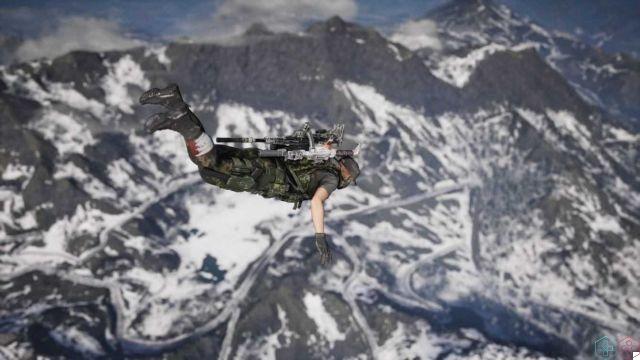 To conclude, Ghost Recon Breakpoint is an ambitious title that unfortunately suffers from numerous problems. The new Ubisoft title is like a box of mixed chocolates, in which no one really excels. The title is, for now, aimed at Wildlands fans and more patient players, given that we are faced with an immature product, which still needs some time to mature.