Darkestville Castle review: a point and click on Nintendo Switch

Cid has also decided to invade new dimensions: that of Xbox One, Nintendo Switch and PlayStation 4. Let's find out in this review Darkestville Castle

Whether you're an old-time or newer gamer, we don't have a hard time believing it's been a long time since the last old-fashioned graphic adventure you played. Probably the most recent you have worked on were developed by Telltale Games, which however have very little in common with the pace of gameplay of the past. Evolution that may have pleased some fans, but much less to those who would like relive the auspicious of the past.

There have been several nostalgia operations recently, such as Thimbleweed Park conceived by the brilliant mind of Ron Gilbert, also original author of the series of Monkey Island. As we will see in this review, it is precisely from this last milestone that Darkestville castle takes more inspiration, a title initially released on PC and mobile, now it is preparing to debut also on Nintendo Switch, Xbox One and PlayStation 4.

Strong roots in the past

We have no doubt in saying that Epic Flame, the developers of Darkestville Castle, are fans of The Curse of Monkey Island. Already at first glance you can easily see the similarities between the two games, both hand-drawn and with the same type of side camera. It is therefore a title that seeks its main target audience among the public armed with a mouse and keyboard, but on Nintendo Switch as you canWould you ever play? We tried it and it was a surreal experience made of laughs and clicks of the past. So let's start from its narrative base, that is the beating heart of the title. 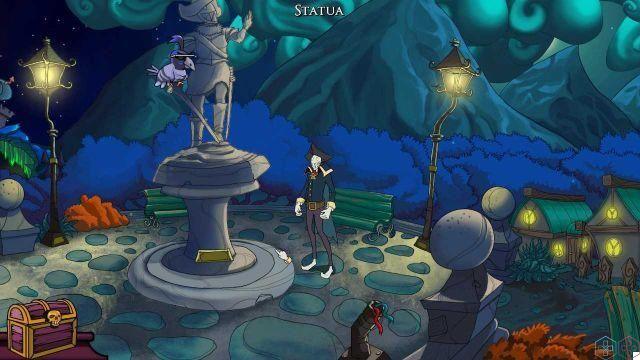 A bit of a jester, a bit of a demon - Review Darkestville Castle

Cid is our protagonist, a clumsy demon who lives a peaceful life inside his castle: he has a comfortable bathroom, a kitchen inhabited by a giant rat and in the cellar he has a trap for intruders. In your free time, therefore always, terrifies and pranks the inhabitants of what would otherwise be the quiet town of Darkestville. By now everyone knows what he is made of, in fact over time they got used to his jokes, so much so that they now consider him an ordinary citizen. Cid loves this village so much that he considers it his own, even trying to become its mayor, failing miserably. 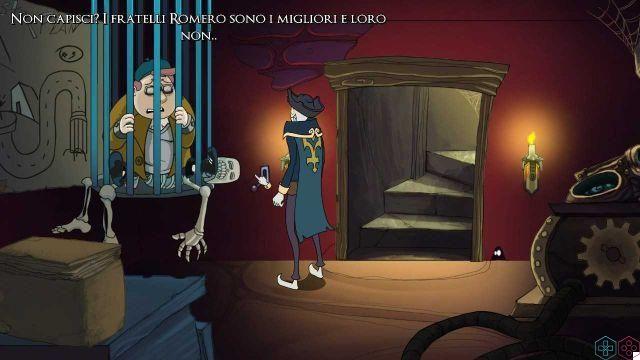 However, this alternative conception of peace will soon end with the arrival of the Romero brothers, that is, a company of demon hunters ready to seal Cid forever. The events continue with some nice demonic twists that we do not want to spoil you. The game lasts, in fact, a few hours and apart from the puzzles and small pearls, the story is perhaps a bit banal and bare. However, Cid's colorful observations and dialogues will never fail to keep us company.

There are numerous characters to interact with both of greater and lesser narrative importance, but almost all of them sympathetic enough to give us more details on the bizarre life in Darkestville. However, it will be necessary to keep your attention high, because even the most unexpected dialogues could hide the right clues to continue the adventure. 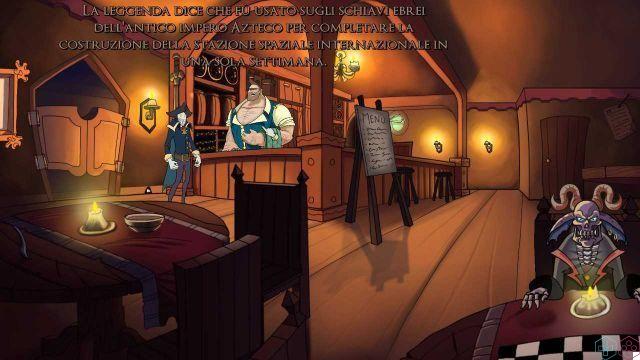 The gameplay game is structured almost exactly like an old point and click. From the main map we select our destination. We can use the stick or the touchscreen to interact with the background and move Cid in the environment. By pointing with the cursor on an object we have three options to discover its secrets: speak, observe e prendere. The first is the most understandable and direct, in fact it serves to initiate a dialogue with the characters of the game, or even inanimate objects. Observing will release Cid's descriptive skills and, by focusing on an object or person, our demon will illustrate its characteristics or an anecdote about him.

Taking instead serves to collect and interact with background objects, but sometimes it was difficult to actually understand what can be acquired and put in inventory. Sometimes it is the graphics that suggest it, other times there is no apparent way to understand it, not even from the dialogues. For example, the logic for which we could and should have been unclear plucking the fur of a giant fly, yet it was crucial to continue the game. Often, in fact, the way to continue is reduced to trying every type of interaction between objects, a very old-fashioned system. 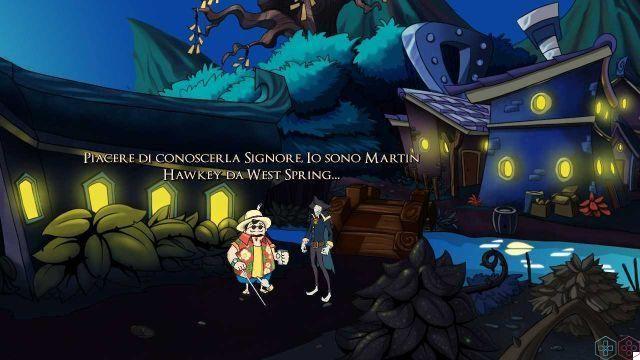 Very often you will find yourself trying to combine items in your inventory or use them on poor villagers for no apparent reason, and when it works you will find that the reason was so dark and convulsive that only the developers or Cid could know. These impossible logics they already hardly worked in the past, however the effort was often rewarded by a masterful narrative evolution. Unfortunately, Darkestville Castle, although pleasant in plot, does not reach the very high peaks of LucasArts.

However, the Epic LLama game does an extremely useful thing not present in games of the past. By pressing Dpad-Up, every object we can interact with is highlighted by a golden skull. It doesn't solve the logic problem, but at least you won't spend all your time scouring the screen for objects or characters to examine. 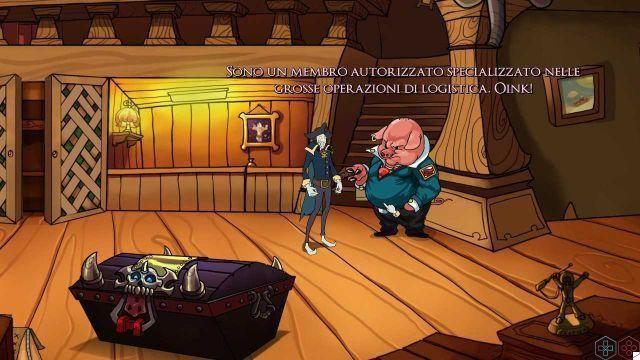 In terms of performance on the Nintendo Switch there is nothing to complain about, everything works perfectly and we did not encounter any problems. The controls are responsive and well suited to this unusual way of point and click play. Even the game mode through the touch screen it is intuitive, directly brought from the mobile version of the title. A small note should be made to the Spanish translation which is stained with some typos. The music is also very pleasant even if in the long run they fall into monotony. 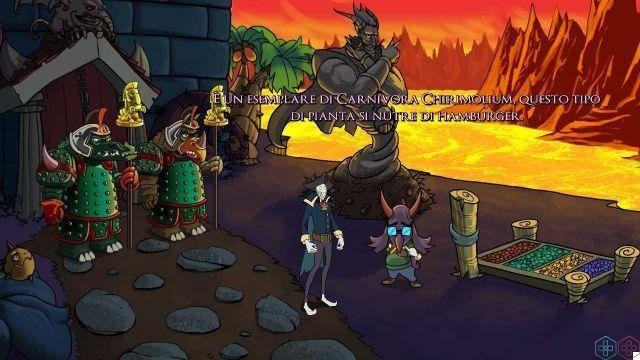 Darkestville Castle is a beautifully crafted graphic adventure and, if equipped with patience, it will be able to fascinate you and capture your attention. The sympathy of Cid and the inhabitants of the village are what mostly drags the story, which otherwise would be rather banal. However, the beautiful colors and novelties for the genre do not manage in any way to hide the flaws that come from a game structure that is a little too old-fashioned. There confusing management of interactions and the impossible logic necessary to advance, can cause many headaches to the most modern gamers. Let's welcome new things and let the old and uncomfortable stylistic features of the genre be buried in nostalgia!

Darkestville castle is now available for PC, Android and iOS. From tomorrow 13 August it will also arrive on Nintendo Switch, Xbox One and PlayStation 4. To stay up to date on video games and technology, we recommend that you continue to follow us on the pages of techigames.