After a long wait we are finally ready to talk about Ashen. We had very high expectations for this indie production which presented itself as a new concept in the souls-like landscape. Will it live up to expectations? Here is the review

Ashen is a souls-like that tries to hybridize the classic formula in a sort of "open word" that further expands the freedom of action within a game of this genre. Precisely this stylistic choice as a representation of the game world has caused high expectations to arise around this work. From the title, however, you will have understood that something is wrong.

The concept behind Ashen became clear to everyone from the first videos shown about this title. Inserting open world elements into a souls-like is a really brave choice. If on the one hand the open game world is fascinating, on the other hand we immediately go against its limits. Let's start from the beginning. We are the last hope of the world after the light has now run out. After this cycle, however, a new light is about to arise. However, not all creatures like this. The most powerful among them, veterans of other eras, want to avoid the rise of a new era. It is up to us to defend this last hope. Let's start moving in immediately an immense but treacherous world. 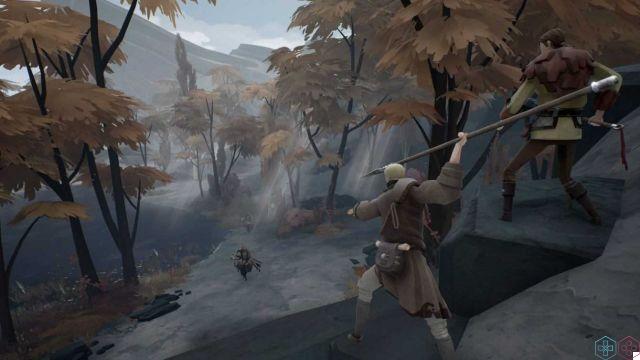 There are so many enemies who will appear in front of us wanting to see us perish without the undertaking being completed. In every ravine someone is waiting for us in the shadows. An open world full of pitfalls that make it difficult to explore and enjoy. Which would not mind at all if there were some prizes and some particular rewards. Instead we find none of this if not some objects of secondary importance. To risk so much for nothing? That is the question, there is no real motivation to drive us to adventure. In addition, the world opens up as we defeat the bosses and following some side quests.


Passing from one area to another, one realizes that in reality there is only one way to change the area. This causes the world to become open in the single area and then inexorably close. Of open there is only the sensation, a frivolous illusion, until you move on to the next area. The situation is different referring to the dungeons that are all well-kept and immersive, too bad they are not always enjoyable. Another noteworthy feature, the justification of the fast travel: only applause for this choice that we leave you to discover for yourself.

Let's take a step back and talk about the evolution of the character. We were initially bewildered by the lack of a "classic" level up system. We've been given each other health and stamina points in a way that initially seemed almost causal. After a few quests, however, we realized that the latter were the key. It will in fact be at the end of this that we will receive an "increase" in statistics. As we advance we will have five slots available to insert modifiers. four of these are "common" modifiers that have more or less the function of rings in a Dark Souls. 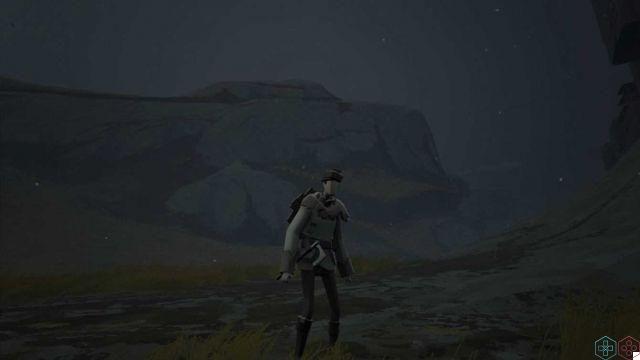 There is also a special modifier that allows you to insert something that looks so much like the banner of a pact in Dark Souls 3, but which is actually a kind of "strongest link". We don't want to do too many spoilers, but we believe the concept is clear at this point. By combining the skills of these five slots we can create a skill set that can be tailored around a specific gameplay need. There are also several weapons. These are divided into two types, single-handed weapons and two-handed weapons.

Single-handed weapons can be paired with a shield or a lantern while two-handed weapons cannot, of course, be paired with anything. We can upgrade the weapons at the central hub of the game (called Asylum of the Drifter) through some objects and the "slag". These are the game currency, a bit like the souls in Dark Souls. We will need a lot of slag to unlock the various weapon power ups, and more. The "skills" we talked about earlier also cost waste. The same for the enhancement of the "flask". This translates into a clear invitation to farming, a necessary evil to be able to enhance the character. Which would not be a bad thing in absolute terms were it not for the fact that we are faced with so many other problems.

The above clashes with what are serious problems that lead us to a technical disaster on ours Xbox One S. If on the one hand you can turn a blind eye to graphics, not in step with the times, and consider it a stylistic choice, what doesn't go down there concerns everything else. Few bosses (and by the way none of them particularly inspired), and too many mobs, one clone of the other. Areas quickly become repetitive and boring. In addition to this we have noticed that in some places there are absurd drops in frame rate, audio lag up to total "death" of sound. If this were not enough we have often encountered game crashes during uploads (which by the way are something terrible, they last up to 5 minutes). 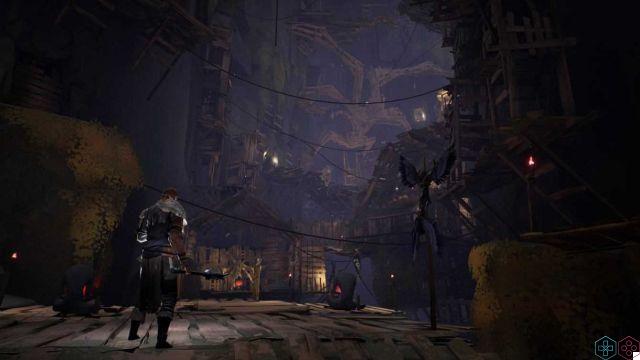 But even if we want to postpone all of this, there is another underlying problem. There is no balance in the game, and while the challenge level is ridiculously low at first, all of a sudden it almost feels like the game breaks down. By choosing certain weapons the damage dealt to enemies will always be extremely low. The choice not to insert critical damage (for example by performing a parry) makes everything flat. Icing on the cake, our attacks will never interrupt those of the enemies nor will we be able to cancel them with a roll to dodge an enemy attack. To conclude we will always have an NPC with us who can help us, if he ever understands where we are. Its artificial intelligence is non-existent. Some doors can only be opened in two ... provided that the NPC arrives and does not leave us alone.

At the end of this journey you will have realized that Ashen turned out to be a total disappointment. Too bad because the chosen formula could be something new and appreciable. Unfortunately we collide with reality, a title with an insufficient technical sector, a low difficulty level but unbalanced enemies that forces hours of farming and ends up boring the player. Ashen is not a fun game.

Nobody will care about the good story Ashen tells, as we believe many will stop long before they beat the second boss., won by boredom or worse by dissatisfaction with the title itself as a whole.