Did you feel the need to disconnect from FIFA or PES for something lighter or simply "different"? Well, Captain Tsubasa: Rise of New Champions is finally here and this is our review

Captain Tsubasa: Rise of New Champions, always translated into Spanish as Holly and Benji, has finally made its debut in the videogame world. The curiosity aroused by a high-sounding name like that of Captain Tsubasa was great, due to the numerous images and previews released in the past months. We, on our side, have wanted to dive into this title without expecting a football game or an arcade game like Dragon Ball Z: Kakarot (latest release by Bandai Namco) had been. Passed or failed? Let's find out together in this Captain Tsubasa: Rise of New Champions review!

Captain Tsubasa: Rise of the New Champions, as easily understood, is the game dedicated to Captain Tsubasa, a young footballer engaged in his football career. Or, for those who prefer the inexplicable Spanish adaptation, it's the game dedicated to the adventures of Holly and Benji. From the numerous advances, it is clear how the intent of Bandai Namco both to give new enamel to a brand of the 80s like Captain Tsubasa. With a work very similar to that operated with DBZ: Kakaroth, we are thrown headlong into the world of Tsubasa Ozora, between a soccer game and a pure arcade. Will Bandai Namco manage to do justice to the franchise?

Launching Captain Tsubasa, in the main menu of the game we notice the first peculiarity. The story mode is characterized by two very distinct modes: the first is “Episodio Tsubasa”, which tells the adventures of Tsubasa Ozora and the Nankatsu team. The second is “Episodio New Hero”, another mode that allows you to play a mode very similar to the "Voyage" di Alex Hunter in FIFA.


The Tsubasa Episode, as already mentioned, will allow us to exclusively control the Nankatsu team, the Tsubasa school. The game, therefore, skips the "youth" tournaments of the series, Genzo (Benji) he has already left for Germany and Nankatsu's goal is to win the third consecutive youth tournament. Through a game of the Japanese national team as the anonymous (and a little sad) New Hero, the game presents us the gameplay tutorial and after a short presentation we are ready to start our single player adventure. The New Hero episode, on the other hand, is an unprecedented adventure all to be played with your own avatar, which will be projected into the professional football world. 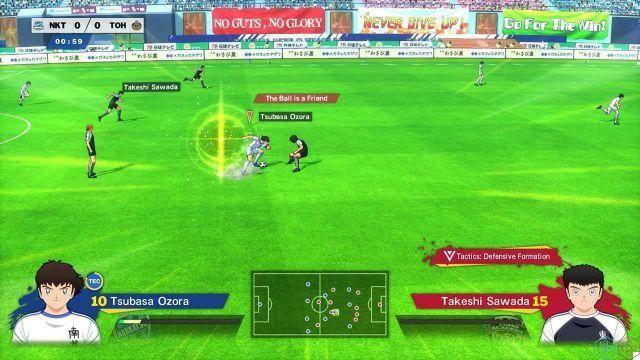 The mode “Episodio New Hero” it's kind of the heart of the whole game, although it doesn't rely on Tsubasa firsthand. In this mode we will have the opportunity to build our career from scratch from a young footballing promise up to the Japanese national team. Following a little in the footsteps of the other story modes of soccer games, eat FIFA or PES, we will find ourselves creating our character and then choosing a school among those known in the series and consequently our "mentor". We are then catapulted into a middle school tournament, engaged in a competition from which they will be selected the best players then projected to wear the national team jersey.

At this point you are ready to embark on your journey into the world of Tsubasa. Getting your hands on this mode is clear right away the RPG mold of the game between multiple choice dialogues, character development and personalization of the same. It is in fact possible to buy hair, t-shirts, shoes and other accessories to personalize your adventures, as well as to collect "Player Points".

These points are essential for increasing your character's stats and honing your individual technique. This mode turns out to be, all in all, an adventure fun and interesting for those looking for something different than reliving the adventures of Tsubasa and Nankatsu firsthand. 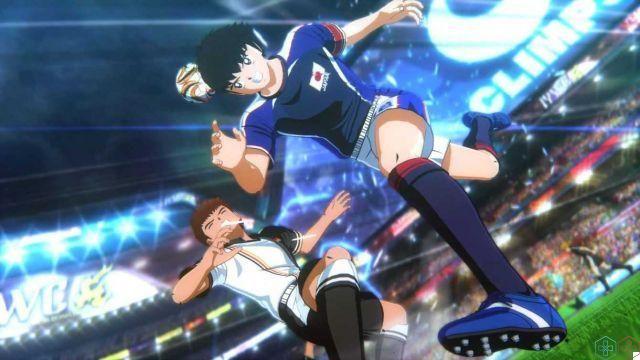 Esteticamente, Captain Tsubasa: Rise of New Champions does justice and honor to the animated series. In full artistic line of that adopted with DBZ: Kakaroth, the game re-proposes everything we have had the opportunity to adore following the series with texture in HD and spectacular animations. The characters are rendered to perfection, the in-game animations work great and the "powers" they are beautiful and satisfying to look at.

By loading the shot with the most famous characters of the series such as Tsubasa or Hyuga (Mark Lenders, so to speak) it is possible to witness the personal techniques of the characters such as the "Guided Shot" or "Tiger Shot". It must be said that the accompanying animations are truly spectacular. In some contested ball occasions, quick actions are accessed, also represented by worthy animations. Since there are no fouls or cards, the contrasts are rough and satisfying, also including the "special" ones that can be performed by certain characters.

The gameplay of the game it's quite simple, being a football game, the goal will always be one: get to the goal, piercing the opposing team through dribbling and passing. The key feature of Captain Tsubasa, to always keep in mind, is the presence of the Spirit baror. This bar will fill up by making passes and shots, and will empty instead by dribbling, tackling or sprinting.

In addition to this there is a second bar, which once filled will allow you to activate the Zone V, that is the special power of a particular team, generally aimed at increasing the stamina (hence the spirit) of the players. This mechanic makes the game quick and full of face-to-face co-turns, with matches featuring very high rhythms throughout their course. 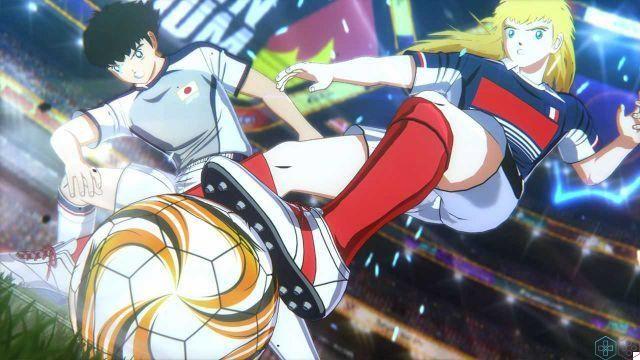 An elephant in the field - As the New Hero - Review Captain Tsubasa: Rise of New Champions

This type of gameplay, heavily geared towards arcade, proves though numerous problems. First of all, in this way the game becomes what is most different from a football simulation: although we did not expect a FIFA competitor, we actually wanted a football game before a new Dragon Ball. In addition, once you enter the mechanics of the game, you immediately realize how much the gameplay is actually cumbersome and repetitive.

Due to the presence of the Spirit bar, it will be possible to score only when the goalkeeper bar is reduced to zero. To achieve this, it will be necessary to continuously engage him until his stamina is zeroed with common or special shots. From this derives a routine that is always the same, slightly enriched by the different super-shots of the characters.

Another point against the gameplay (alas) is dictated by the defensive system and from that of dribbling. Basically, in Captain Tsubasa you can do everything with just two buttons. By holding the trigger button (or making a sliding tackle) and colliding with another player, the ball will be automatically stolen, unless the player dribbles. Similarly, in the attack phase, dribbles are carried out with the same keys as for running or sliding.

From this it arises random gameplay, in which if your opponent were to press the button other than yours, you will be able to win and overtake him, or recover the ball in the defense phase. Consequently, the player statistics system it completely loses sense, since even the strongest of attackers can be stopped by the most insignificant of defenders with a little luck. Sin. 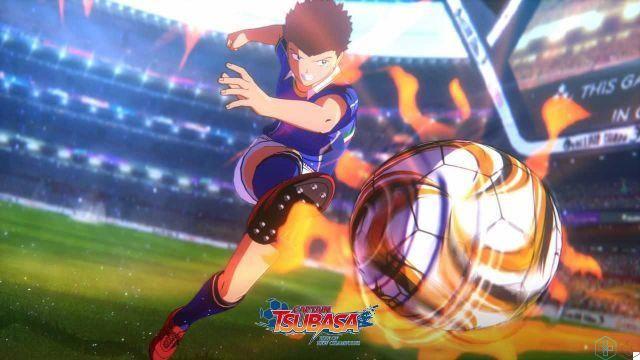 And here we are at the final and summary verdict of this one Captain Tsubasa: Rise of New Champions review. Captain Tsubasa places itself on the market as a primarily oriented game to the fan base of the series, but without proposing a real football game. Although the series is honored with a decent technical sector and a well-articulated career mode, it clashes with problems impossible to ignore.

The woodiness of the gameplay, the repetitiveness of the game and the strong random component are likely to tire soon, leaving the game to gather dust on the shelf after not long. Despite this, Captain Tsubasa entertains and entertains especially thanks to the multiplayer mode, especially if you search an arcade alternative to the FIFA or PES classics.

We hope to have entertained you with this Captain Tsubasa: Rise of New Champions review. As always, we wish you a good session and invite you to stay tuned to techigames for more reviews, guides, and much more about video games. Hello and good football everyone!